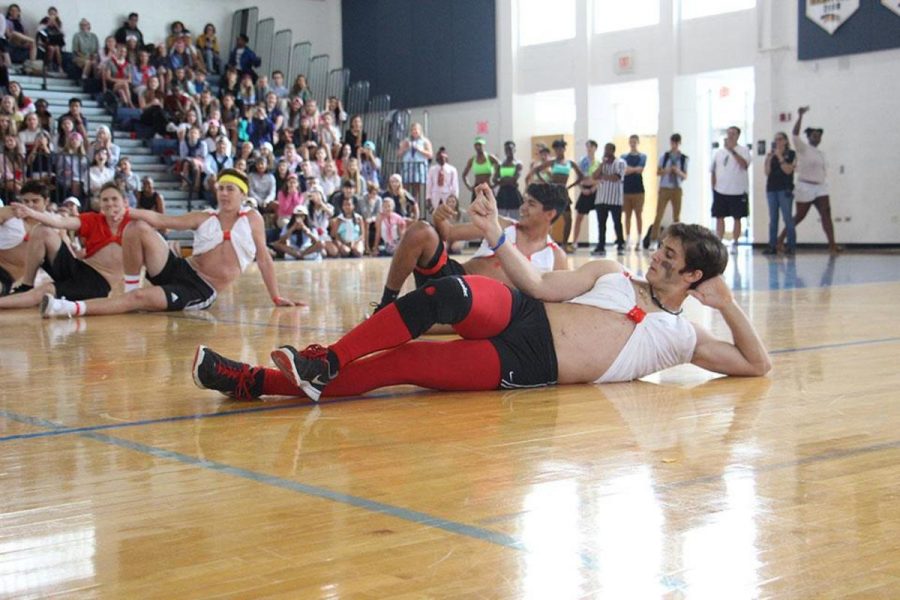 Dancing in the junior powderpuff cheerleader dance, band junior Thomas Devito poses on the gym floor ready to perform in front of the entire school. Each grade had a squad of male cheerleaders perform creative dances and performances.

As Spirit Week comes to an end, students were able to dress up according to class cliques. Freshmen dressed as nerds, sophomores dressed as preps, juniors dressed as jocks and cheerleaders, and seniors dressed as goths and punks. At lunch today there was a powderpuff basketball game and powderpuff cheerleading competition.

“I played because girls don’t get to play at Dreyfoos and it’s a good opportunity to represent my class and play the sport that I love,” communications sophomore Valerie Betts, who played in the powderpuff basketball game, said. 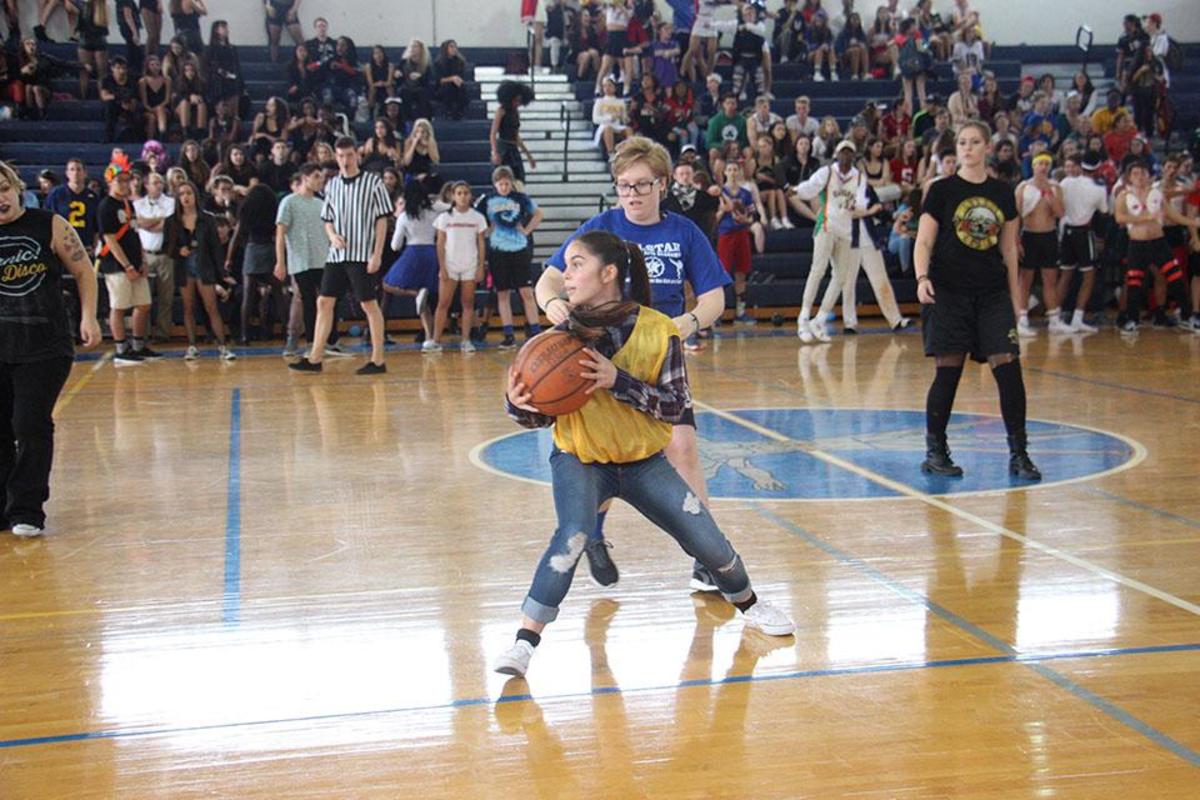 Photo by Haley Johnston
The freshman and junior powderpuff basketball team took the win with a final score of 8-2 against the sophomore and senior team.

At the end of the first half of the basketball game the freshmen and junior team was up 4-2 . During halftime, the boys powderpuff cheerleaders performed. Each grade’s performance was marked by catchy pop songs, popular dances, and scandalous outfits. After deliberation, the judges gave the freshman fourth place, the juniors third place, the sophomores second place, and the seniors came in first place.

“It’s really cool to see that the traditions that have been in place for so long are continuing to carry out with the same spirit as when they began,” communications junior Maya Levkovitz said.

The freshman and junior team took the win at the powderpuff basketball game against the sophomore and senior team with a final score of 8-2.

“I think that our powderpuff team was the best I’ve seen yet. It was a really fun game,” theatre junior Riley Russell, who played in the game, said. 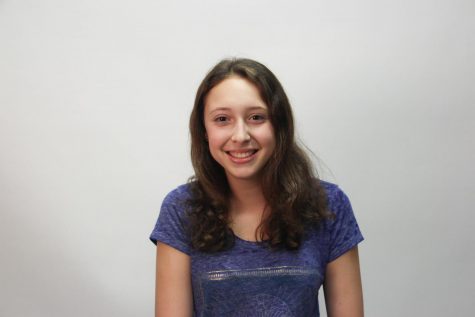 Communications junior Zoë Romano is second-year staffer and news section editor of The Muse. Her main interests are speech and debate, investigative journalism,...