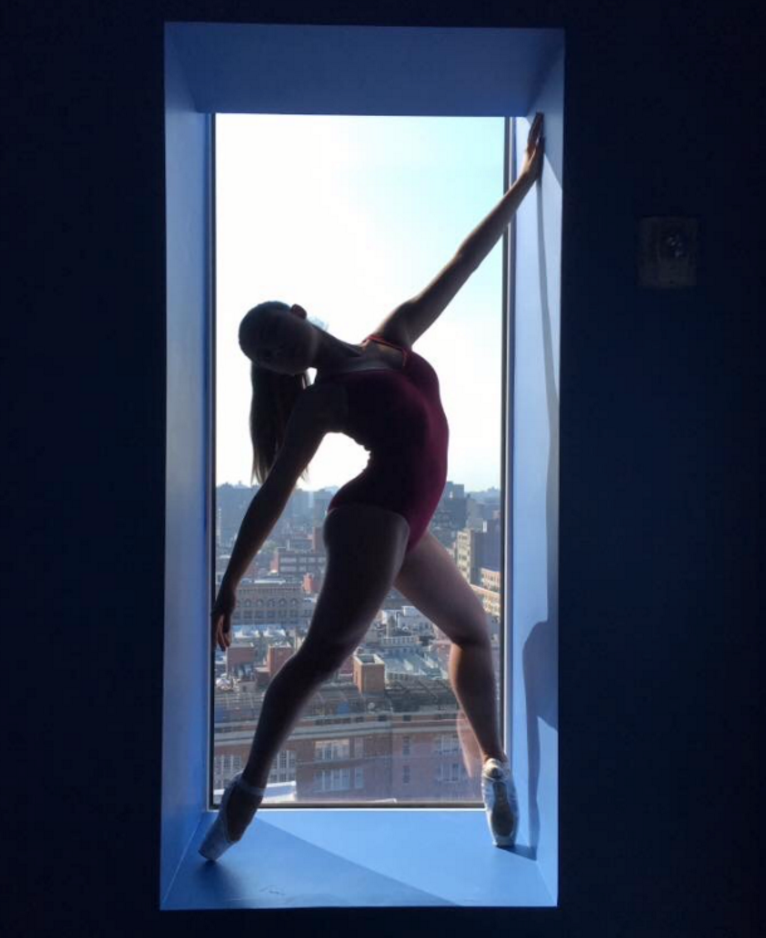 Monterio models in her dormitory at Fordham University. (Photo courtesy of Barbara Monterio)

Monterio models in her dormitory at Fordham University.

A number; that’s all you are when you step into a room of experienced athletes pouring their soul and energy into a series of steps and combinations. The world of dance is ruthless, and everyone wants to learn from the best. Therefore, intense competition has arisen in the dance community to acquire a spot in the world-renowned dance school Alvin Ailey, a summer intensive program in New York. The program is run by choreographers and teachers who’ve devoted their lives to the art of modern dance, who’ve studied various techniques and styles for years and intend to carry on that legacy to students from around the world.

After undergoing a difficult audition her freshman year, dance sophomore Barbara Monteiro received a spot in the notorious summer intensive. Alongside her was a long time friend and dance sophomore Tatiana Nuñez.

“I always wanted to go to Alvin Ailey, it’s been a dream of mine. I started taking the possibility seriously this year because a few guest artists from [Alvin Ailey] came to talk to [dance majors] about [the program,]” Monteiro said. “I felt ready because they teach the same technique here at Dreyfoos. When I received the email, I was so excited I just couldn’t believe it. That feeling of accomplishment and validation definitely boosted my confidence.”

The program provided complementary housing and gave students the freedom to explore New York City. Teens were placed in living arrangements with chaperones, however, they were responsible for their own food and hygiene.

“Thankfully, I was housed with a couple other Dreyfoos students. Because I was by myself I [had to] cook and wash my clothes. It was a learning experience for everyone in my dorm,” Monteiro said. “One morning someone was cooking a sausage and it sounded the fire alarm and I wake up and think ‘The building is on fire!’ So I run up to the kitchen and take the burning sausage as someone opens the window and try to fan it out. It was a disaster.”

Living with friends can be stressful, but in the case of  Monteiro and Nuñez they enjoyed every second of it. Even after the years of performances and classes the two were still learning things about each other.

“It brought us closer,” Nuñez said. “Living with someone is a lot different than seeing them at school. For example, you discover their little habits you would’ve never known about. It would always be funny to watch Barbara drown her fruit in honey every morning.”

Students did not only need to make lifestyle adjustments, but also begin training hard in the studio. The students participated in intense courses five days of the week starting with their first class at noon.  Monterio would either take a pointe or ballet class in the afternoon. After a lunch break dancers would come back for two more modern classes.

“There were dancers from all over: Britain, France, Italy, the Philippines. It took a while for all of us to get along in the dance studios,” Monteiro said. “Everyone was sort of shy in the beginning, but as time went on we all became more comfortable, connecting with each other, and just developing new friendships.”

The intensive focused on technique and conditioning. Everyday the dancers had to do a minimum of 60 push ups and several different core strengthening exercises. The technique classes required precise movements, sharp thinking, and memorization.

“With Barbara and I being good at different things, [the program] pushed us to better in areas we were weak in,” Nuñez said.

Along with the difficult modern classes the students would be performing at the end of the five weeks., choreographer Christian von Howard created a piece that would require a crucial amount of flexibility, energy, and technique. The piece gave dancers a chance to showcase their talent and to be pushed to the limit.

“The dance was so much fun and the choreography was amazing. The great thing about dance is that I’m able to embody different characters which is always fun for me; in this case, we were ninjas,” Monteiro said. “In our dorms, we started talking about the hidden meaning behind our dance and for each movement we came up with weird theories. They were all hilarious and outrageous.”

The program also gave the students a chance to immerse themselves in the diverse New York culture. When she had time off, Monteiro spent her weekends exploring the vast, bustling city environment with her roommates.

“My sense of direction increased. I had to learn how to use the names of streets and avenues to navigate my way through New York. I made some of my best memories exploring the city. We got the opportunity to go biking, visit central park, watch a bunch of different movies, and go out to eat. One weekend they even took us to Six Flags,” Monteiro said.

Monteiro discovered a lot about herself and her strengths through learning from some of the most elite professional dancers in the business, and by living on her own. Alvin Ailey has made her more independent, and she hopes to use the knowledge she’s acquired to improve her performance in the studio and on stage.

“As a dancer I became a lot stronger and more grounded,” Monteiro said. “I’m more of a classical dancer, so going to a modern summer intensive was very beneficial to my experience in dance, and I hope to continue improving. Dance is my form of self expression, and without it, I don’t know what I’d do.” 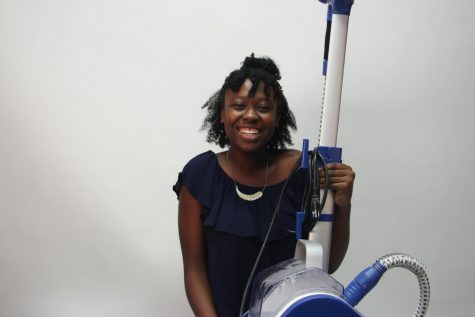 Communications sophomore Danelle Eugene is a second-year staffer and a cover editor on The Muse. Outside of The Muse Eugene competes on Dreyfoos' speech...