The visual department has produced many unusual facets of art throughout the past couple of years. From 3-D printing to taxidermy, students have been exposed to a wide array of trades to possibly pursue in their future. Recently, student’s interest in the complicated craft of animation have fueled many clubs, guest speaker lectures, and even lessons in digital art classes. Visual junior Alex Turner is one of the most active students interested in 3-D animation, as he dedicates much of his time in and outside of the classroom to his art.

“Shows like ‘Flapjack’, and movies like ‘Treasure Planet’ were big inspirations in starting it,” Turner said.  “3-D captured my attention the most because it had everything I wanted; I could sculpt everything and make it realistic ”

Turner has been involved in animation since he was in middle school. Originally, he taught himself how to work in animation programs such as Blender, but upon coming to Dreyfoos he has discovered a culture that embraces every area of art, even if it may be unconventional for a high school student. 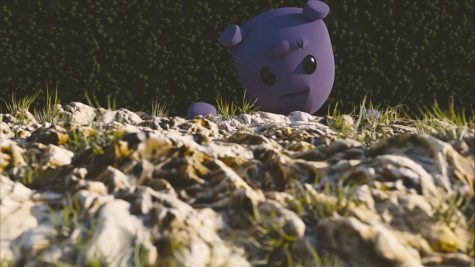 A scene from an original animation created by visual junior Alex Turner.

“Dreyfoos has helped me a lot, by taking figure drawing classes I learned how to draw realistic poses and proportions,” Turner said. “I learned how to use different techniques to improve from [digital teacher] Mrs. Glosmanova, she’s a nerd for animation, so she has no problem seeing and critiquing my work.”

Along with the help of his teachers, Turner is co-president of Dreyfoos’ animation club. This gives him and other students a chance to share ideas about art and show off their individual work with one another outside of the classroom.

“From being co-president of animation club, I get to spread and teach others about what 3D animation is and why I love it so much,” Turner said. “I have tutored two kids so far, though [one] decided to stick to 2-D [animation], I still really enjoy it.”

Turner hopes to pursue animation into his college years, and even as a career. The techniques he has learned so far have taught him many useful skills such as working in a team of people, and patience to make a complete piece.

“Animation is a long process, making a scene can take up to a week to make, after that, rendering usually takes weeks,” Turner said. “[Communications senior Chayse Banks, visual junior Lucio Hernandez and I] started a production channel on YouTube called ‘Allusious Studios’ for film and animation, it’s really cool to be able to upload all of our stuff on there and share it with the world. Ideally, I’d love to work for a studio like Pixar or Disney because of inspirations like [Disney animator] Glenn Kene who drew ‘The Little Mermaid’ and ‘Treasure Planet,’ his story really inspired me and taught me a lot about animating and progressing.” 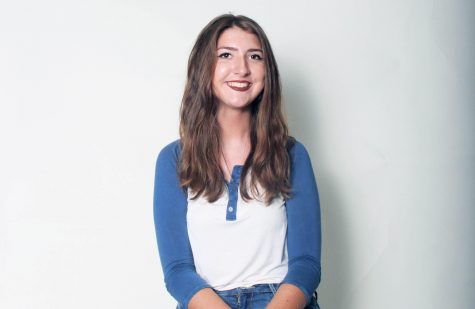 Communications senior Lexi Marcellino is a third-year staffer and the Head Copy Editor on The Muse. She has a passion for news writing and grammar, and...