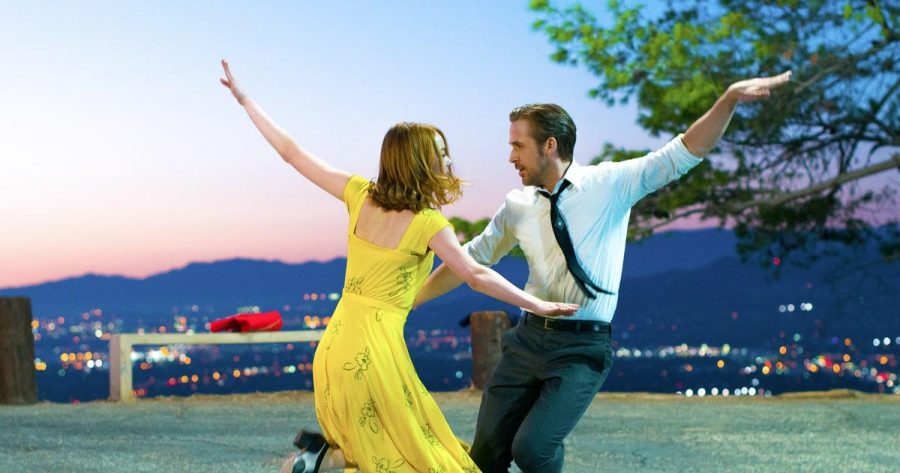 Ryan Gosling and Emma Stone co-star in the hit musical La La Land, about a struggling pianist and actor in Los Angeles.

As the year comes to a close, 2016 will definitely not be remembered as one of the greats. Countless celebrity deaths, tragedy after tragedy, and the election of Donald Trump have all contributed to a lackluster year that didn’t stop when it came to the silver screen. This year, the film industry seemed to be full of disappointments. It promised to be another year full of sequels and spinoffs, big budgets and beautiful looking independents, following the trend seen so far this decade. Coming off the heat of two relatively strong years with 2014 and 2015, the industry seems to be all over the map, ranging from critically acclaimed pieces like La La Land, Arrival, and Moana, to atrocities like Collateral Beauty, Independence Day: Resurgence, and The Purge: Election Year.

Even though 2016 was full of disappointing movies, the year had its share of great films that prove the industry is far from dying. The superhero genre, which constantly seems as if it is the same thing over and over again, spit out a number of films that continue to reinvent the franchise to keep it alive for another few years, despite some others that seem to be dragging it to its death. Deadpool proved that sticking to the source material while adding an extra flare of excitement could be beneficial to the end product. Keeping the violence and graphic nature of the comics made the film stand out, and its R rating attracted audiences rather than turned them away. Doctor Strange brought about a new hero that has already become some fan favorites after just one film outing. It may be Benedict Cumberbatch’s charm or the excellent story, but it is certain that fans will be craving for the release of the sequel as soon as possible.

Above all, the movie that stood out the most was Captain America: Civil War, winning the “superheroes fight other superheroes” battle against Batman V Superman: Dawn of Justice. The action sequences, characters, and story helped propel this movie to be the greatest superhero movie in the past two years. With all the movies mentioned property of Marvel, this shows that it continues its reign at the top of the throne as the best studio for superhero films, handily beating out DC’s attempts to start its own universe.

Animation, not surprisingly, continues to act as a solid genre that, in many cases, seems to tell better stories and produce better movies than live action. Disney’s Zootopia and Moana were great additions to the repertoire of great animated films seen in recent years. Illumination Entertainment also came to the forefront with their popular films The Secret Life of Pets and Sing. Finding Dory, Pixar’s most recent effort, showed that not all Pixar sequels are subpar, acting as one of the best Pixar films since reaching its height with films like The Incredibles, WALL-E, and Up.

Oscars season, which typically falls in the October through December time frame, contained some much needed hits that helped save the year from total disappointment. Arrival, easily one of the best films of the year, kicked off the season in full swing by offering a stirring story that highlights the importance of language and communication with a sci-fi background. Fantastic Beasts and Where to Find Them was a solid spinoff in the Harry Potter series that offers promise and hope to a series that nobody wants to see go any time soon. The Edge of Seventeen, the best teen high school movie since Mean Girls, and Fences, a dramatic and thought provoking tale of a father raising his family, are both great films that will please audiences through their quality of story. And following 2014’s critically acclaimed Whiplash, director Damien Chazelle has released one of the most inventive and experimental films of the year, La La Land.  In a musical about finding romance in the ups and downs of the harsh reality that is Hollywood, this film showcases Ryan Gosling and Emma Stone giving their all during the exquisite musical numbers littered throughout the film. It ended the year on a high note (literally) and giving audiences hope that 2017 will be much better.

Now that the best of the year has gotten out of the way, the worst of the year permeated all throughout the course of 2016, featuring disappointing after disappointing movie. This was a unique feature for films this year, as most of these films had the potential to be good or were expected to be of some high quality, but just didn’t deliver on what the trailers promised.

The first major disappointment of the year came in March, with the highly anticipated Batman V Superman, the sequel to 2013’s Man of Steel. For the first time ever, Batman and Superman would come together on the big screen and fight it out. The hype had been building since the summer of 2015 when the first trailer was released, and many were ready to see what should have been one of the best superhero films of all time. Not only did the film lack likeable characters, a cohesive plot, and genuine stakes, but it also failed to be even remotely entertaining, and it set the stage for how the rest of the year’s films would turn out.

The summer movie season promised big budget films that would please audiences the same way Jurassic World did in 2015. Unfortunately, that promise was not kept, as most of the summer showcased forgettable after forgettable movie. Alice Through the Looking Glass didn’t improve the failing career of Johnny Depp any more than his cameo in Fantastic Beasts, and Teenage Mutant Ninja Turtles: Out of the Shadows was yet another sequel that nobody asked for and nobody saw. Now You See Me 2 had the opportunity to be a guilty pleasure, like the entertaining movie  that was its predecessor, but it fell flat with a lazy plot full of contrivances that even Morgan Freeman couldn’t save. The sequel to the ‘90s classic Independence Day might have been the Jurassic World of 2016 had much more effort been put into the film. But, while visually stunning, the movie felt unnecessary, especially without the much needed presence of Will Smith.

What capped everything off was what may have been the saving grace of the summer season, Suicide Squad, which premiered in August and  was set to leave the season on a high note. Instead, Suicide Squad showed that amazing trailers do not always translate into an amazing movie. Jared Leto couldn’t deliver as The Joker, Margot Robbie delivered as Harley Quinn only somewhat, and Will Smith was Will Smith. The movie put another nail in the coffin of superhero movies, and continues to leave a bad taste in viewers’ mouths.

Countless other movies were laughably bad,  such as Ben Hur, Gods of Egypt, and Masterminds, some of which many may have even not of heard of because they were simply swept under the rug where they belong.

If there’s anything good to be said about 2016, it’s that it is coming to an end. The movies brought disappointment after disappointment, with some great ones thrown at us recently to try and save the year. It’s time to look ahead and prepare for what’s next in 2017. Aside from the few truly great hits, it would only be best to try and collectively wipe 2016 from our minds for good. 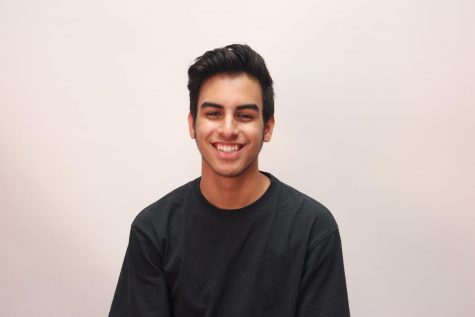 Communications senior Cody Baez is the Opinion Editor of The Muse. It is his third and final year on the publication and hopes to accomplish a lot...