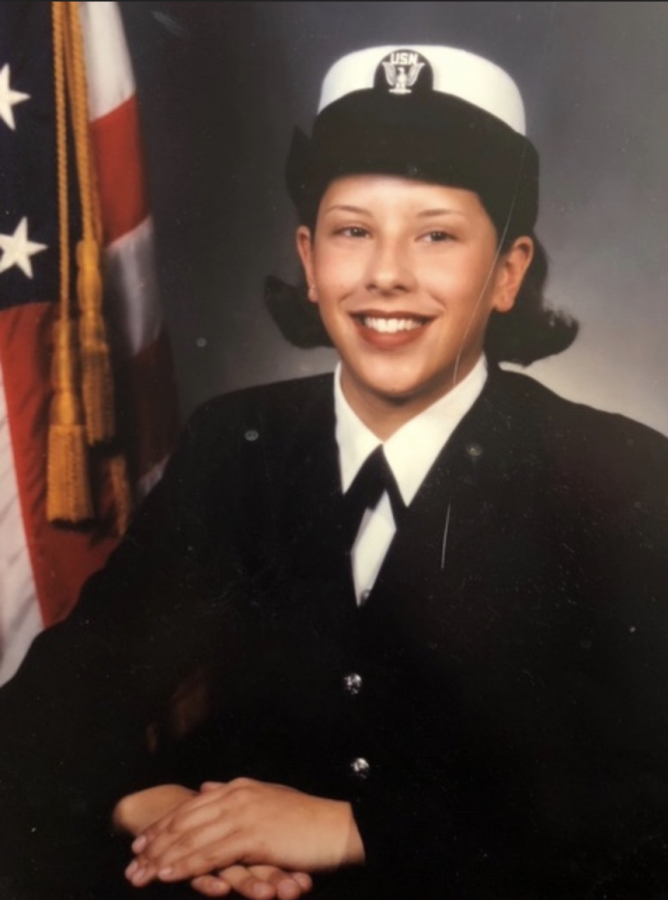 How do you reflect on your service this Veterans Day?

My service matters more than I thought at the time that I was in it. When you’re living the day to day, you don’t realize the magnitude of what you’re doing until years later. So that is, I think, the biggest takeaway for me: that I did a lot more than I thought I did.

Why did you join the U.S. Navy?

I wish I could give you a patriotic answer, but I can’t. I can only give you the honest one: At the time, I was 19, I was rudderless, and I was going to college, but I really had no direction. The ambition that I had that drove me through high school really just kind of deflated, and my best friend at the time, on a whim, told me she was going to join the Navy. And I, like a sheeple, followed her and did it.

What did you learn from that spontaneous decision to become a servicewoman?

I learned that it’s OK to not know what you’re going to be or what you want to do, which is funny, because now, having a son in college, I want so badly for him to have the direction that I didn’t have. But, I find myself being much more understanding of the fact that, even if he doesn’t know, it’s OK. I just think that as you go, you learn a lot about what you want to do and want to be. More importantly, by observation, you learn a lot about what you don’t want to be and I think that that’s a powerful learning tool.

How does your service experience translate to the classroom?

Oh, Lord… Too many ways. I am a creature of habit: I like routine, I like stability, and I like knowing what we’re going to do. I give everyone a calendar every quarter so we know at least there’s a guide as to what we’re going to get done. I also like the muscle memory of training, too. I think that’s probably why I love grammar as much as I do, because grammar allows for that type of learning to take place, and kids really thrive in it. I like to make sure that we’re all working together to get to the same place.