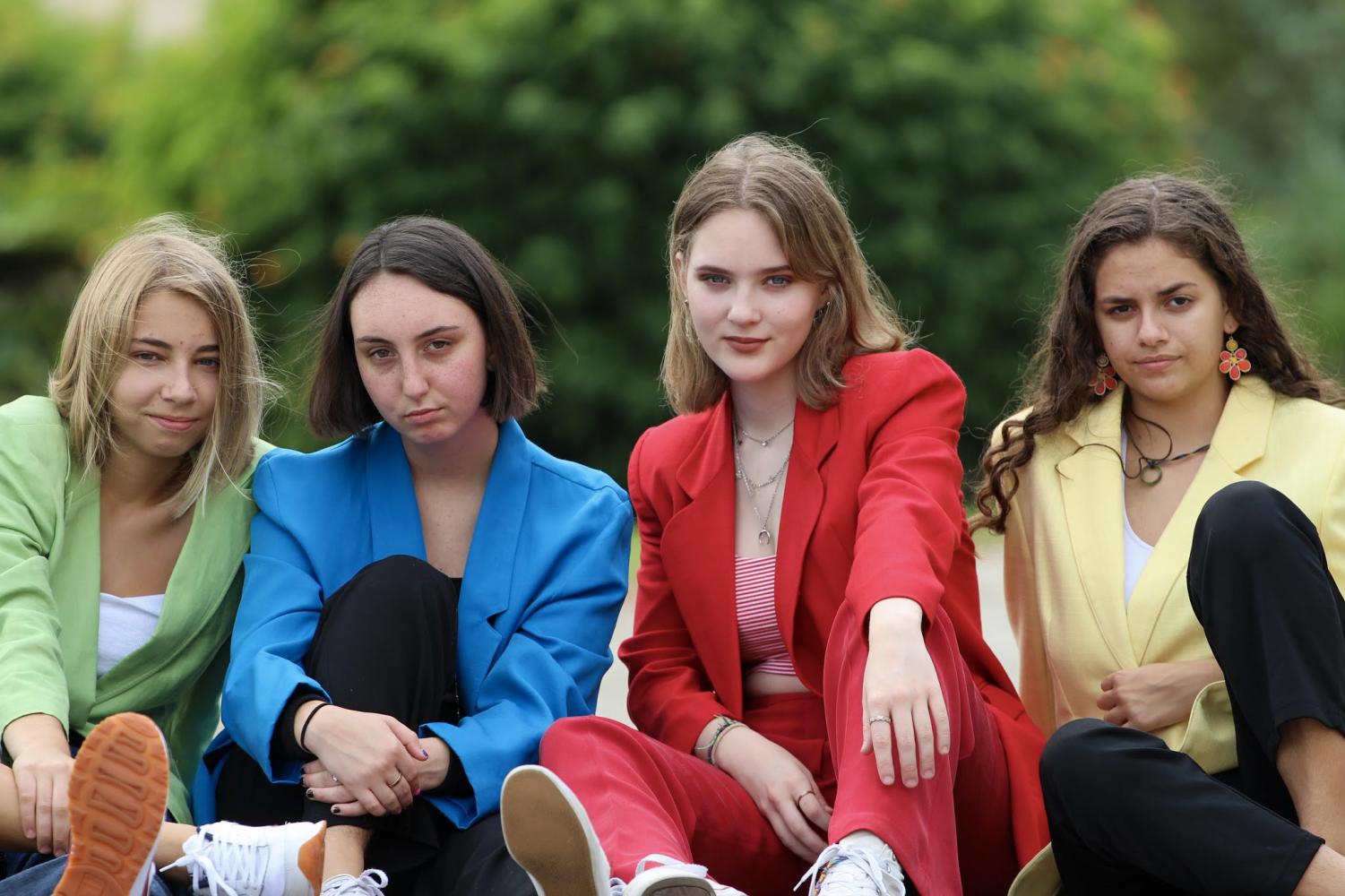 Against the odds of their hectic school lives, Watching Paint Dry persisted because its members believed in something larger: music.

WPD has released two original songs. The first is “She Lives in Your Neighborhood,” a mellow, lyric-driven song about emotional and physical distance. “Rock Bottom” is their second, empathizing with those who have struggled with mental health. On Spotify, they have over 10,000 plays combined.

“You can get lost in the music,” Andric said. “You can craft your own version of what [Goldenfarb is] singing about. Whenever the songs come on my playlist, I have to sit down for a second and just listen to them. I can’t walk around and listen to the songs at the same time.”

Their music is a fusion of classic and contemporary, Pink Floyd and Wallows, rock and indie and pop—though they aren’t quick to label themselves.

“I don’t want to be committed to one thing,” Weiss said. “I want us to be able to grow and change […] All of us have different personalities, different influences we would like to have, and different tastes. If we’re all so different, we should be able to have different sounds.”

Initially, their differences across majors and grades were a concern for the band, but the worries have since faded.

“We were going into this completely blindsided, didn’t know if the personalities would fit, if the music playing would fit, how it would turn out,” Andric said, “but it was an instant click. They all walked in through my door, and we were friends immediately.”

For Magnolia, who plays the cello, the band gives her the opportunity to work with music in a more creative and individual way.

“I just do whatever I want, which is so liberating,” Magnolia said. “We all jam, I play what I want, and then I’m like, ‘Oh, that’s cool.’ We play it, and then we record it.”

WPD’s songwriting process is organic and collaborative: Goldenfarb comes into rehearsal with a chord progression and some lyrics. As she plays, her bandmates join in, tweaking their harmonies and rhythms until it sounds complete. They still manage to inject rehearsals with a healthy dose of teenage fun, though.

“There’s a lot of snacking,” Magnolia said with a grin. “There’s a lot of laughing. We also switch instruments, […] and we all play each other’s parts sometimes. We play around a lot, but we also get the job done.”

In the haze of theatrical fog, illuminated by the  ultraviolet, fuchsia, and lime light of the American Rock Bar on Aug. 4, WPD performed live for the first time.

“[Performing] onstage has that adrenaline,” Weiss said. “Abbey and I had a moment when we performed at a gig, this surreal feeling of, ‘This is actually happening.’”

As a filmmaker at Dreyfoos, Goldenfarb likened recording a song to filming: It’s a “slow process,” but everything changes onstage.

“When we’re performing live, it’s like one take,” Goldenfarb said. “It’s one shot, and it feels really good to nail it in one shot […] The energy is a lot more vibrant at gigs because we have people singing along with our songs.”

WPD performed a two-hour set list at SGA’s Fall Dance on Oct. 17, including covers of songs such as “4EVER” by Clairo, “Kids in America” by Kim Wilde, and “I Want to Hold Your Hand” by The Beatles.

More recently, WPD has been developing an album of eight or nine songs, set to be released in December. Listeners should expect an “epic drum solo” as well as “more individual attention to the band members” lyrically, thematically, and compositionally, Goldenfarb said.

“We definitely go out of our comfort zones,” Andric said.

Their first two completed songs (“When the Rain Falls” and “Under the Jacaranda Tree”) began as an 8-minute tribute to Magnolia’s grandmother, referencing the yellow-petaled trees that meant so much to her.

“[My grandmother] always said, ‘I want this tree,’” Magnolia said. “We were so young at the time that we didn’t really think about it and [buy] the tree. So, this is me giving her the tree now.”

WPD plans to continue making music with the hope of turning it into a career—touring, performing, and seeing the world.

“If you were to ask me my dream job, this is it,” Weiss said. “I see us performing on stage at concerts. The reality now gives me inspiration and hope for the future.” 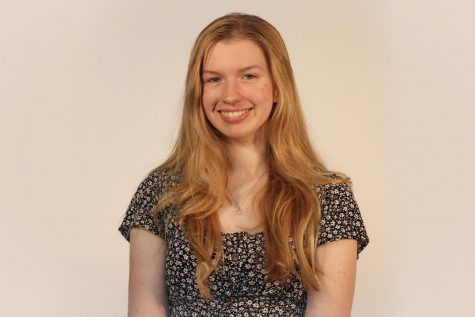 Emma Garrett is a second-year staffer and the arts editor of The Muse. When she’s not writing feverishly, she’s reading whatever she can get her hands...