It’s time we take a closer look at the problem behind our test preparation. (Amanda Cohen)

It’s time we take a closer look at the problem behind our test preparation.

TEST PREPPING FOR THE FUTURE

Unfortunately, when Lori Laughlin appeared on our TV screens in late 2018, it wasn’t to reprise her role as aunt Becky. Rather, she and 33 other parents had been accused of using fraud and bribery to get their kids into some of the best universities in the country; needless to say, it was a completely different type of performance. Beyond the major conversation about whether Aunt Becky would return to the “Full House” spin-off “Fuller House,” this scandal raised questions regarding exactly what lengths students have to go to get into top colleges today. Perhaps the even more pressing issue, what amount of cash has to be spent to get into top colleges? Even tools as simple as test prep tutors could be part of a much larger wealth gap in our education system.

The college admissions process is more competitive than ever, essentially demanding that students step up their games when it comes to applications. Angela Dunham, a former assistant director of admissions at Dartmouth College, told Business Insider that “in addition to the sheer number of applicants applying, the expectations for candidates have increased.”

Colleges now expect that on top of having exemplary grades and the test scores to match, students also must have what Eric Furda, the Dean of Admissions at Penn State University, defines as “absoluteness.” Furda explains that increased proficiency of students has called for admissions officers to look beyond “absolute merit of grades,” and place greater value on students’ overall testing abilities. Especially at a school like Dreyfoos, where arts, grades, and extracurriculars already play such an essential role in our lives, SAT and ACT scores can be what gives us the well-rounded nature that colleges desire.

Increased college standards have grown the test prep industry at an exponential rate in the past few decades. Market Watch reports that the industry is now valued at $1.1 billion dollars, with 25 percent of this being test preparation services such as tutors and group classes. Private tutoring and test preparation have become a lucrative business, but high demand entails high costs. Anthony-James Green, the CEO of Green Test Prep, an online SAT and ACT practice program, writes that he could charge “up to $1,000 an hour” for his test preparation services. With rates this high, it’s hard to believe that most low-income students could easily afford the same standard of test prep as wealthy students.

The Brookings Institute explains that, comparatively, the achievement gap between households that earned less than $80,000 dollars versus those who made more, increased over a period of four years. This proves that students from low-income households have been put at an inherent disadvantage when it comes to taking tests like the SAT and ACT. Resources such as tutors, proper learning disorder medications, and practice tests are not privileges extended to everyone. The truth is that, despite what we all want to believe, education in this country is not available to everyone. Rather opportunity can be bought and sold like its nothing, even when it makes all the difference for low-income students.

That said, there is a solution.

Schools across the country should be providing free SAT and ACT tutoring services for students who may not be able to afford a private tutor. The problem with the system is not entirely the test prep itself, which I hope is helpful to students who suffer from things like test anxiety, but rather that these resources are not available to everyone. If schools were to implement tutoring services on a wider scale, maybe that would be an opportunity for students to once again truly compete. Parental income should not be able to determine how much assistance you get.

If we sacrifice our ethical principles in our pursuit of the future, we make ourselves out to be no better than aunt Becky. We need to stop allowing our wealth to be what defines us. Plenty of phenomena in this world offer some people an advantage over others, but unequal education access shouldn’t be one of them. Education is something that plays a role in our very cores, it determines how we view and participate in the world around us, it is the very foundation of who we are. So, when it comes to preparing for our futures, we should all be on the same page.

The Muse welcomes all student opinions and encourages readers to share their thoughts on this or any other recent Muse article by submitting letters to the editor. We look forward to reading and publishing the best of what our student body has to say. 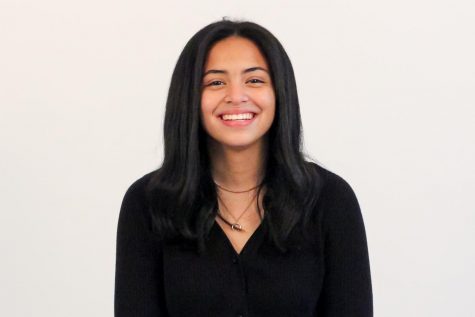 Communications senior Melodie Barrau is one of the coverage editors and a third-year member of The Muse. She is also a member of the Dreyfoos Speech and... 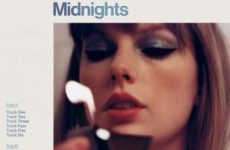 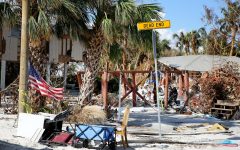 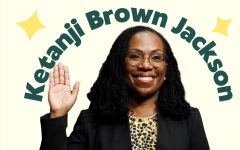 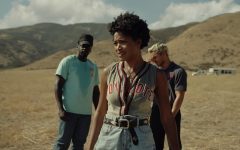 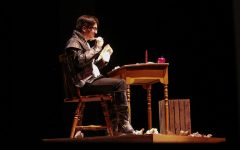