Supreme Court Justice Ruth Bader Ginsburg was a trailblazer in the law and a pioneer in the field of gender rights—and most notably a role model to millions.

Photo courtesy of Lynn Gilbert, Collection of the Supreme Court of the United States

Supreme Court Justice and feminist icon Ruth Bader Ginsburg died at age 87 on Friday night. Ginsburg had continuously struggled with health problems during her time on the Supreme Court, surviving cancer three times. The court’s statement reported that she died from pancreatic cancer.

“Our nation has lost a jurist of the highest stature,” Chief Justice John Roberts said in a statement. “We at the Supreme Court have lost a cherished colleague. Today we mourn, but with confidence that future generations will remember Ruth Bader Ginsburg as we knew her—a tireless and resolute champion of justice.”

Ginsburg’s impact on the U.S Justice System, along with her persistent push for gender equality, was felt all across the nation. She graduated first in her class at Columbia Law School then landed a job as an attorney in front of the US Supreme Court. After years of practicing law, she was appointed to the Supreme Court as the second ever female justice. The “Notorious RBG,” has no shortage of accomplishments.

She was also seen as a hero on Capitol Hill, as Speaker of the House Nancy Pelosi said in a statement, “The loss of Ruth Bader Ginsburg is devastating. Justice Ginsburg embodied justice, brilliance and goodness, and her passing is an incalculable loss for our democracy and for all who sacrifice and strive to build a better future for our children.”

In her later years, Ginsburg became a pop culture icon for the younger generation. Her quotes were turned into T-shirts, her face was reproduced as a feminist icon, and her signature lace collar was worn for Halloween costumes. The documentary “RBG” and blockbuster film “On The Basis of Sex” both chronicled her life, leading to further notoriety with the public. Young girls especially saw her as an example of how to lead their lives.

“I definitely try to lead and be a pioneering feminist in the way that she was,” said theatre alumna Skylar Geraghty, who once played Ginsburg in a theatre showcase. “I think it was just so inspiring for young women to see what she had done and how she was able to stand up for them.”

Ginsburg, a left-leaning justice on a majority right-leaning court, dictated her final wish to her granddaughter, asking that she not be replaced until a new president is appointed. However, as President Donald Trump is currently in office, he has the opportunity to appoint her successor.

Senate Majority Leader Mitch McConnell and other republicans in the Senate hope to appoint her replacement before election day to ensure a 6-3 majority in the court. Democrats, however, argue that it should be held off until after, citing the blocking of President Obama’s nomination of Merrick Garland to the Supreme Court in 2016, which also occurred during an election year.

As it stands, the Supreme Court has a right-leaning majority, so the decision of Ginsburg’s successor will have a significant impact on the court’s political balance. President Trump released a list last week of people he is considering to fill the vacancy, one being former presidential candidate and Senator Ted Cruz.

However, no matter her replacement, Ruth Bader Ginsburg’s legacy will never be forgotten. Her decisions and accomplishments continue to affect our legal system and our everyday lives. And upon her death, a politically divided nation collectively mourns her loss. 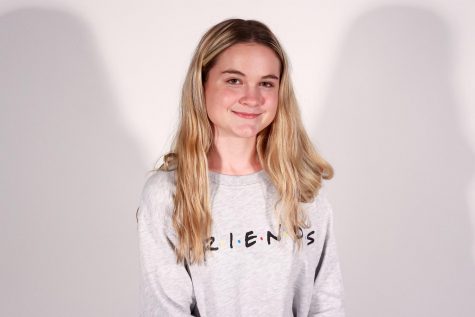 Jenna Lee is a second-year staffer and coverage editor on The Muse. Apart from working on the publication, Jenna also competes in Public Forum Debate on...

In my eyes, Supreme Court Justice Ruth Bader Ginsburg stood for something that has become rare in American politics: Advocacy beyond a political agenda. She stood for having the courage of your convictions, righteousness in the face of opposition, and dissidence in the face of devastation. She was a role model to me because above all else, she stood for the people—regardless of gender or whether you’re majority or minority—she was our advocate.

Ruth Bader Ginsburg was the voice for the voiceless, and in the wake of her passing we have to honor her in the manner she would have wanted: Become the advocates she knew we can all be.

Justice Ginsburg spent her entire life fighting to forge a path for those who came after her, despite facing adversity like no other. Her law career and her life were devoted to service to the people. Throughout the beginning of her career she faced sexism within her law schools while balancing the care for her husband, who was fighting cancer, and yet she was unrelenting. She fought for gender equality and advocated for the LGBT Q+ community that stretched beyond a personal impact. Above all, Justice Ginsburg strived to use her position as inspiration to others. Justice Ginsburg once said, “Fight for the things that you care about, but do it in a way that will lead others to join you.” She understood that power will always lie with the people and that the way we lead will define our legacies—and that the people she inspired will define her legacy above all.

On her deathbed, Justice Ginsburg remained unrelenting in fighting for what she believed to be right for this country.

Justice Ginsburg noted that “My most fervent wish is that I will not be replaced until a new president is installed.” She strove for balance on the Supreme Court. She made every effort to ensure that the views and beliefs of the American people were represented fairly and equally in their highest court. Justice Ginsburg made every effort to see the end of the Trump administration to ensure that the court would remain a balanced representation of liberal and conservative beliefs, and although she was unable to do that, I hope that the Senate honors her request. As a pioneer of preserving and improving US democracy, she deserves the respect of having her final wish honored.

The impact that Justice Ginsburg had on me and on this country is difficult to put into words, and it is even more difficult for me to articulate the depth of her loss. I, like so many, had dreams of meeting Ruth Bader Ginsburg and telling her just how much she’d changed my life and my view of our government, now those dreams will always just be that. I never met RBG, yet somehow I felt her effect in every part of my life. As a speech and debate student who faced sexism and exclusion on local and national competition levels, her words inspired me to push past the obstacles that I faced, as a member of The Muse her outspokenness and her advocacy motivated me to do the same, as a women her confidence and courage pushed me to be unrelenting in my pursuits. When I found out about her passing, it was as though the rug had been pulled out from under me, like a guiding light had been extinguished. I never met RBG, but the influence she had on my life and many others is a testament to who she was at her very core. Her words, her attitude, her perspective, and how she carried herself inspired people like no other. She was a figurehead, a trailblazer, a pioneer, and an inspiration to millions, that was who Ruth Bader Ginsburg was.

In the face of a world without The Notorious RBG, it is easy to lose hope in this government, with callousness like that demonstrated by Senator Mitch McConnell, who vowed that “President Trump’s nominee will receive a vote on the floor of the United States Senate,” regardless of RBG’s last wish. Despite this, we have to understand that what is harder is to keep faith in our government. I implore everyone reading this today to voice your thoughts and perspectives the same way RBG did, despite the possibility of the world’s dissidence, to distinguish yourself from the rest with your own collars, and to articulate yourself the way she did. For as long as I can remember, a sticker of Ruth Bader Ginsburg has been on the back of my phone, I’ve kept her there as a physical reminder to advocate and speak out about the things I believe in, the way she did. The best way that any one of us can honor the legacy of RBG, is to live our lives the way she did, to carry her with us no matter what we do.

Justice Ginsburg once said during an interview about her biographical film “RBG” that “real change, enduring change, happens one step at a time.” Today, this change must happen one person at a time. We all, no matter your political affiliations or perspectives on rulings she has made, must understand that Ruth Bader Ginsburg paved the way for so many to find and use their voices, and yet our country has chosen far too many times to stay silent. This year, voice your thoughts—whether that is through voting in the 2020 election or protesting injustice or contacting elected officials—it does not matter because you have become a part of a new wave of change in our country.

Ruth Bader Ginsburg gave us an opportunity, and just like she did throughout her life, we should take it. It’s time we contribute to something larger than ourselves. We owe at least that much to the Notorious RBG.

Communications senior Melodie Barrau is one of the coverage editors and a third-year member of The Muse. She is also a member of the Dreyfoos Speech and...