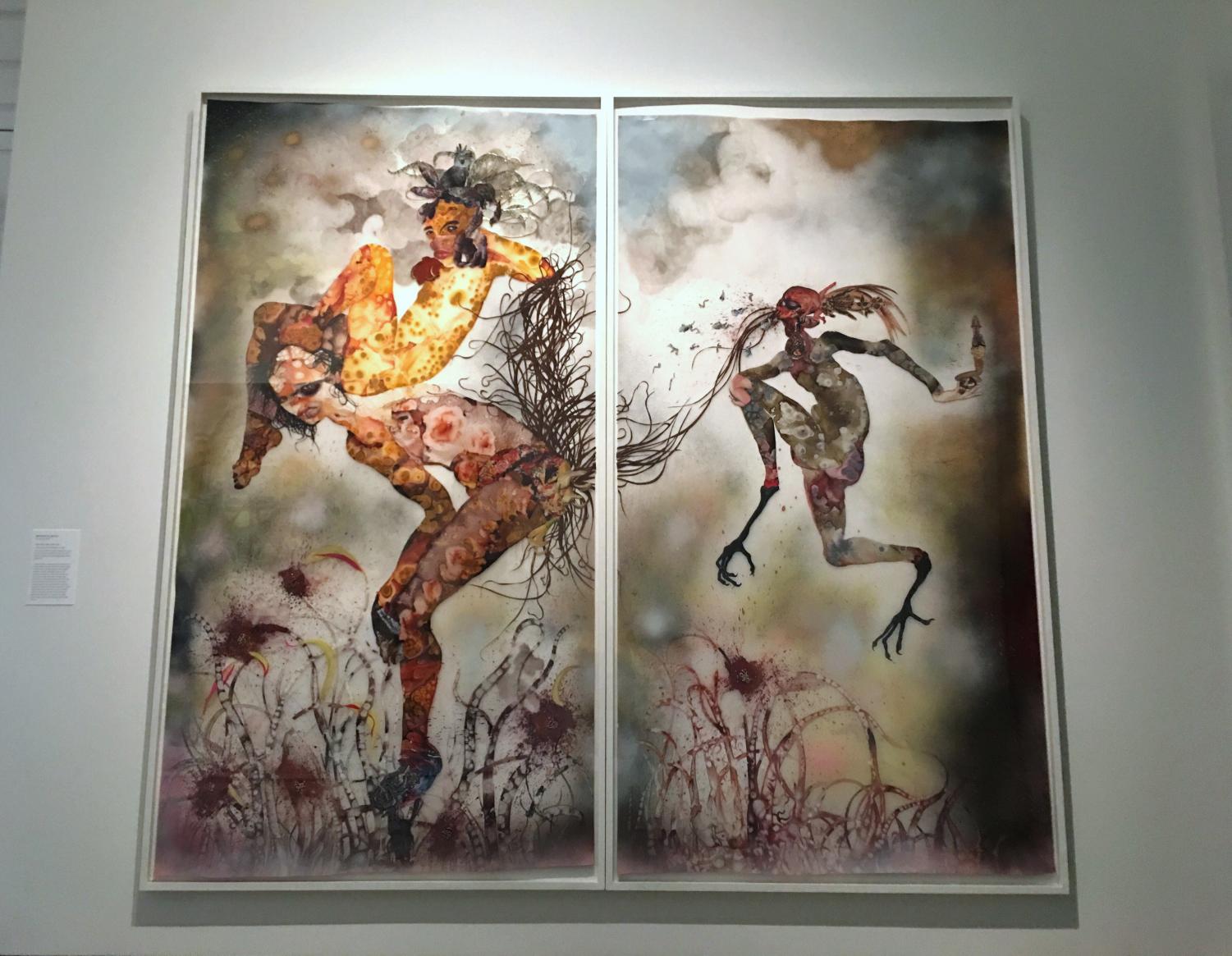 Wangechi Mutu’s piece, “Your Story, My curse,” hangs in the Norton Museum of Art. Mutu, an African artist, used collage pieces, mylar paper, and glitter to construct her characters. “It’s pretty much all over the place, but I think that kind of speaks for her art,” theatre junior Mayah Bernstein said. “A lot of her art reflects consumerism and… representation of African women in the media.” (Shreya Srinivasan)

Wangechi Mutu’s piece, “Your Story, My curse,” hangs in the Norton Museum of Art. Mutu, an African artist, used collage pieces, mylar paper, and glitter to construct her characters. “It’s pretty much all over the place, but I think that kind of speaks for her art,” theatre junior Mayah Bernstein said. “A lot of her art reflects consumerism and… representation of African women in the media.”

“A lot of her work [includes] the figures [being] racially ambiguous […] I also really find it interesting how she uses water color,” theatre junior Mayah Bernstein said, in hopes of inviting additional observations from the crowd of museum-goers in front of her.

From afar, a few heads slowly nodded in agreement, while some turned a bit sideways and leaned closer, trying to get a better look at the artwork.

“Does anyone have an interpretation of what that might mean for this piece?” Only a few seconds passed by before the first answer shot out from the audience.

Bernstein, along with other students from the Norton Museum of Art’s Teen Advisory Squad (TASQ), engaged in this socratic seminar-esque conversation for the third annual Celebrating Black Florida Festival held on Saturday, Feb. 22, at the museum. In this activity called Spotlight Talks, teens from TASQ were assigned art pieces to present and analyze in front of audience members. Bernstein covered the mixed media piece “Your Story, My Curse” by Wangechi Mutu, an African artist.

“I actually went to [visual dean Lacey Van Reeth], and I talked to her about how she presents a piece […] One of the things that we say at the Norton is ‘to see, think, wonder, how does it make you feel?’” Bernstein said. “The goal that we had in the talks [was] to engage the audience and make them learn about an artist they probably never knew about.”

The second floor of the museum held an open studio to make Kente cloth keychains. Both children and adults were able to express their creative sides and learn more about West African culture. The different colors of Kente cloth are associated with different meanings. For example, blue signifies love and harmony, while yellow signifies prosperity and richness.

“The kids get to pick what color speaks to them,” Bernstein said. “I just want people to know that they can involve themselves in the community, too.”

The festival celebrated the achievements of black artists in the museum and in the community, including an array of performances and talks by black musicians, singers, dancers, poets and visual artists. Mara-Joanne Derinor, known onstage as Belle La Poet, performed a few of her pieces on Saturday, emphasizing that it’s important to showcase black history and individuals in a place with all ethnicities.

“We’ve come a long way as a nation, and there’s still more work to do,” Ms. Derinor said. “I just wanted the audience members to step into [someone else’s] shoes for a little bit and to feel empowered at the same time.”

Activism was one of the main topics that the festival dealt with. Many of the performances and exhibits discussed the role of black culture in past and present communities.

“I feel like we all come together to celebrate one thing, that the history of the black person in America is long and strenuous, [but] it’s definitely a history that’s continuing,” Ms. Derinor said.

Numerous art pieces and talks reflected the diversity of the community and how to better it.  TASQ member and visual senior Angel Ly was a part of the Teen Talk: Influencers As Activists exhibit, where she discussed “what we face in the digital age” and gave the attendees a chance to voice their opinions on the matter.

“We weren’t there to educate the public,” Ly said. “It was an opportunity to hear diverse opinions. The purpose of the Teen Talk and the overarching purpose of the Celebrate Black Florida event was to say to the community, ‘We see you and we hear you.’” 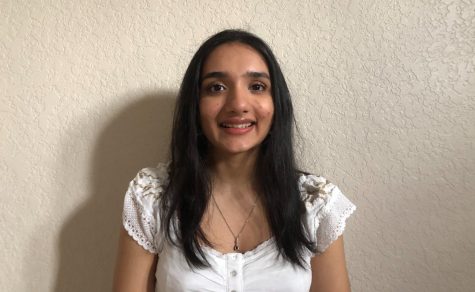 Shreya Srinivasan is a second-year staffer and a content team editor on The Muse. She is a big believer in the cathartic nature of art and believes everyone...