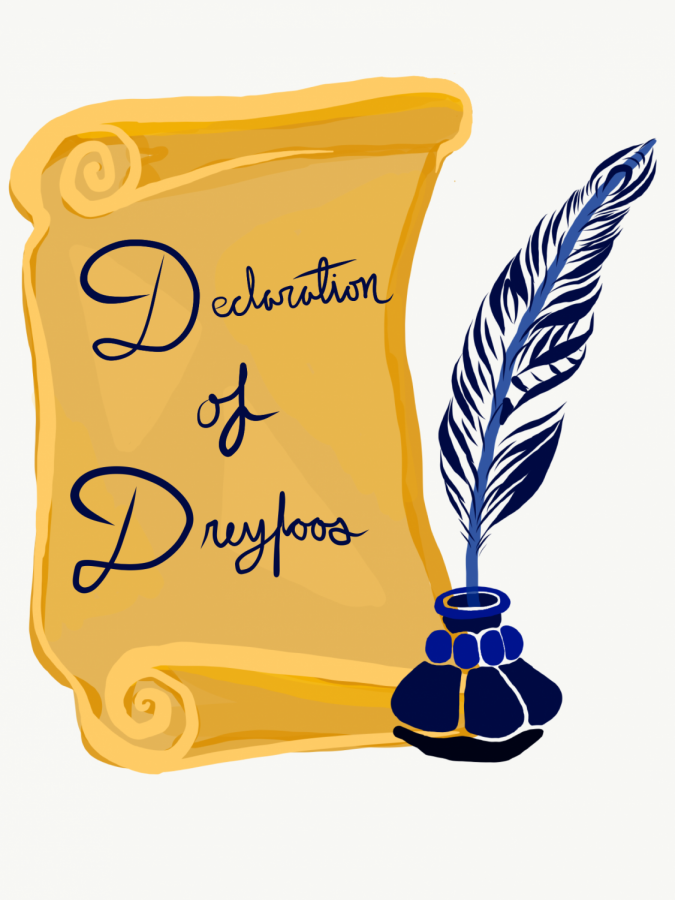 Palm Beach County made headlines in July for a remark made by the Spanish River High School principal last year, as he refused to take a stance regarding the existence of the Holocaust. This incident prompted the state of Florida to put a magnifying glass on state education legislation and restructure how history is taught by “moving to require detailed annual reports from districts on what’s being taught across dozens of courses and topics,” according to Florida Phoenix. This included Statute 1003.421: the Recitation of the Declaration of Independence. Now, that statute is better known to the student community as Freedom Week.

“I think [the Declaration of Independence] is important to learn about because [it’s the] basis of our country and our independence,” digital media sophomore Elba Martin said. “I think it’s good that we’re learning it and kind of really going deep into it.”

From listening to Mr. Burkey recite excerpts from the Declaration of Independence on the morning announcements to writing blackout poems about the document, students were able to learn about the foundation of our country in nontraditional ways.

“[Social studies teacher Sarah] Ray makes [the lessons] interactive,” visual senior Julia Ursine said. “We watch videos and she relates them to us as teenagers. She also makes PowerPoints, where we can add things [such as] pictures, videos, and our own text.”

Despite the short notice, some teachers were able to use this opportunity to practice and teach skills and information that students will need in their future courses.

“Even though it chronologically doesn’t work with what I [am] doing right now, it was a great opportunity to use for practicing the LEQ test-style essays that [students] have to write on their exam in May,” social studies teacher Kathleen O’Hara said. “It’s [also] a great way to see the themes [that will] be continuous throughout the course.”

“I think that yes, we all know the story of the Declaration of Independence and the Constitution. I don’t necessarily think we need an entire week dedicated to it,” Ursine said. “A lot of this information is redundant and repetitive, as we’ve learned it from the eighth grade on. Especially this year, [being] in the American government class, there’s an extra emphasis on this [subject already].”

Even though some students may have felt that the curriculum weren’t important or didn’t have prominence in their specific classrooms, others felt that Freedom Week provided them with knowledge that they wouldn’t have otherwise encountered.

“I have never actually read [the Declaration of Independence],” Martin said. “[Now] I’m like, ‘Oh, this is cool.’ It helps you actually understand what our country is based on.”

As pencils were put down after completing essays comparing the Declaration of Independence to other historical documents, and highlighters reached the last word on the list of grievances, some students felt that they gained a new perspective and appreciation for the origin of our country.

“I think it’s really good that teachers are spreading awareness about the Declaration of Independence,” communications freshman Bridget Frawley said. “It’s a big part of our history and [has] shaped our society today.”