[BRIEF] All That Jazz

Jazz Ensembles One and Two perform at Fall Jazz Night 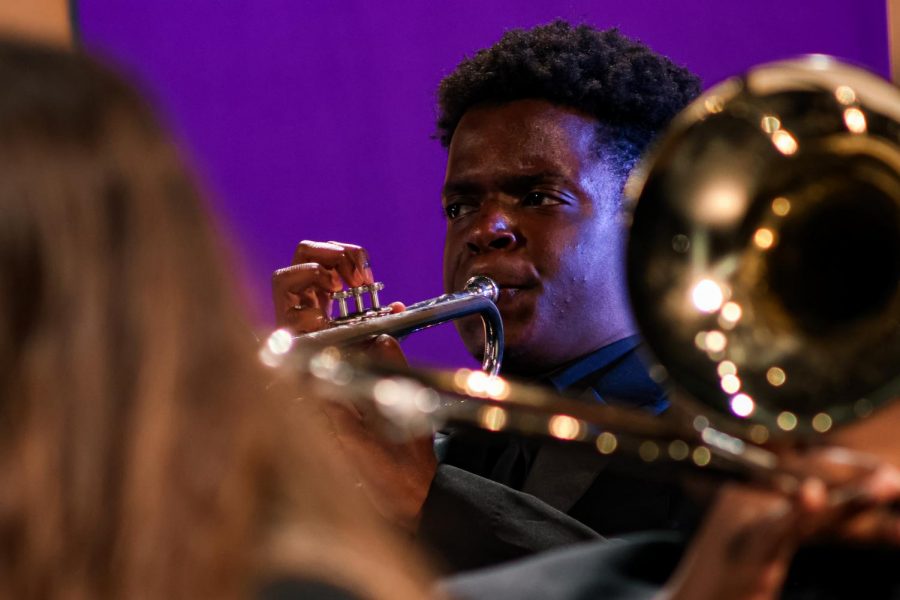 The sounds of brass trumpets and the tapping of drumsticks on vibrating symbols flowed off the stage and into the audience of Meyer Hall during the second jazz concert of the year.

On Tuesday, Dec. 7, Jazz Ensemble One and Two held their introduction concert, Fall Jazz Night, from 7 to 9 p.m. The concert featured an array of performers in both small combo and group pieces that consisted of all grade levels. Upperclassmen primarily composed Jazz Ensemble One, which served as the opener performance to the concert with five pieces including “Pennies From Heaven” and “Wave.” Two of the pieces are original compositions written by piano senior Zachary Williams and band senior Asher Pereira titled “Respectively Grove Trail” and “Blood on the Beach.”

“This concert would be a strong introduction for anyone who hasn’t been to a jazz-oriented concert at Dreyfoos,” band senior Harrison Gesser said. “They’re very exciting concerts. I highly recommend that many people go to them (…) (I am looking forward to) playing with my friends because I respect their musicianship.”

Jazz Ensemble Two performed after the small group combos in a series of six pieces chosen by Jazz Director Christopher De Leon, including “Dat Dere” and “Spain.” Band junior Jordan Aboderin’s favorite part of the concert was “watching the solos and playing the solos.”

Although this concert was for one night only, Jazz Ensemble Two is performing next on Dec. 15 in Meyer Hall.