A Swing and a Miss for District Titles, but an Ace of an Experience 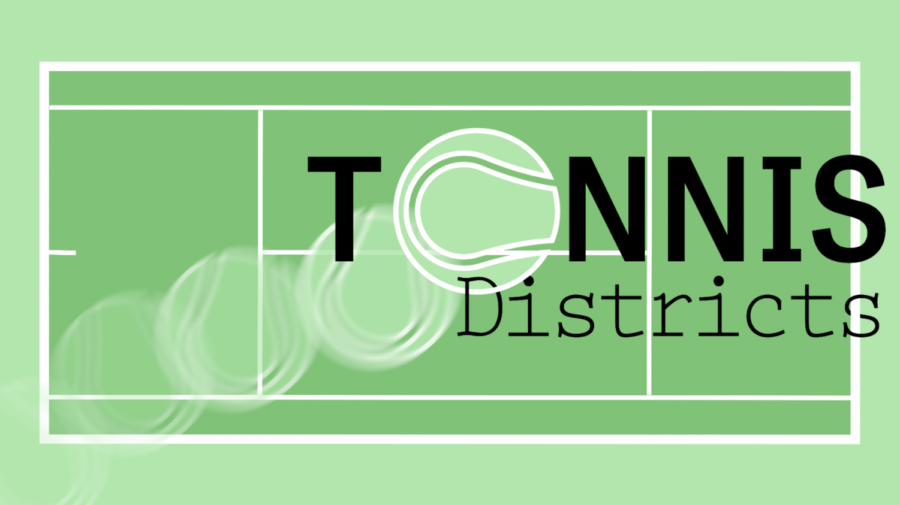 Tennis is the optimal pandemic sport. Players are divided by 78 feet of court and use personal rackets, avoiding any form of physical contact while obeying all social distancing guidelines. So when piano senior David Liu competed for the boys tennis team at Districts, he didn’t feel the pandemic had an immense impact on the competition.

“Not much has changed,” Liu said. “Other than standard protocol such as wearing masks and avoiding large groups, COVID hasn’t affected the game and its competitive aspects.”

Liu, along with the rest of the boys and girls tennis team, competed in Districts on April 13 and 14. On the first day of the competition, each team played five students in singles, and four students in doubles.

In singles, Liu and strings junior Juan Guerrero progressed to semifinals after winning matches against Lincoln Park, Liu winning 6-0/6-0, and Guerrero winning 6-0/6-2. Both competitors lost their next singles matches to Jensen Beach, 6-0/6-4 for Liu and 10-5 in a tiebreaker for Guerrero, ending the singles progression for the boys team.
In boys doubles, communications senior and boys team captain Caleb Harris and vocal junior Matthew Pollack won their preliminary match against Lincoln Park Academy in a tiebreaker of 10-7. The next day, they lost their semifinal match to American Heritage 6-1/6-0.
Guerrero and piano senior Nick Scalzo also won their preliminary doubles match against Somerset Canyons 6-4/6-0, but lost their semifinal match to American Heritage 6-1/6-1.

“[They were] the most competitive matches that I have had so far at any Districts,” Harris said. “I ended up losing but it was still a great experience for me to play against some of these really high, nationally ranked players.”

“My first match was really intense,” Gianna Mendelson said. “[This experience has] taught me to push through and believe in yourself even when you are down in your match. Playing with the whole team cheering me on was very encouraging and helped me.”

At the end of the competition, the team did not win District titles in singles or doubles. Although the competition did not result in victory, competing students had the opportunity to engage in the sport during the pandemic and make memories on and off the court. Love was present in both the game scores and the memories that players look back on from the competition.

“It was my last Districts, so I really made sure to appreciate the time I was spending with my team,” Rivere said, “I made sure to spend time with everyone and got a bit sentimental. I was just happy to cherish everyone there.”

April 30, 2021: An earlier version of this story misstated Hanzenko’s name as “Henzeko.”