REVIEW: TO ALL THE BOYS 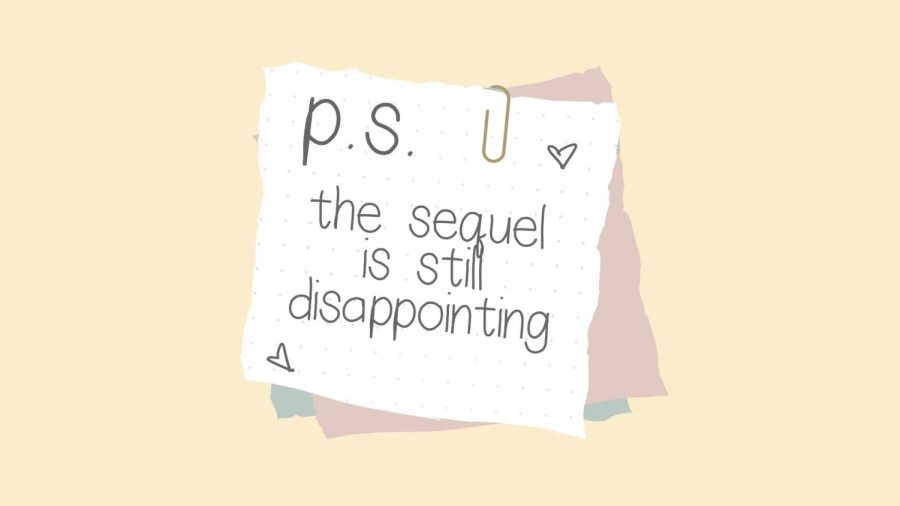 It’s the teenage rom-com that melted hearts around the world: Lara Jean Covey, a classic nerd, starts to date jock Peter Kavinsky after a series of her love letters were mailed out by her little sister in “To All The Boys I’ve Loved Before.” The Lara Jean-Peter duo returns for more high school relationship drama in “To All The Boys: P.S. I Still Love You,” except now, there’s a catch––an old friend is back in town, and he has a letter from Lara Jean.

The two movies, and a third to debut at a later, unannounced date, originated as a book trilogy by Jenny Han. The plots follow Lara Jean and her experiences with her sisters, Korean relatives, and love. In an interview with Ron Reads, Han said “the idea came from my own life,” but that her “[love] letters did not get sent out,” unlike Lara’s.

“To All The Boys I’ve Loved Before” was Netflix’s hit, with more than 80 million views after being released in August 2018. The New York Times called it “a phenomenon,” and Vulture dubbed it “a witty, sweet teen romance.”. Likewise, Rotten Tomatoes gave the film a 97 percent approval rating.

The highly awaited sequel, “To All The Boys: P.S. I Still Love You,” was released Feb. 12 on Netflix.

To put it lightly, it was a flop.

Lara and Peter, portrayed by Lana Condor and Noah Centineo, had seemingly solved their problems with exes and past crushes in the first movie. However, Lara’s childhood Model UN crush, John Ambrose (Jordan Fisher) comes into the picture after responding to one of Covey’s love letters addressed to him. Lara Jean responded with mixed signals––she merely entertained the idea of being with John Ambrose.

Her “indecisiveness makes it hard to follow along at times,” as reported by Metamedia. Lara Jean had to choose between Peter and John. It took a Lara-Peter break up, and a Lara-John kiss gone wrong at a retirement home, for the plot to return back to where it started: Lara Jean and Peter are still a couple. Full circle in an hour and 42 minutes.

As for Peter and Lara, they definitely had their fair share of yelling. The big break up scene next to the jellyfish tanks was cinematographically beautiful––as was the rest of the movie, with consistent rack focuses and warm colors––but other than that, the arguing appeared to be more of a predictable nuisance than actual heartbreak.

The biggest downfall of this film, though, is that viewers basically knew that Peter and Lara would reunite as a couple. Too little time was spent on John for him to become his own significant character. John seemed like a mosquito in the bigger picture of this trilogy’s plot, and the directors definitely knew if Peter and Lara did not end up back together by the end of the movie, there would be angry fans. Perhaps this lack of spontaneity and imagination caused the 73 percent rating on Rotten Tomatoes, with a mere 43 percent audience approval rating.

Fans are still digesting all the drama that occurred in this film. No matter how creators approach the third movie, fans want to see what happens to Lara Jean Covey and Peter Kavinsky, and whether their relationship will stand the test of time.