THE SOUNDS BEHIND THE SPIRIT 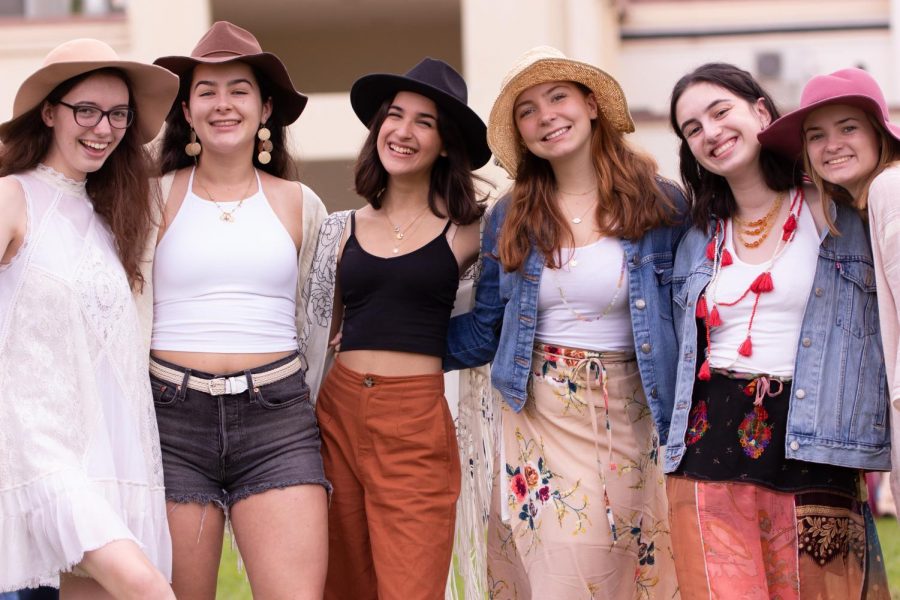 From Early 2000s to Country Music, Spirit Week 2020 kicked off with some pretty amazing musical genres.

The first day of spirit week marks the time that music meets in the hallways. The indie, flowery folk of juniors, clashes against seniors’ velvety tracksuits, flashes of neon sophomores fill classrooms, and freshmen’s cowboy hats peek out above crowds of students. Music Genre Day has become a fusion of disparate styles and musical influences. Whether you love country, or techno-pop is more your jam, Music Genre Day has something for everyone. So to kick-off Spirit Week just right, check out some of the biggest hits from each class genre below.

“All to Myself” by Dan + Shay
“Tequila” by Dan + Shay
“Raised on It” by Sam Hunt
“HOLY” by Florida Georgia Line
“Chicken Fried” by Zac Brown Band
“Beautiful Crazy” by Luke Combs
“Need You Now” by Lady Antebellum
“Speechless” by Dan + Shay
“Here Tonight” by Brett Young
“Girl” by Marren Morris
“Before He Cheats” by Carrie Underwood
“Jolene” by Dolly Parton
“Take Me Home, Country Roads” by John Denver
“In Case You Didn’t Know” by Brett Young
“Knocking Boots” by Luke Bryan
“House Party” by Sam Hunt
“Life is a Highway” by Rascal Flatts
“This is How We Roll” by Florida Georgia Line featuring Luke Bryan
“Meant to Be” by Bebe Rexha featuring Florida Georgia Line
“Body Like A Back Road” by Sam Hunt
“Big, Big Plans” by Chris Line
“The Fighter” Keith Urban featuring Carrie Underwood
“Blue Ain’t Your Color” by Keith Urban
“Look What God Gave Her” by Thomas Rhett
“Achy Breaky Heart” by Billy Ray Cyrus

“Poker Face” by Lady Gaga
“Use Somebody” by Kings of Leon
“Viva La Vida” by Coldplay
“Let Me Love You” by Mario
“Teenagers” by My Chemical Romance
“Say My Name” by Destiny’s Child
“Baby One More Time” by Britney Spears
“U got it Bad” by Usher
“So Sick of Love Songs” by Ne-Yo
“Crank That” by Soulja Boy Tell’Em
“Crazy in Love” Beyonce featuring Jay Z
“Hey Ya!” by Outkast
“It’s Gonna Be Me” by N’ Sync
“Bye Bye Bye” by N’ Sync
“Umbrella” by Rhianna
“Yeah!” by Usher
“No Scrubs” by TLC
“Whenever, Wherever” by Shakira
“Since U Been Gone” by Kelly Clarkson
“You Look So Dumb Right Now” by Rhianna
“Hollaback Girl” by Gwen Stefani
“Crazy” by Gnarls Barkley
“She Will Be Loved” by Maroon 5
“Hey There Delilah” by Plain White T’s
“No One” by Alicia Keys