THE KILLING JOKE: A REVIEW ON “JOKER’S” ODE TO VIOLENCE 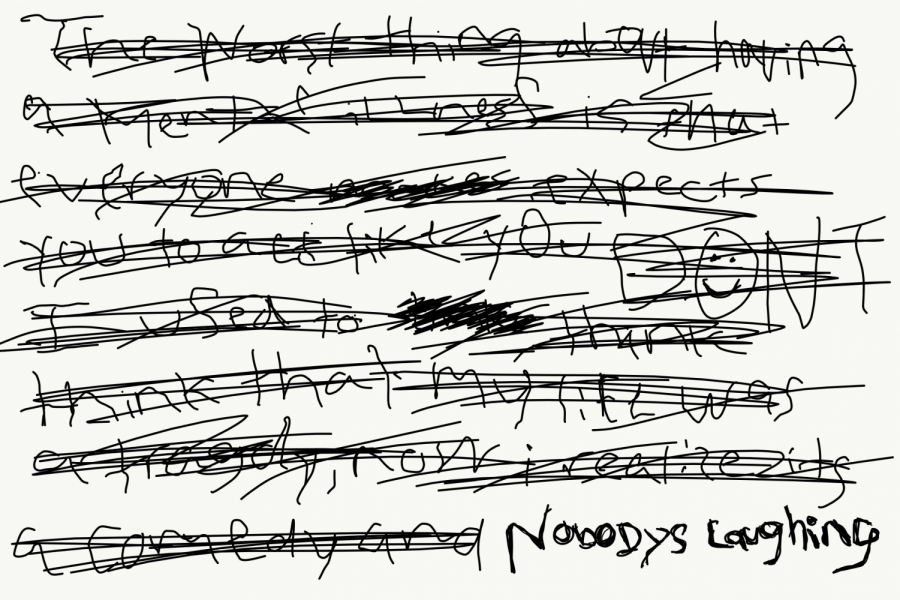 Fans of the Joker’s generational story don their red, white, and blue paints and nothing but smiles as they enter the theater. They are prepared to watch their favorite mentally ill Gotham clown unfold on the big screen. But, are they in danger?

Director Todd Phillips’ “Joker” premiered Oct. 4, 2019, and made $93.5 million within its first weekend, breaking records for an October opening. Despite the Joker’s high total gross, critic reviews were mixed, earning it a 68 percent on the tomatometer.

This psychological crime thriller tells the story of Arthur Fleck, played by Joaquin Phoenix, a wannabe comedian with an uncontrollable case of laughter who doubles as a party clown. As time passes, he descends further into madness, and by the end of the film, he’s inciting chaos with every step of his clown shoes.

Despite all of its praise, “Joker” has entered theaters with controversy: a fear that Arthur’s madness might encourage violence in the audience’s idolization of the Joker. Beginning with the first trailer’s public release during CinemaCon 2019, critics have been wary, and headlines have called it “dangerous” and “brutal.”

One article by the National Post says that the “U.S. military sent a memo to service members on Sept. 18, alerting them to ‘incel extremist’ chatter online.” An incel, short for “involuntarily celibate,” is defined by Dictionary.com as “an internet subculture of men who blame women for the fact that they are not having sex.” It was thought that these men would connect with the Joker’s lack of love a bit too much and think they could solve their problems with riots.

These concerns certainly didn’t scare off many people, as the theater was still packed, but instead created a few obstacles in the film’s showing, especially at the Cinemark theater in Aurora, Colorado.

In 2012, Cinemark was terrorized during a showing of “The Dark Knight Rises.” Gun fire and tear gas caused 70 injuries and 12 deaths, and the family members of those who passed away have shared concerns about the film.

In a letter addressed to Warner Bros., members of a group called Survivors Empowered claimed the shooting was “perpetrated by a socially isolated individual who felt ‘wronged’ by society.” Needless to say, the film won’t be playing in the renovated Aurora Century theater.

Many cinemas have also placed costume bans on screenings of “Joker.” It’s not rare for moviegoers, especially comic book enthusiasts, to dress up as their favorite characters. Theaters and audiences alike are afraid of people dressing up as Arthur’s deadly clown persona, since you can never be sure of what’s hiding under a mask (or in this case, face paint).

While the showing face rule is an effective precaution, watching the movie is still precarious for some. The Daily Mail reported that on opening night, moviegoers in New York “feared their safety” due to a man who applauded each murder. He was kicked out of the AMC theater near Time Square, but only after causing a third of the audience to leave. He also spat on those who asked him to stop and is one of the reasons security measures were increased.

Hysteria over “Joker” is justified. It’s an unsettling film. But it couldn’t have been done without the brilliance of Joaquin Phoenix, who carried the movie on his back. From his version of the famous Joker laugh to his unsettling smile, Phoenix perfectly brought to life the darker past of Gotham’s most infamous crime boss.

His performance differed vastly from the most recent Joker, Jared Leto, but unlike 2016’s “Suicide Squad,” “Joker” isn’t a part of the DC Extended Universe. Phoenix’s backstory isn’t a prequel to Leto’s Joker; instead, it is a standalone film. The movie, which strays away from the comic’s backstory of the Joker (where he falls into a vat of acid), would be just as effective if it weren’t an origin story.

This leads to the theory that the whole movie was actually just one of Arthur’s mental hallucinations. At the end of the film, in his therapist’s office, he laughs a genuine laugh, unlike any other time he laughed in the movie. This was on purpose, according to Phillips. When his therapist asked why he was laughing, Arthur answers, “I just thought of a joke. You wouldn’t get it.” Many fans on YouTube and Reddit have speculated that the joke he’s referring to is the entire film, and that Phoenix isn’t the real Joker.

This leaves the audience with many questions, one of them being, “Will there be a sequel?” Phillips has stated that “Joker” was a standalone film, but many have speculated that Arthur may have another appearance, or at least an explanation, in the upcoming 2021 movie “The Batman.”Overall, “Joker” was an incredibly well made film, and most of the scenes left me in awe of its craftsmanship. I would not recommend watching this film if you’re squeamish because of the more brutal parts, which even I had to close my eyes for. However, “Joker” was a great way to begin the upcoming season of horror.