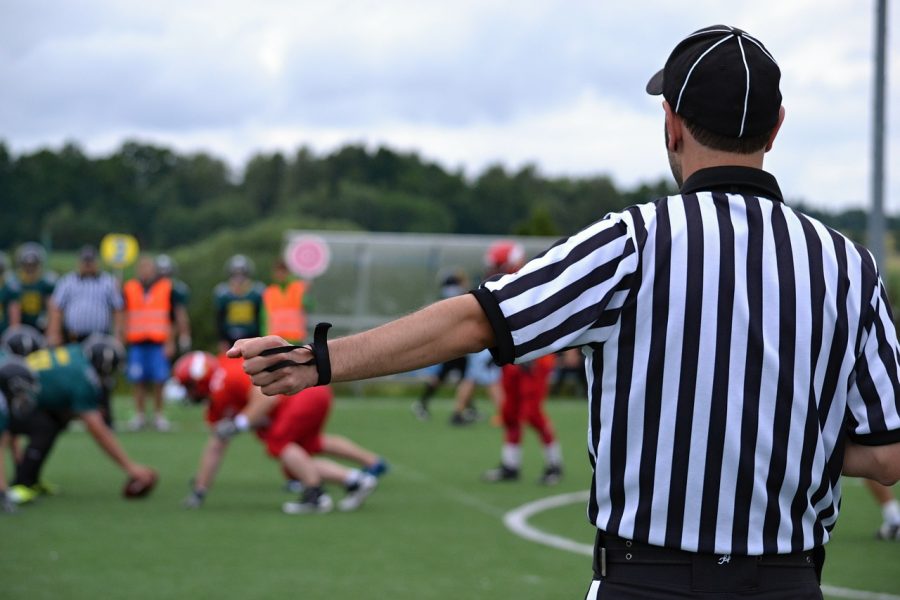 Tension rose on—and off—the court when the School District of Palm Beach County volleyball referees declined the district’s offer to give them a $10 travel pay raise, as they desired $13. All but 10 volleyball officials went on strike, causing panic as the season quickly approached.

“It was hard to start the season with such uncertainty,” volleyball coach and communications teacher Ruby Hernandez said. “It’s hard to practice. You don’t know what needs to be worked on [if] you are not playing other teams.”

Representatives from the SDPBC attempted to negotiate with the referees on strike but failed to come to an agreement. Unsure of how to respond, the Florida High School Athletic Association asked for volunteers with volleyball experience to referee and were assisted by 90 volunteers. Among these volunteers was Dreyfoos alumnus Lance Breidenbaugh.

“It was a good experience and I had a lot of fun reffing,” Breidenbaugh said. “I think they have enough referees to get by with [for this season].”

Although the season was delayed and two matches were cancelled, Dreyfoos students continued to prepare on the court during practice for the season ahead.

“We made sure to utilize all the extra time for practice,” vocal senior Emilia Andersen said.   “Of course, the games are good experience in themselves, but we tried to simulate what an actual game day would be like using our regular practice times.”

This holdback ended up building the team as a unit and as individual players. The team continued to strive throughout the season.

“I think the girls did a really great job keeping up morale and keeping up their intensity,     because that was definitely something that took a hit,” Coach Hernandez said.

Excitement for the season grew as games were rescheduled, leading to the Dreyfoos volleyball team winning their first three sets of the season against Royal Palm Beach High School.

“I think that was an awesome season opener for us,” Coach Hernandez said. “They really had to work for every point.”