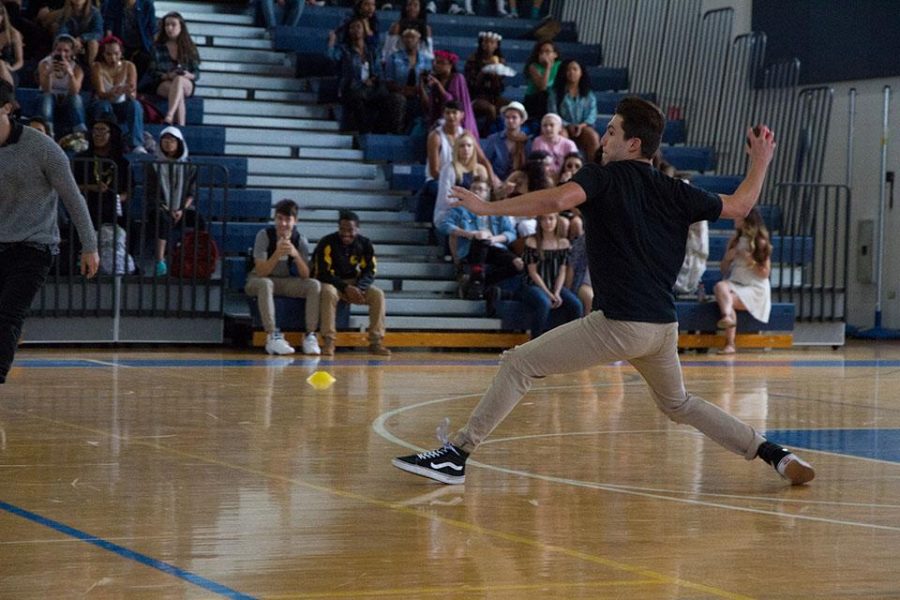 Spirit Week events began with a three-match dodgeball game in the gym. Band junior Kyle Tellez defeated the freshmen and sophomore team in a one-on-four situation after the rest of the sophomore and junior team was eliminated. “I’ve always loved playing sports, especially when you have a crowd of people cheering for you,” Tellez said. “When I won for our team I was really hyped and relieved I didn’t let our team down.”

“I was excited for Spirit Week because I heard that everyone goes all out in dressing up,” vocal freshman Noah Sams said. “When I got to school, I knew that they weren’t joking around because everyone was dressed up and it was really cool, completely exceeding my expectations.”

During lunch, the seniors and freshmen faced off against the sophomores and juniors in the dodgeball game in the gym. The sophomore and junior team dominated the first two games, but in the third match, only one player was left against the freshmen and seniors, who had four players remaining. Alone, band junior Kyle Tellez eliminated all four, sealing the victory and earning the sophomores and juniors 3 points each for Spirit Week, leaving the freshmen and seniors with 1 point each from the dodgeball game.

“I was pretty nervous [when I was playing alone] to be honest. It’s like everyone is depending on you to win when you’re obviously outnumbered,” Tellez said. “I knew I was pretty good at dodgeball so I was confident and tried to play as best as I could. When I won for our team, I was really hyped and relieved I didn’t let them down. It’s nice to hear people cheering for you sometimes.”