Ahead of Pep Rally emerges the fabled Spirit Stick, and the competition to win it 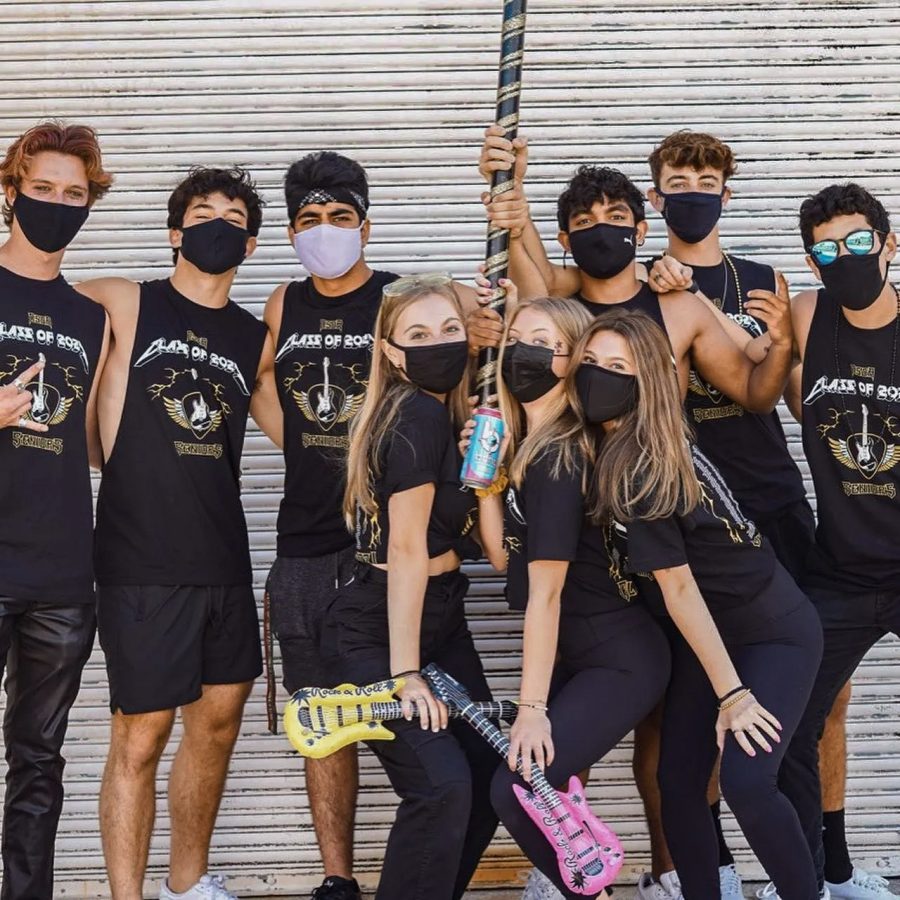 Class of 2021 seniors pose with the Spirit Stick on campus after emerging victorious in Spirit Week 2020.

In SGA Sponsor and social studies teacher Sarah Ray’s storage closet in the attic of Building 1, amidst floating pool noodles duct-taped in pieces, underexposed pipes used as ceiling decor, between ex-communicated skeleton hands and left-over caution tape from the Fall Dance … here laid, propped up on the murky cream wall, the Spirit Stick.

Alas, the Spirit Stick’s artist is a point of question.

She later confirmed he was Class of 2016.

The Spirit Stick’s purpose is to crown the grade with the most Spirit Week points as victors — a fabled and competitive school decorum. Seen only once a year, and typically held by its victors for a fleeting moment, its purpose entails wrapping up the fifth day of Spirit Week.

Despite this, the Spirit Stick is shrouded in mystery, its history lost throughout the years.

“I don’t know how old the Spirit Stick is, how it started, why it started, or anything like that,” SGA Co-President Christian Chantayan said. “I’ve only seen it maybe five times in my life.”

Although, Chantayan does point out that he knows it is based on the black, red, green, and blue associated class colors. The central stick which holds it all together spirals black and gold glitter, representing the unity of the Jaguars.

How exactly it was made, as Chantayan also brought up, was lost in details until speaking with Ms. Ray, who thought the Spirit Stick was a “replaced” version, but then concluded that prior to this Stick, it “wasn’t a thing.” This means that the Stick’s introduction created a monumental change in competition for 2016’s Spirit Week, and future Spirit Weeks to come.

Regardless of its shrouded origins, the Spirit Stick’s symbolism is clear to Chantayan.

“I think it embodies the creativeness and tenacity of our school,” Chantayan said. “Dreyfoos has this incredible way of putting its all into everything we do. Instead of just playing games, we have a literal massive stick to compete for. We make things into our own, and we embrace the spirit needed to make our creations meaningful.”

The Spirit Stick is an ineffably austere determinate of the Spirit Week tradition, holding on to five days of spirited glory … until the next Pep Rally comes around, and there again rises the determination to win it.