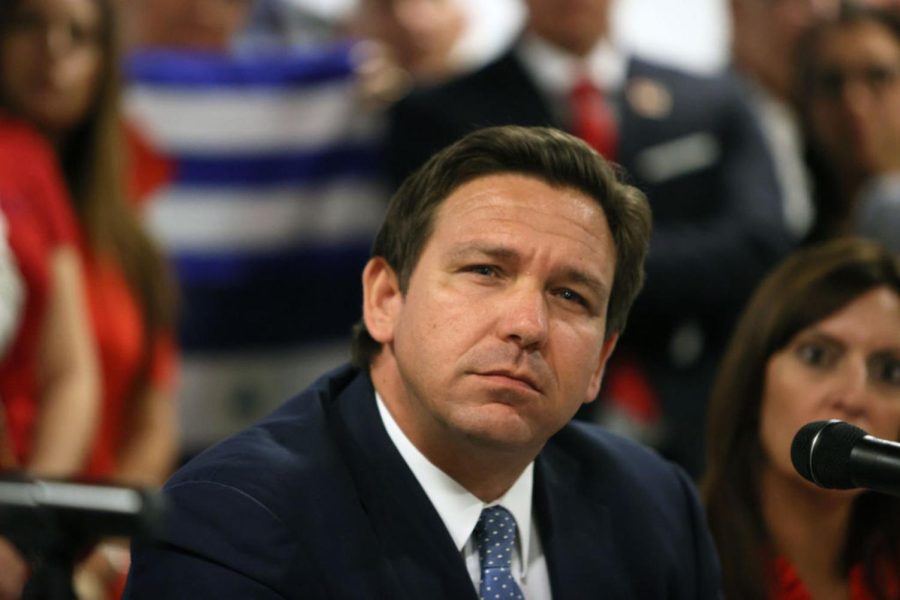 I identify as bisexual.

Living in the United States, I enjoy the relative freedom to speak these words without being tried in a court of law, or worse. Acceptance in this country and in my community has allowed me to fully embrace my identity, to be unapologetically who I am. To be unapologetically queer.

But as of this month, the state legislature is dangerously close to taking this right away from me and the 18.2% of Florida high school students who identify as lesbian, gay, or bisexual.

Parental Rights in Education Act, or as it’s more affectionately known, the “Don’t Say Gay Bill,” was passed by a Florida House Committee on Jan. 20 in a move that many see as a continuation of Governor Ron DeSantis’ authoritarian policies that have put him on the map — and in the running for the 2024 presidential election.

The bill’s “intentions” are to protect the rights of parents to educate their children in the way they see fit by prohibiting the discussion of sexual orientation or gender identity in schools. The bill encourages parents to take legal action against their child’s school district if they believe discussion of LGBTQ+ ideas violate their “fundamental right to make decisions regarding the upbringing and control of their children.”

Regardless of any attempts to mask its true insidious intent, the law is as archaic as it is bigoted, and if passed, would effectively erase the LGBTQ+ experience from classrooms and, with it, the beauty of the unique stories that each queer youth experiences.

The Supreme Court decision, Tinker v. Des Moines promises that students do not shed their first amendment rights at the schoolhouse gate. And yet, over 50 years after this landmark decision, students could instead be forced to shed the right to their identity.

I don’t want to see it in my school as well.

This is not the first time Florida has sought to erase a minority’s experience. Florida’s excessive gerrymandering ensures Republicans control both houses of Congress despite a relatively equal split among registered voters.

And since the people committing these injustices are quite literally the people designated to combat them, the road to change will always be an uphill battle.

After passing bills banning the discussion of critical race theory and introducing one of the most restrictive abortion laws in the country, it shouldn’t come as a surprise that the rights of queer students became the legislature’s next target. In pushing their “moral values” into legislation, the state government is seeking to erase our history, destroy our identities, and strip us of our backgrounds.

Discrimination has become rule of law.

While the bill blatantly seeks to silence queer students in all schools, if enforced, it would be particularly devastating to our school community. At a school with teachers who openly identify as members of the LGBTQ+ community, students who create art centered around their identities, and an active Gender and Sexuality Alliance, silencing the queer experience is a direct hit to our culture.

I have seen my rights debated in the highest court of the land. I am old enough to remember the day the Supreme Court allowed same-sex couples to marry. Yet watching various states pass increasingly restrictive laws makes me fearful for what my future holds.

I’m sick of seeing injustices exchanged for political capital like poker chips. The queer experience is not Congress’s to commodify to appeal to voters, and it certainly is not anyone’s to erase.