FSA: Gone, But Not Forgotten

Governor Ron DeSantis disposed of the FSA last September, replacing it with a vague system that even he doesn’t seem to understand 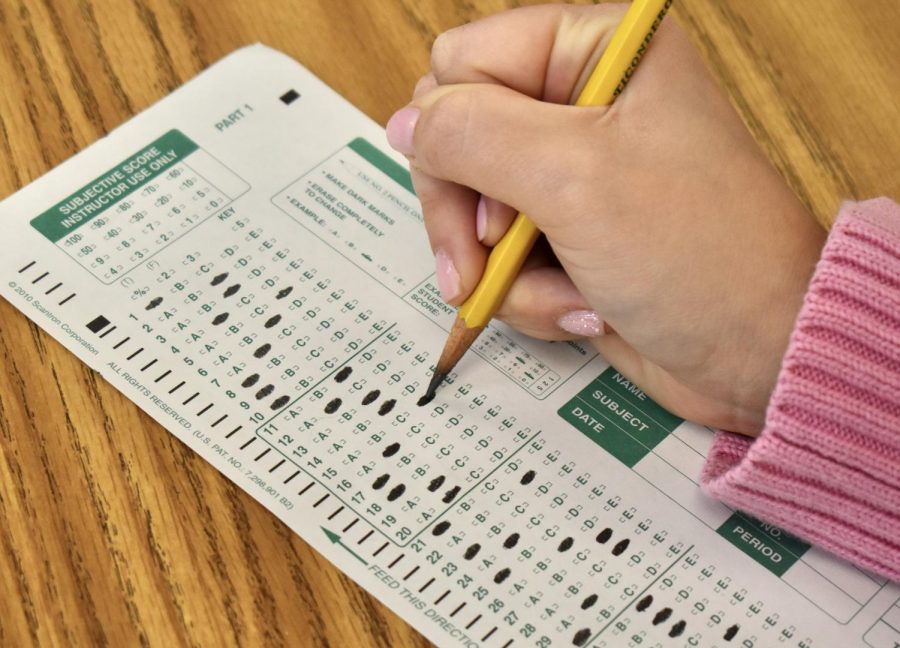 On Sept. 14, Governor Ron DeSantis announced his plan to replace Common Core standards and the Florida Standards Assessments (FSA) with a new “progress monitoring” testing system called the Florida Assessment of Student Thinking, or FAST. Two months later, this quick fix has proved to be everything but efficient. Regardless of the test, students and teachers still face pressure to produce high scores in the classroom.

The FSA has been Florida’s state standardized test since 2015. However, the past seven years have not been without controversy; teachers oppose the FSA for the restrictions it imposes on classroom curriculum, and the FSA faces opposition from parents and students who worry about the pressure it puts on students as young as eight.

Considering the public opposition to the FSA, it’s easy to understand why education officials want to replace it. For all intents and purposes, the FAST system appears to solve those problems.

The FAST system requires students to take three shorter tests throughout the school year and receive results periodically, hence the title progress monitoring. This approach allows teachers to focus their lessons on the topics that students struggle with and assess progress on those topics during the year. According to the governor’s official website, FAST would cut down testing time by “an average of 75%.”

The FAST system presents itself as a groundbreaking, innovative way of testing students. But it isn’t anything new. While the progress monitoring approach appeals to many, the FAST system is just a rebranding of the diagnostic tests students are already required to take twice a year, not including several mandatory Unit Standards Assessments (USA).

Governor DeSantis also asserts that FAST will effectively get rid of high-stakes testing for students and reduce stress. However, when asked about how he would be doing that, he stated that the final FAST test, administered in the spring, would be weighted the same as the current FSA.

The Every Student Succeeds Act (ESSA) requires “all students to take standardized achievement tests and attach high stakes to the tests in the form of rewards when test scores improve and sanctions when they do not,” meaning states must mandate test-based accountability.

Because of ESSA, the integration of FAST does not eliminate the presence of standardized tests. The Gainesville Sun explains that “(f)ederal law still requires, and the governor’s proposal is clear, that use of assessments for accountability will remain under the proposed change.”

Historically, students have faced immense pressure as a result of standardized tests. A Harvard study found that there was 15% more cortisol, a stress hormone, in the systems of students the day of a high-stakes test than a day without one. While the FAST claims to be the solution to student stress, it does not lower students’ end-of-the-year testing pressure. Without a change to the gravity of standardized testing, it won’t matter if it’s the FSA or the FAST: students will still struggle.

With the FAST struggling to differentiate itself from the FSA, we have to consider what exactly Governor DeSantis and Florida’s Department of Education are hoping to accomplish by implementing it.

Bob Schaeffer, executive director of the nonprofit National Center for Fair and Open Testing, in an interview with the Washington Post, speculates this is a ploy to “bash Washington for inhibiting (states’ rights) by goading the U.S. Department of Education into rejecting a scheme that fails to comply with federal law under the Every Student Succeeds Act.” In other words, Schaeffer believes that the FAST is just Governor DeSantis’ newest act of dissent against the federal government.

The FAST seems to be the state government’s attempt to gain national attention, thinly veiled as a move to support teachers and students.

Ultimately, the introduction of FAST reflects a national tendency for politicians to use schools as a personal battleground for minor wars over federal policy.

Vladimir Kogan, an associate professor of political science at Ohio State University, explains that “(t)hese are really adult battles over adult partisanship, and the interest of kids is of secondary importance to them.”

When students are not the priority in a system centered around them, the entire system becomes ineffective. Educational spaces should not be epicenters of political debates, and when they are, students and teachers are the ones that ultimately pay the price.

We, as students and teachers, have argued for an end to the FSA for years. Instead of being given a solution, we were handed a political statement decorated as an easy fix. While our politicians and education officials should be the ones initiating change, it has become glaringly obvious that we have to fend for ourselves in the political environment that schools have become. However, by attending school board meetings and communicating with state legislators, we can refocus schools on teaching and learning. We can take back control of our education and drive out the politics that have governed it for years.