Where Do We Go From Here?

After the conviction of Minneapolis Police Officer Derek Chauvin for the murder of George Floyd, we must continue forging ahead 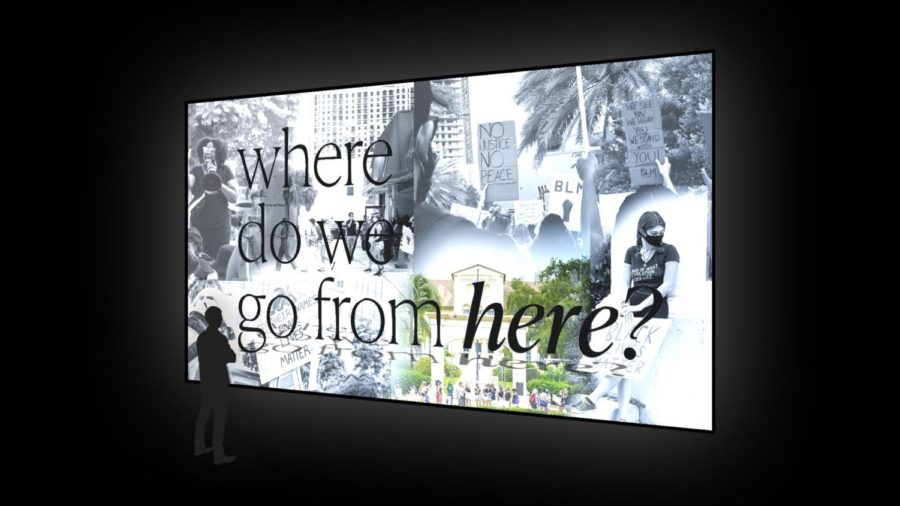 In many ways, it feels like justice has finally been served, like the losses of so many Black and African American people in this country are no longer in vain. It feels like we have reached the end. And that is the critical mistake I fear we will make. This moment in history must serve not as an end but a junction, where we are faced with a choice: we can push further and demand progress, or we can allow our complacency to end a movement.

We must take this opportunity together, both as a school and a country to stand united to push against the system put in place by police who seek to avoid accountability. The Guardian explains that legal principles like qualified immunity allow government workers to avoid prosecution for assault as long as the constitutional rights of the person are not violated. In the past, qualified immunity has been used by government workers to avoid accountability even when constitutional rights have been violated. The system has evolved from allowing police to use necessary force to giving them countless “free passes” to cross the line.

Last year, when George Floyd was murdered by Derek Chauvin, we fought to change minds, to diminish bias, and to educate ourselves and those around us in the struggle of Black and African-American people. Following the conviction, The Wall Street Journal called for “the nation needed to stamp out systemic racism.” They recognized that now, it’s time we change the laws that permit people like Derek Chauvin to function, the systems that teach him and officers like him that it is normal to utilize excessive force and the principles that have cost too many Americans their lives.

So, how do we change the system?

This change starts with all of us continuing to march, continuing to strike, and continuing to take vocal action in the pursuit of change. In the past, we’ve allowed social movements to become “trends,” but if we hope to make this chance the exception, we cannot feign our concern. We’ve allowed social movements on social media to dissipate as fast as they came, lacking the momentum to enact change. In “Twitter and Tear Gas: The Power and Fragility of Networked Protest,” Zeynep Tufekci explains that the issue with social media activist movements is that they lack “both the culture and the infrastructure for making collective decisions.”

Without consistent messaging and a clear purpose, the goal of attaining social equity can once again be lost in the endless pit that is Twitter. Our cries for justice are only as good as we are, and as we continue to work towards a better day for us all, what was true in “Brothers in Blue Mentality” is still true today. “It’s easy to repost an image on your Instagram preaching about the necessity for change, but what’s harder is protesting, signing petitions, and donating to organizations that support the cause.”

That can’t be the extent of our efforts though. We have to also continue to push our elected officials to pass legislation that helps to put an end to the practices that lead to all of this injustice. Right now, Congress is debating legislation that would seek to end the police use of chokeholds, no-knock warrants, legal immunity for police and the militarisation of police departments. It’s imperative that we continue to pressure our officials to end the systemic bias and legal oppression minorities have been subjected too.

Changing the foundation of our legal principles and altering the systems that continue to prop up police brutality is the most important step toward long-lasting solutions, and it is a step we need to take.

Our pursuit of justice cannot be just for Black and African American people, but also for all those who face discrimination based on their race, color, religion, and sex. Understanding intersectionality, which the YWCA-Boston explains is “the interconnected nature of social categorizations such as race, class, and gender, regarded as creating overlapping and interdependent systems of discrimination or disadvantage,” is the only thing that can help ustruly understand the struggles minorities face in this country. Without understanding, change is out of our reach. These new dimensions to how we consider discrimination are an important step we must all take.

Derek Chauvin is just one man, responsible for almost unspeakable acts, who has faced his day in court. But his accountability cannot be the aim of the entire movement. We must continue our impassioned momentum and ensure that every person who seeks to escape the law, or hide behind unjust structures, will face justice. This is a time that will forever be marked in our history books, so let’s make the right decision despite the difficulty. Let’s change the very foundation of this nation.

Get Involved and Make a Change: Here are some petitions that you can sign to get involved in the fight against racial injustice.

Justice for Daunte Wright: Daunte Wright was killed by Minneapolis-area police and this petition seeks to ensure his family receives justice for his death.

Atlanta Spa Shooting of Asian Women is a Hate Crime: A petition working for the recognition of the shooting of 6 Asian women at an Atlanta spa as a hate crime.

Justice for Breonna Taylor: A petition that demands justice for the death of Breonna Taylor after her wrongful murder in her Kentucky apartment, you can also text “ENOUGH” to 55156.

Hands Up Act: A petition to support a piece of legislation that demands that officers receive a mandatory 15-year prison sentence for the killing of unarmed men and women.

We are all capable of making change. Start today.