The “Brothers in Blue” Mentality

The death of George Floyd and the Black Lives Matter Protests Across the Country force us all to take a closer look at our policing system. 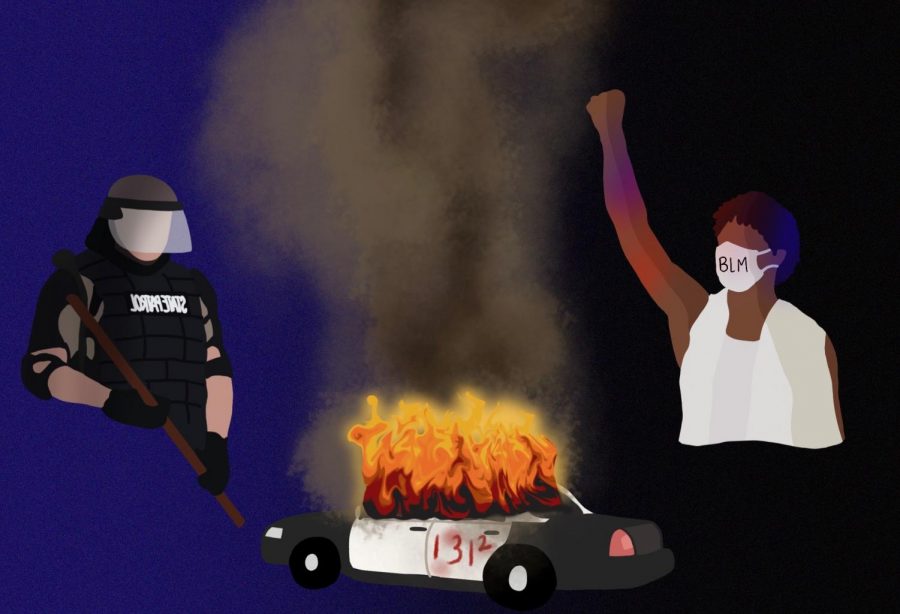 The police failed Ahmaud Arbery in Georgia when they waited weeks to arrest his murderers, despite the video footage of his death. The police failed Breonna Taylor in Kentucky when they stormed her home and murdered her in a cruel case of mistaken identity. The police failed George Floyd in Minnesota when they sat idly by and watched as he gasped that he couldn’t breathe while their fellow officer’s knee crushed his neck. But perhaps the police’s most egregious failure is that the deaths of Ahmaud, Breonna, and George were far from mere accidents or cosmic flukes—they were part of a pattern of police indifference to black American lives, a pattern ingrained into the very foundation of police culture.

The key to understanding the issue of police brutality in this country is that racist police officers don’t carry all the blame for the unwarranted killings of unarmed minorities. That blame is also shouldered by indifferent officers who look on in silence as their colleagues use excessive force, like those who stood by as George Floyd was killed. A fundamental part of police culture, Paul Butler, a law professor at Georgetown and a former federal prosecutor, explains, is that “you’re part of a team and you have to have each other’s back.” Police officers are consistently told to support and protect each other no matter what the cost, to the point, that, in scenarios like George Floyd’s, officers would rather back each other up than help the citizens they swore to protect.

This failure of the policing system isn’t entirely the fault of individual officers who abuse their powers; rather, it’s the natural byproduct of a system that’s rigged to ensure those officers escape conviction. All four officers involved in the murder of George Floyd have been charged, but the truth is that the likelihood that they’ll convict is slim. An analysis conducted by The National Police Misconduct Reporting Project found that police officers are half as likely to be convicted or incarcerated than the average American. Justice was intended to be blind, yet it is clear that instead, the justice system has turned a police badge into a license to kill.

It’s easy to lose hope in a system that is so broken and prejudiced, a system that is so desensitized to the people whose lives are indelibly impacted by its effects, a system whose cracks have existed for so long that they blend into the background. But these are the challenges that must be surmounted to achieve real equity and to break the guise that our police culture has hidden behind for years. As Keeanga-Yamahtta Taylor explained in a column for The New York Times,” If you cannot attain justice by engaging the system, then you must seek other means of changing it.”

The only way to ensure that George Floyd, Breonna Taylor, and Ahaumd Arbery don’t just become more vain casualties of institutional racism in this country is for all of us to engage and fundamentally change our systems.

First and foremost, something that has historically been absent from stands against racial injustice is education. It is virtually impossible to advocate for something you don’t understand.To mend the cracks in institutions like our police force, we must be united, no matter our racial identities. Listening to podcasts, reading books, and watching videos that educate about the struggles and perils of police brutality and the lives it impacts gives us something that humankind has for so long lacked: empathy. Educating ourselves and understanding gives us the power to overcome any hate that we may face. Just because these protests may not directly impact you does not mean we do not all have a responsibility to advocate against racial injustice.

Beyond just educating ourselves, we have to take physical action. It’s easy to repost an image on your Instagram preaching about the necessity for change, but what’s harder is protesting, signing petitions, and donating to organizations that support the cause. It isn’t enough anymore to repost if we hope to see a different outcome than we have in this case and far too many prior ones. We have to be willing to put in the work. Protests will eventually dissipate, petitions will all be signed, and donations will have been made, but the one thing that will remain is the injustice that black Americans face in this country, purely based on their skin color. To change this reality, we must band together and shine a light on the pain and fear of police brutality, instead of letting it once again fade to the background.

Failure doesn’t mean something can’t be fixed. Today, we have the opportunity to transform the narrative that black Americans have lived for so long, to mend what is broken. That comes through acknowledging that our system isn’t working and mobilizing to change that, together. It doesn’t matter if you’re black or you’re blue; we’re all human beings who struggle, face opposition and emerge better on the other side of it. And no matter what, we all deserve to be treated equally. George Floyd, Breonna Taylor, and Ahmaud Arbery and all the victims of racial injustice deserve that much.

Get Involved and Make a Change: Here are some petitions that you can sign to get involved in the fight against racial injustice.

Hands Up Act: A petition to support a piece of legislation that demands that officers receive a mandatory 15-year prison sentence for the killing of unarmed men and women.

National Action Against Police Brutality: A petition that focuses on the encouragement of police accountability and law enforcement reform.

Stand with Breonna: A petition that demands justice for the death of Breonna Taylor after her wrongful murder in her Kentucky apartment, you can also text “ENOUGH” to 55156.

Justice for Ahmaud Arbery: A petition that stands with Ahmaud Arbery, who was killed while he was jogging in Georgia.

The link to some more petitions and ways to make a change: