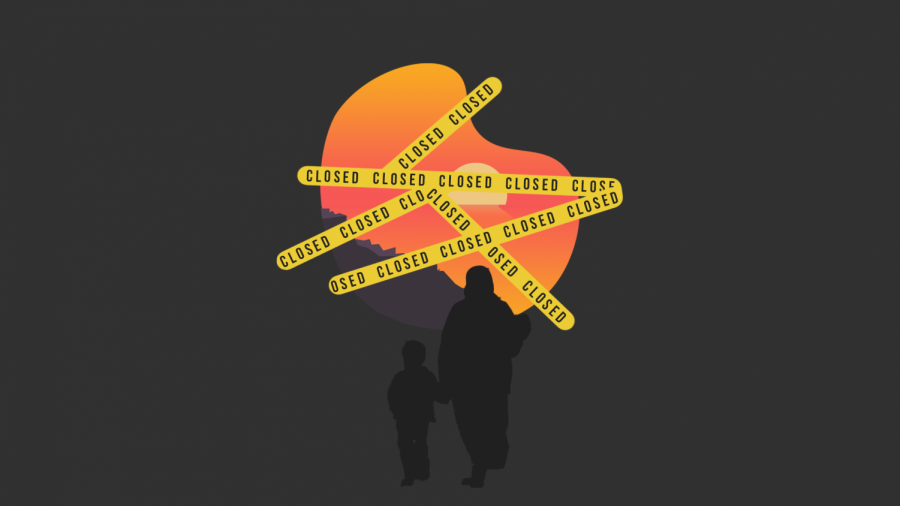 “Like, right now … the Haitians need to come to America, but some people are all, ‘What about the strain on our resources?’ If the government could just … rearrange some things, we could certainly party with the Haitians. It does not say RSVP on the Statue of Liberty,” “Clueless” Protagonist Cher Horowitz, July 19, 1995.

Yes, the all-time favorite movie of every retro teenage girl encapsulates the solution to climate change, as well as the people it displaces.

Climate refugees are victims of a melting Earth. However, they don’t hold any tangible titles or rights. There is no legal mandate protecting climate refugees who are now stranded between borders. The party is closed-invite.

And those on the RSVP list had the privilege of escaping their conditions smoothly. Take Australia’s prime minister Scott Morrison, who took a convenient trip to Hawaii while fires choked his country’s lungs of air. Meanwhile, Honduran farmers whose coffee plantations soured yellow with disease spurred by climate change were given a blind eye when they needed protection.

Yet, there is a solution.

The haters (ahem, Trump) say that resources will be strained. They aren’t wrong. Most climate refugees are farmers or citizens of developing countries; at first, they need financial assistance.

For instance, the United States denied thousands of Haitians entry because they had nothing to contribute to the economy –– at that moment. Though they weren’t climate refugees during the 1990’s, they are a good example of how America unfairly treats asylum applicants.

Also important to consider, climate change is man-made, especially by industrializing countries. It’s hard to tell people they can’t enter because our government likes to pinch pennies –– their communities are crushed under our carbon footprints.

If there aren’t significant changes made to global climate policy, climate refugee numbers will exceed 143 million people by 2050. It is the fault of those with privilege that climate refugees are becoming more commonplace, and viable pro-Earth laws should be enacted to fix industrialized wrongdoings. The Green New Deal is a good start, but we need plans with more details and smaller ambitions for any chance to create new green laws.

In the end, Cher Horowitz is right. Should the United States rearrange some resources, we could all party with the climate refugees. It’s time to update the invitation list.