THE CASE AGAINST VAM SCORES 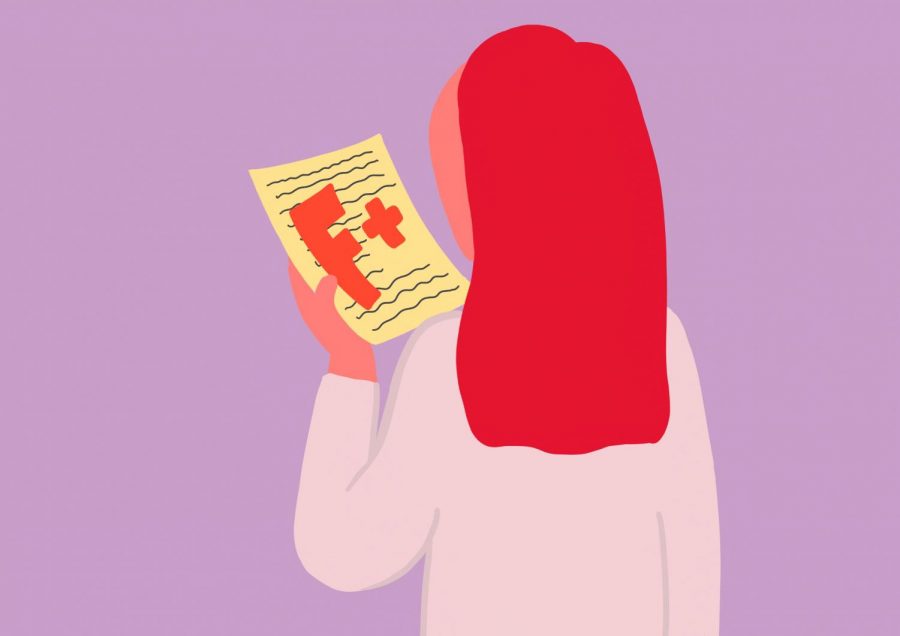 When checking their grades on SIS, students often complain, curse, or burst into tears. Among others, the thought of “Why doesn’t that dumb teacher get a report card, too?” usually arises in these moments of agony. Apparently, representatives and senators across America still experience frightening flashbacks to those very moments. Lingering anxiety is the only explanation for senseless scores assigned teachers.

To put it simply, value-added modeling (VAM) scores, used to evaluate teachers and improve the education system, are equivalent to a slap in an educator’s face. The VAM score is a blunt instrument that is futile and fruitless.

VAM uses a fancy algorithm that measures a student’s standardized test scores before and after having a teacher. Then, as accurately as a weather forecast in Florida, it predicts the teacher’s skill level based on how their students perform.

And in Florida, one in three teachers is evaluated using a single number for every ounce of their dedication and hard work. And VAM scores affect teachers’ daily lives, from their school evaluations to even their salaries.

Education doesn’t work like agriculture, the banking system, or the healthcare industry⁠—all of which used the algorithm (otherwise known as SAS) before some brilliant genius decided to apply it to K–12 schools. But unlike these industries, teachers don’t have complete control over the student. It is the student who truly decides whether they are going to learn. Teachers are there solely to guide the students along.

It’s not just my opinion that bolsters this idea (although my views are pretty much always perfect). The Bill & Melinda Gates Foundation and other organizations spent $575 million on a system equivalent to VAM scores with the goal of improving student achievement. A report by the Rand Corporation concluded that it failed to reach its objective. Put more bluntly, it flopped.

To make matters more complicated, 70 percent of teachers’ students do not take standardized tests. The answer to this problem may seem simple to the average, reasonable person: don’t give the teacher a score at all. But, analytical experts conducting the tests decided to assign it anyway. How? By giving the teacher a score based on the school average. Yes, you read that right. Based on tests they have zero control over, 70 percent of Florida teachers are to receive a score. That percentage is likely higher at Dreyfoos, where the number of arts classes—most of which do not have standardized tests—exceeds that of other schools.

Keep in mind that these VAM scores play into a teacher’s evaluations, which determine the salary they are receiving. Teachers are notoriously underpaid, and keeping thousands of dollars from them because of an arbitrary characteristic outside of their control is ridiculous.

Beyond Dreyfoos, teachers in underperforming schools are even more heavily scrutinized. A statewide policy mandates that if a teacher gets a subpar VAM score, they can no longer work at D- or F-rated schools in order to try to get “good” teachers at struggling schools.

Not only is that a vast logististical challenge for districts, with some underperforming schools being short of teachers, but it is highly unfair for teachers to be forced to leave based on an unpredictable grade.

In fact, it is far harder for a teacher in a struggling school to get a high VAM score. That is because the algorithm cannot account for a multitude of factors, including income level and location. The simple fact is that wealthier children do better in school because they can afford advantages such as tutors and test prep and can spend more time focusing on their education rather than basic necessities.

Statistics show this stark dichotomy: In the northeast Floridian coast, 2/3 of teachers in the most poverty-stricken schools have negative VAM scores, and 2/3 of teachers in the most affluent schools have positive VAM scores.The state legislatures have loosened regulations over how they mandate districts to use VAM scores, but it is unknown whether Palm Beach County will get rid of them. Regardless, this counterproductive measure needs to be abolished everywhere, for the sake of educators and students.