NOT ENOUGH CRIME, TOO MUCH PUNISHMENT 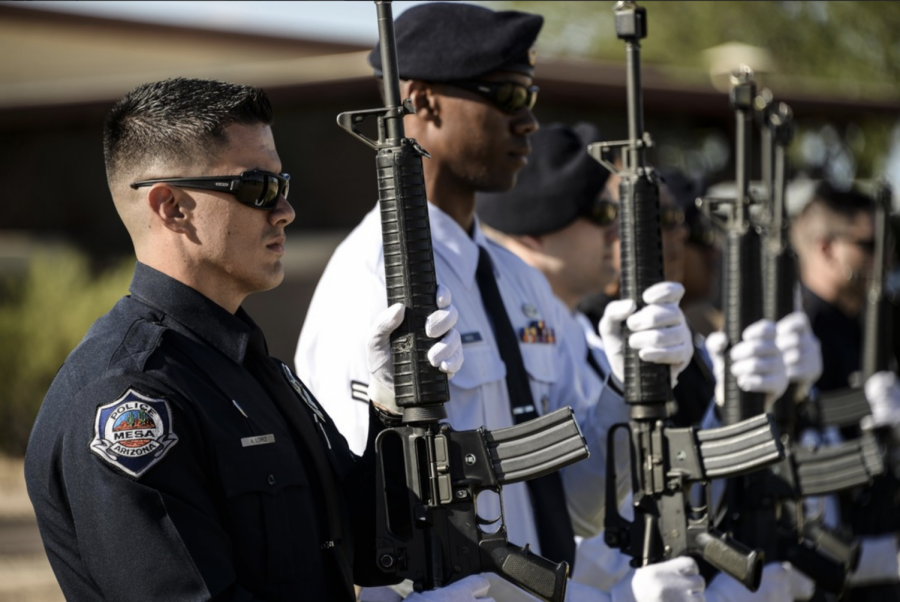 Riots broke out in Ferguson, Missouri, after police officer Darren Wilson shot and killed 18-year-old Michael Brown. Protests demanded answers for their burning questions raised in the community after two police officers shot and killed unarmed Stephon Clark. These, along with many events like it, have rocked the nation and brought up the question: Are the police too powerful? But, is this the question we should actually be asking? The real question is whether the police can handle the power that they already possess.

The Bureau of Justice Statistics tells us that there are approximately 1 million full-time police officers across the U.S. That force has to account for over 300 million people living in the U.S., which means that for every 100,000 U.S. residents, there are about three police officers. Does this make our police force too big? After all, it is the third largest police force in the world, according to Law Enforcement EDU, a website specializing in analyzing police force statistics. Well it can, a large police force can be proven to be unwieldy and ineffective when not administered properly.

Compare that to the Papal State, the small city-state in Italy where the Pope lives. It has a police officer to civilian ratio of 15 officers per 100,000 residents, which makes it the largest in the world. While this is most likely due to the Pope being a high value target and requires high security for safety, the 1,000 people living in the Papal State now have the privilege of living in the most secure state in the world, according to The Washington Post, this shows that a large police force can be used properly and effectively.

The U.S., however, is another story. With a large, ethnically diverse population of over 320 million people, you can bet that there will be divisions. These divisions can create friction between groups of people and cause unrest and civil disobedience.

For example, in the 20th Century, the Austrian Empire was at its peak: With hundreds of thousands of acres of land, it seemed unstoppable. In reality, the Austrian Empire was a bit of a pushover; the ethnic and cultural divides caused by over-policing minority groups made it weak and unstable. The number of languages with completely different alphabets that Austrian officials had to know in order to talk to people showed the cultural divides between these peoples. This eventually led to an angry Serbian man, Gavrilo Princip, eating a sandwich at a corner shop with a pistol after failing to assassinate Archduke Franz Ferdinand, finally seeing Ferdinand’s car turn around the corner.

So, how should we look at this? On one hand, a large police force can create stability and security, such as in the Papal State’s case. On the other hand, over-policing can create cultural division and unrest in a population, such as in the Austrian Empire’s case. In reality, the ideal police force should be large enough to exert the government’s power and authority, but not so powerful to put the people in a position of divide and unrest, but how big is too big? Well, it has to be a balance, with government power on one side, and the people’s freedom on another. It is just another case of finding balance—with millions of lives on the line.