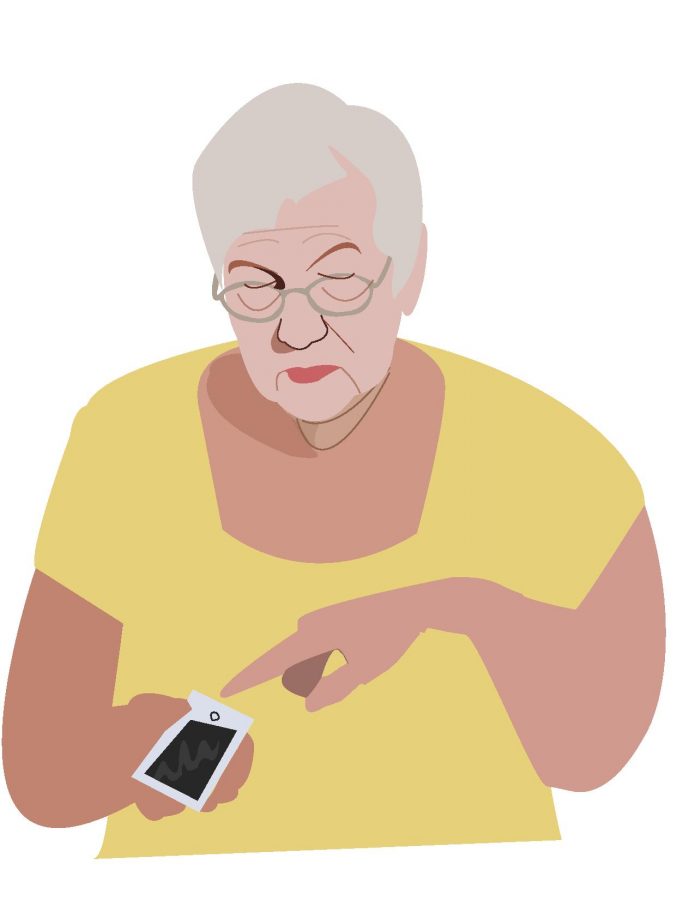 Over Thanksgiving break, I got to see my grandmother for the first time in months. Everything was great: she was socializing with the family, laughing, and hoovering up all the food in the room. Normal grandma stuff. And it went that way for an hour or two, until a grave mishap occurred: Granny reached into her pocket. At first I paid no attention to the movement. I happened to be glancing in her direction as she went for her pants, but I was in the middle of a conversation and took no heed of her actions. However, what truly shook me was the strange, shiny object she pulled out of her pocket and gingerly placed in her hand. I was unaware that the government even allowed people above the age of 55 to have one; so much that it took me by surprise. My little grandma got a new iPhone 7 (and the big version, too).

I’m generally capable of handling precarious situations. When the refrigerator is running low on food, I don’t haphazardly close and open and close open and close and open the door, hoping for food to magically show up (doing so actually would align with the definition of insanity). I don’t lie down in the fetal position and whine until mommy comes and offers to buy takeout food. Rather, I act resourcefully, munching on my arm or the cat in order to make use of any potential cuisine. I believe this affords me some credibility when I say that my grandma’s cellphone disaster was truly disturbing.

Apple products in general are no good for the elderly. Especially not a brand new iPhone. Maybe an Apple hat would be acceptable for them, but putting them near an Apple phone is like putting a monkey in the cockpit of a rocket ship. I’ve seen many old folks struggle with a flip phone. The type of phone that has three features: make a call, take a call, and listen to voicemails. Add a million and one features to that, and you get an iPhone. Something that an old person struggles to unlock, let alone use on a daily basis.

Yes, there are old people who can use an iPhone better than I’ll ever be able to. But there are also monkeys that have been on the moon. These kinds of elderly folks are so few and far between that it serves little purpose in getting this age group a phone of such difficulty. The odds of finding one skilled enough to make use of it are akin to the odds of being struck by lightning, twice. In statistics, this is known as a negligible trend: Something so uncommon that it’s irrelevant to the central argument. By the same token, I firmly believe that we should withhold people of 55+ years from owning an iPhone. Age restrictions are common practice — People under 21 cannot buy alcohol, under 18 cannot smoke, and over 15 cannot have a Quinceañera.

The elderly cannot have such high-level technology. They might be great at crossword puzzles, Bingo, driving incredibly slow, and taking naps, but they are not fit to use one of mankind’s largest feats. If we take baby steps, they could potentially work their way up to something a bit more complex like an Android, but nothing more. The fate of our precious time and patience is in the hands of this aged group.