The Types of People at Starbucks 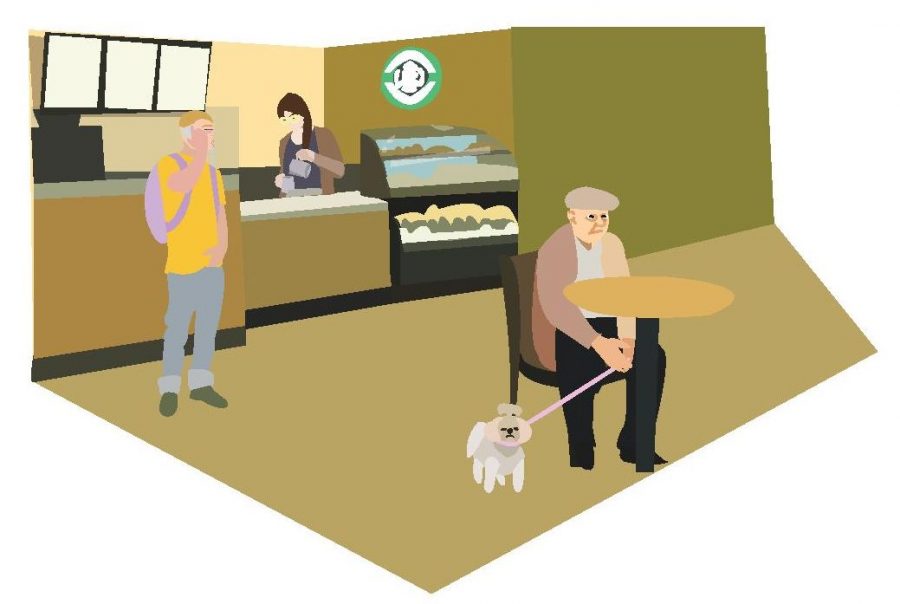 The crowd going into Starbucks is a grumpy tired mess that I am proud to be a part of. Over the course of three years of before school Starbucks, I’ve learned quite a bit about people.

There’s the friendly barista that calls me Jacob (because I use my brother’s Starbucks account for mobile orders), the regulars that sit outside with their dogs, a few new faces occasionally, and people like me on their way to work or school having just woken up less than an hour before.

The barista has known me and my brothers for years; we love coffee. He greets everyone with a smile and by some logic in his mind, my brother and I share a name. I don’t mind this. At my local Starbucks, my name is Jacob.

Outside of the shop are my favorite people- the regulars. These individuals don’t seem to do anything but sit at Starbucks. They happily watch their dogs and never run out of politics or art to discuss. It’s always refreshing during the stress of my morning to see people that are so content to sit, and so willing to converse at eight in the morning.

The new customers are the most interesting because they are unpredictable. The kindest-looking people will turn up their noses at you, but the angry-looking biker covered in tattoos will stop and hold the door. As far fetched as it sounds, through daily observation of all kinds of people, Starbucks has made me, a self proclaimed recluse, more open to noticing the people around me, because they’re usually more interesting than they seem.

At this point I am familiar with most people at the coffee shop, but the majority of them are nameless in my mind. It’s baffling to think of how I’ve seen these people every day since seventh grade and not ever bothered to ask their name or how they’re doing. I’m usually extremely talkative, but for some reason, in Starbucks watching interaction is more informational than taking part in it.

Another unique facet of the Starbucks atmosphere is how easy it is to switch roles, that opportunity doesn’t often arise elsewhere.When I go to a different Starbucks three miles away, I suddenly develop a new persona. No longer Jacob, I become “Jill” and no one ever spells it right. At other Starbucks’ I get the experience of being a new customer instead of just observing them. Something about  ordering a drink becomes stressful when you realize the barista doesn’t know your order by heart. Despite this, it’s still interesting to watch the people that obviously go every day from a different perspective.

My daily Starbucks trip has taught me more than I ever expected to learn about people and human interaction. The little community of caffeine addicts is always a familiar one. Though I favor my local Starbucks, there are lessons to be learned and personalities to be observed at Starbucks’ all over.