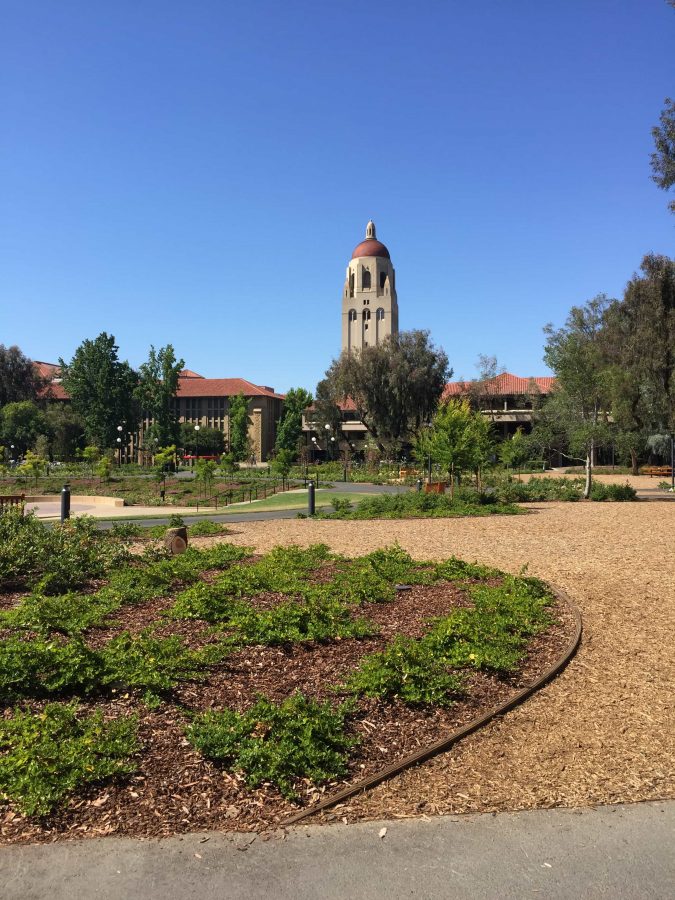 The Hoover Tower at Stanford University. Stanford is the location where NBTB 2016 was held.

As a native Floridian, air conditioning has always been a must, a necessity; something we Sunshine Staters find as important as our oranges or frequent beach trips or Publix sub sandwiches. But here I was, in the most difficult university to get into in the United States, Stanford, and I felt as if the air had been knocked out of me.

Though it may seem like it now, the reason I was there was not to investigate air conditioning, or rather, lack thereof, but to participate in a journalism program. To put myself out there and meet people from around the world, to indulge in Stanford’s award-winning dining, and oh, to learn a little, too.

After the initial orientation on Sunday, we began our classes  bright and early Monday morning . Breakfast was at 7 a.m., which meant we were expected to be awake by 6:30 a.m., and following the usual breakfast of tater tots, waffles, coffee, and fruit from the Farm for the Farm, (Stanford’s nickname), I headed to my first class: photojournalism, which wasn’t really up my alley. I was much more excited for 9:15 a.m, the starting time of my writing class, which was held in the building where The Stanford Daily is produced,and also where I may have nerded out a bit and taken a couple copies. After that was video production, and to close out the classes was an interactive website design course. We ate lunch and returned to our dorm, Larkin, for our p.m. group, which were all named after publications (for example, mine was The Telegraph.) Here, we learned that Wednesday we were going into San Francisco, and were going to be imitating what 70 other media publications were doing: covering homelessness.

By Wednesday, we left for San Francisco, wearing jeans and jackets, even though we probably should have worn hats, scarves, gloves, earmuffs, fluffy parkas, knee-high boots, you know, the whole shebang, because it was 51 degrees. (While Florida, I checked, was a sweltering 91).

We arrived around 10 a.m. and our first stop was Mission Dolores Park, a park which was seemingly normal: dogs were allowed off their leash and roamed free, parents brought their kids to play on the playground, et cetera.That was all before we met Kurt. Kurt Yochum was a production manager for a 2017 movie, starring Justin Long and Cobie Smulders, whom he proudly pointed out behind us, and accused my group of being paparazzi, wondering “how could we have possibly found them already.” We were confused until we turned and saw cameras rolling and the two stars Mr. Yochum had pointed out previously walking up and down a hill in the park.

“Don’t stare at them directly in the eyes,”  he told us, “And don’t tweet the location either.”

We didn’t. What we did do, however, was interview the homeless people that we found across the park from the movie producers, sitting in a group of three, wrapped up in blankets and sitting under the trees.

At first, it was scary, my group and I didn’t know what to expect. But once we got into it, it became less like an interview, and more like a conversation, learning their names (Schaz, Shane, and Brandon), their situation, and that Schaz’s three essentials happened to be weed, food, and sleep (in that order).

The rest of the week went by way too fast. Both Wednesday and Thursday nights, we stayed up past curfew to work on our websites to document the homeless we met in San Francisco and to tell their stories. Friday, we prepared to showcase our work, and Saturday, the showcase was held, with local parents of students attending the camp in the audience.

When the program ended, I took an afternoon flight to West Palm Beach, arriving back home at two in the morning. After the early wake-up calls I had to endure throughout the past week, I can honestly say that I ended up sleeping happily in remembrance of my past week for over 18 hours that night.