The World According to Ruby 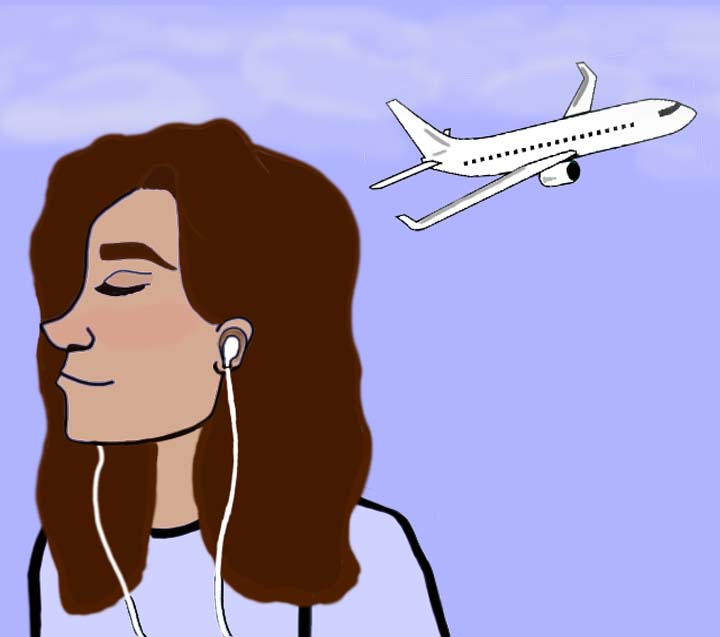 My late grandfather was afraid of flying. My birth was probably the only time in my existence when he and my grandma boarded a plane and traveled from Turkey to come see my arrival live and in person. My mother took that trait from him. Whether we traveled across the world or across the country, when there was just the slightest bit of turbulence, she’d grab my hand and make sure I was okay, and of course clap when the plane landed (she’s one of those people). (As I write this, I am actually on a plane without her but with turbulence, and I am so accustomed to her hand grabbing that I actually grabbed the arm rest next to me instead. Comforting, I know). So, as a child, we drove places a lot.

My mother’s brother moved to South Carolina from Turkey 20 years ago, and she believed the drive wasn’t that far. But for me, the car ride was excruciating. I have math professors as parents, so I spent 10 hours dramatically staring out the window, listening to trashy pop music, as my parents discussed the most mundane topics known to man from integrals to derivatives.

By sixth grade, most of my friends lived in Wellington, which was 45 minutes away from my home. As a result, there were many times when I asked my parents to drive me to Wellington so I could see them. But, as I noticed on the ride home, which was usually complete with my dad making lame jokes and listening to 98.7, it seemed to be so much shorter than the ride up. This led me to create a theory. Basically, the ride coming back seems to last less time than the ride going out. I believed that this was because you are already accustomed to what you are seeing, or because the anticipation of the ride was over, as you are just going home. This is my brain’s mechanism. As I notice inconsistencies and weird occurrences, I jot them down or come up with “theories” of sorts, and sometimes refer to them as “Big Questions.”

But I began to realize that my experiences weren’t remembered by the things we passed or the events that happened, but rather the music that was played.

In 2004, when I was four, my mom had a work conference in New Orleans (I call them “nerd conventions”). We were planning to go with her until I got sick the week before. My parents cancelled my ticket and the day she had to leave, my dad and I dropped her off at the airport and drove home. I don’t remember what my dad and I talked about, but I remember the music. I remember “White Room” by Cream, “Summertime” by Janis Joplin, and “House of the Rising Sun” by the Animals. This remembrance of songs relating to places continued for years to come.

In 2011, my mom and I went to Turkey, Germany, and France without my dad and I took his iPod with us so I would have some things to listen to and remember him by. To this day, I remember listening to “Sympathy For the Devil” by the Rolling Stones while lying on an air mattress in Izmir on a sunny day, and listening to Electric Light Orchestra’s “All Over the World” album while laying on another air mattress in Paris, half-listening to the music and half-listening to it rain outside. All this made me realize that music can represent periods of time in your life, bringing you back to anything from the feelings you experienced when listening to a song.

I’ve been on planes, trains, and automobiles. I’ve traveled across the country, Palm Beach County, and the world. For me, traveling is something that allows weirdos like myself to have lot of time to think. From theories about perception of time to the role music plays in our memory, I’ve thought through anything and everything, and chances are, have put my own spin on it.