Current attitudes toward Muslims are retrogressive 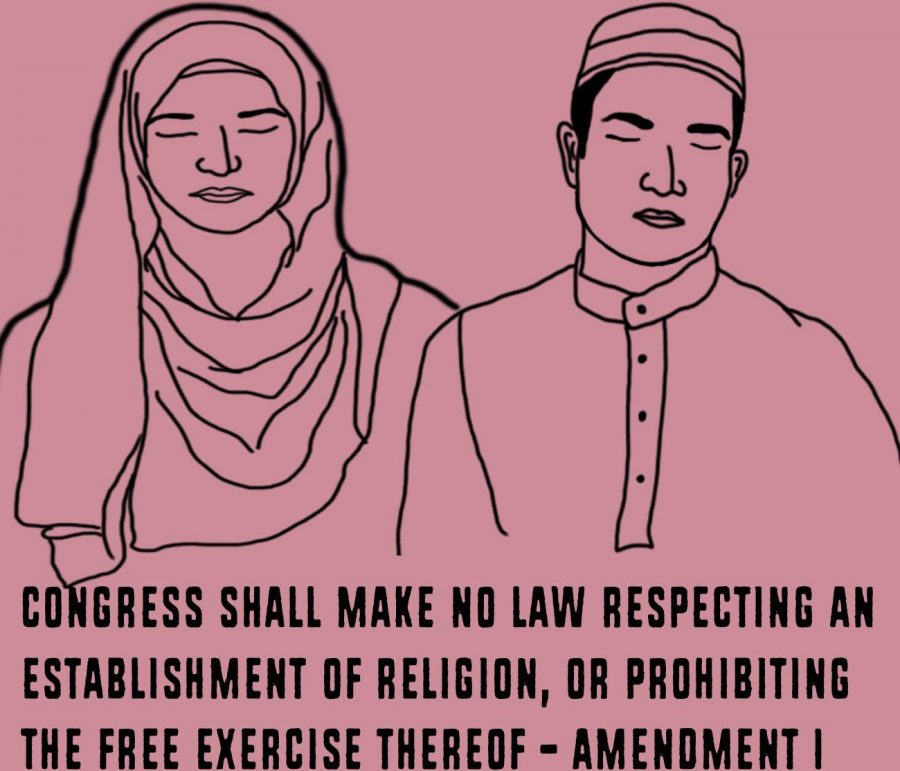 On Sept. 11, 2001, our country was shaken. News came flooding in that four hijacked planes had intentionally crashed into New York City’s World Trade Center, causing almost 3,000 deaths. As I was just one-year-old at the time, I am too young to have memories of this. Even though it has been over a decade since the 9/11 attacks, the resulting backlash is almost as strong as the attacks themselves, something I do not have memories of, because it is happening as we speak.

Americans are now afraid of women in hijabs and men in taqiyah caps. We now run from those with darker skin in fear that they are terrorists. There are whole pages on the Internet dedicated to “Stereotypes of Arabs and Muslims in the United States” and “Islamophobia in the United States.” Recently, according to The New York Times, a college student by the name Khairuldeen Makhzoomi was removed from a Southwest Airlines flight because he spoke Arabic.

Since the beginning of time, we have enslaved and discriminated against those who we feel are inferior to ourselves. Whether it is because of the color of their skin, a social class, or even a gender, humans then and now have always found a way to victimize. In our post-9/11 world, we aren’t taught to form our own opinions on Muslims and Islamic culture, and we aren’t taught that they are good or kind people; we are taught, from the very start, that they are bad, that they are terrorists, that they are to be avoided at all costs, and that any sighting of them requires a call for help.

As a Jewish person growing up in a post-Holocaust world, I have learned to feel compassion and empathy towards those being prejudiced against. When Republican candidate Donald Trump announced that he wanted to ID every Muslim living in the United States, I knew it sounded too similar to the yellow stars and swastikas of the past. For one trying to “Make America Great Again,” his plan is atrocious.

As a Turk, I have Islamic culture in my visits to Turkey: Muslim women who wish to wear a hijab, modern women who don’t feel a need, Muslims who have opened their home to my family and I, and Muslims who wake up at the crack of dawn to pray in a mosque and have those peaceful prayers echo throughout the town, a privilege they are not granted in America, the  “land of the free.” By being immersed in their culture in every visit, I see friendly faces and hear sonorous prayers coming from people who just happen to be Muslim.

One may counter: aren’t terrorists Muslims? Why should we tolerate a religious group that we do not feel safe being around? Although some are extremists, out of the approximate two billion Muslims in the world, only a small percentage of them are jihadists; and the vast majority of Muslims are truly peaceful people who don’t deserve the discrimination placed on them. Are we really so fearful of members of a religion that we want to throw out each and every one of them and forbid them from coming into our country in the future?

Islamophobia, wherever it may end up, does not have a good future. In Europe and America, where there are lower numbers of Muslims in comparison to Asia and the Middle East, harassment levels are higher, with women especially. Chris Allen, a professor of sociology at the University of Birmingham, conducted a series of 20 interviews with British Muslim women, finding that they have been taunted often in their home country. These women are compared to terrorists, one woman was called “Mrs. Osama Bin Laden” and another was told to “go back to Afghanistan.” In Belgium, following the Brussels attacks, a man by the name of Ibrahim Ouassari told a reporter for NPR that his Arabic-sounding first-name prevented him from renting an apartment. The Muslim community in Belgium is detached from the rest, a canal separating the Muslims from the other part of the population. Ouassari said that when he was 16 years old, he remembered crossing the physical border to go to the Brussels city center for the first time on his own. When he reached the city center, however, he felt discriminated against, as if he did not belong in his own country. In a cafe, he said, a man had implied he did not belong, telling him, “you’re not Belgian,” because given his first name, it was “impossible” to be so.

The beginning of the 21st century sparked a new era for our nation and many others. As for the United States, we lost our sense of security and trust in less than two hours, while Muslims lost the ability to be seen as normal citizens. We need to open our eyes and realize that this is no different from any kind of discrimination, and needs to be stopped.