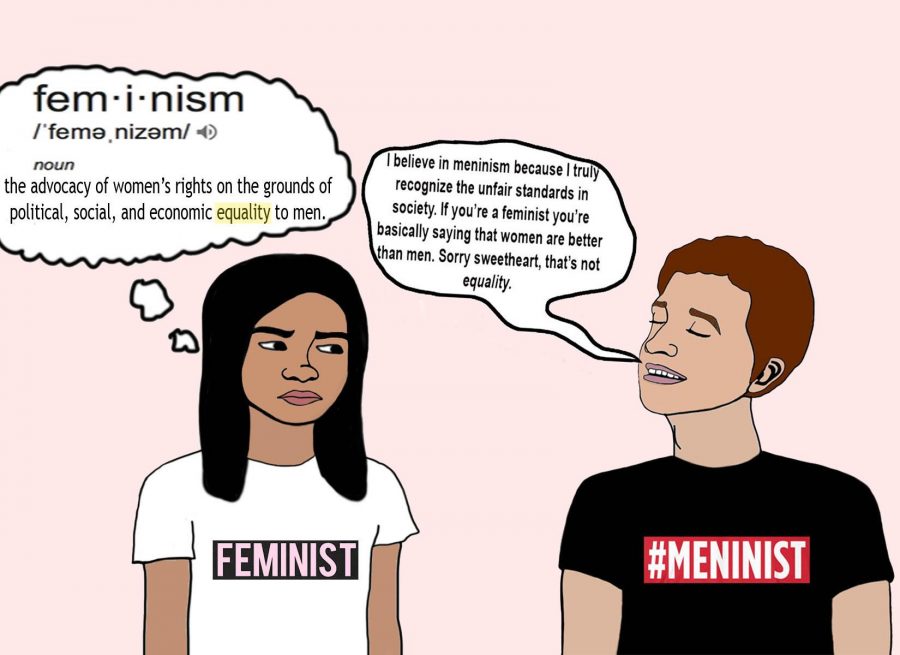 Since the establishment of feminism in the 19th century, there has been a flooding amount of misconceptions about its true meaning. Some people believe that feminism is about proving that females are better than males, fighting for the matriarchy to overthrow the patriarchy, and barring women from behaving femininely. However, this is not the goal of the feminism movement at all.

In reality, feminism is about one key idea: making sure all women have the same amount of rights that men receive. One doesn’t even need to be female to be a feminist; plenty of men consider themselves to be a part of the movement as well. Although it is a simple concept, feminism is often bent into a completely different image.

According to a study done by Villanova University, one of the most common misconceptions about feminism is that “all feminists are lesbians and bra-burning radicals who hate men.” This is most certainly not true; feminism is not directed towards a specific gender or sexual orientation. No matter how many times it must be reiterated, feminism is absolutely not an ideology based on inequality. According to the same study, most  people believe women already have equal rights, due to the ratification of the 19th amendment allowing for women’s suffrage. Nonetheless, the wage gap between men and women still exists. Women receive less for doing the same job as their fellow male co-workers. In a study done by the Journal of the American Medical Association, males in the medical field can be paid almost twice as much as their female counterparts, even if that female doctor is better qualified in her field.

Many women are also denied certain jobs based on their gender. This is because they have the possibility of going on maternity leave or because they could be distracted by taking care of their children. According to Catalyst, a nonprofit organization for women’s rights, Title VII of the US Civil Rights Act of 1964 states that “an employer cannot refuse to hire someone on the basis of pregnancy [or a] pregnancy-related condition, and a pregnant employee must be allowed to work for as long as she can perform her job duties.” Despite the creation of the Title VII, in 2014, there were over 3,000 registered complaints of pregnancy discrimination in the workplace.

Meninism and feminism both create a social minefield, and equality can only be recognized when labels are taken off of people and opportunities are given to them instead. Feminism is trying to fix the problems that women have struggled with since the inequalities were put in place, making meninism an extraneous movement that only hinders the progression of universal rights. Although society has made a lot of progress, women’s rights are still not where they should be, completely equal as to that of men’s.