A look into the development of catchphrases 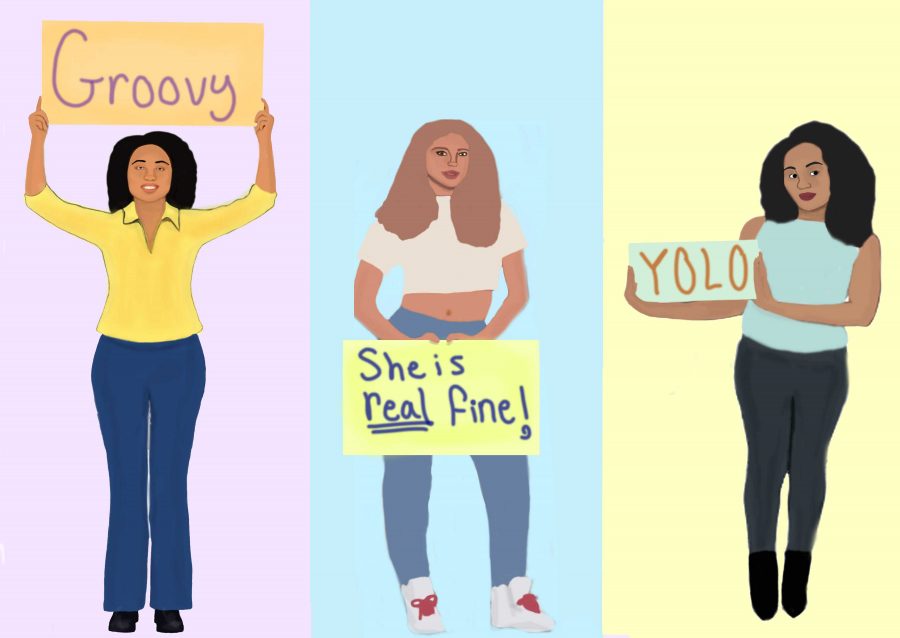 Throughout the last 50 years, generations have had some “groovy” and “rad” catchphrases that go hand in hand with their times. The evolution of these words marks symbols for almost every decade.

Living in the 1970s, the slang you might’ve heard would’ve been completely normal. Hearing them used today might be rather strange. For instance, telling someone his or her new car is “far out,” “bad,” or “neato” may get you some weird looks. But back then, all of those words were synonyms for the word “cool.” Even though they may sound strange in our culture, I find them to be timeless, regardless of how “chumpy” they would make you look.

Meanwhile, the 1980s had some wild words of their own. If you wanted to express your attraction towards someone, you would say, “girl, that guy is totally bodacious,” or  “just met his girl; she’s real fine.” Also, the popular  catchphrase “gag me with a spoon” was used often in the ‘80s to express disgust or unhappiness. This term originates from the idea of a “valley girl.”

To me, it seems like some of the ‘80s catchphrases are still in use in our present-day society. After all, many words have literally transcended generations. For instance, although some of the slang was “like totally tubular,” the words  “dude,” “burn,” and “fresh” are still used in our day to day language.

In regards to the 1990s and early 2000s, phrases like “as if!” (do you really expect that to happen?), “you got hella cheddar,” (you’ve got a lot of money), and “man, you scored mad grindage” (you got a lot of food) were all extremely popular. Like almost all things that used to be popular, it would be embarrassing if you attempted to use them in all seriousness today.

To be fair, some of our very own slang today is shameful as a representation of our generation. Although some of our own phrases are pretty “lit,” I find we overuse them way too much. It may be that our generation is too “ratchet” and “turnt” to function normally, or maybe all of the good catchphrases have already been used. Nevertheless, the evolution of slang through time has shown us the true definition of each and every decade.