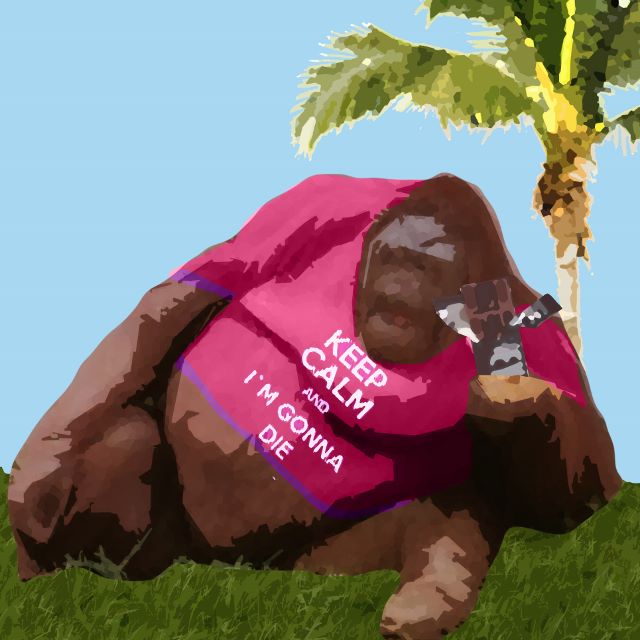 Social media has become a method for us to advertise ecological disasters with links to petitions and videos that call for action but rarely do we take physical actions to support our causes. Skimming through my Facebook feed, I repeatedly witness posts about the deaths of endangered animals and their decreasing possibilities for conservation.

Two years ago, we mourned the death of lonesome George, the last Pinta Island Tortoise, and a couple of years before, we lamented the extinction of China’s Yangtze River Dolphin. As we delve deeper into a list of possible extinctions in the next decades, orangutans, tigers and rhinos could perhaps disappear to become story book characters for our children like the dodo became to us. The issue of extinction seems beyond us for each person to take a vow of action; therefore, we satisfy our qualms by posting about animal endangerment.

These endearing creatures venerated in our society through stuffed animals and Halloween costumes are approaching their demise because of us. Focus on the orangutan, an ape from the Indonesian rainforests. Over the past few decades, deforestation in Borneo and Sumatra has exterminated endangered animal populations. Palm oil is the primary cause of deforestation in Southeast Asia, destroying 840,000 hectares of primary rainforest in 2012. This primary rainforests is the home of orangutans and other endangered animals such as the Sumatran rhino and the Borneo elephant. Firms murder orangutans while expanding their production of palm oil – a crop that is found in most chocolates, soaps, shampoos and instant noodles.
Pushed from their homes or murdered in the act, orangutans have no possible escape from cash crop firms, yet teens assume that they can sway the outcome of the orangutan’s future by posting about conservation with a chocolate in hand. I believe posting about orangutan conservation when the chocolate bar one eats has palm oil to be hypocritical . The consumer holds the power to change a firm’s behavior, and few of my ecologically-enthused friends ever avoid the pleasures of a twix or snickers bar.

Such hypocrisy or sometimes ignorance is also seen in issues that affect the United States directly. The fact that there are an estimated 5,000 captive tigers in the U.S. – a number higher than that of Asia – surprises most citizens. People not trained to care for animals in general, let alone tigers, privately own almost 95 percent of captive tigers. Even more alarming, there is no exact record or system to determine the number of tigers in the country, where they are, or what happens after they die. The United States can fix tiger extinction from home, but conservation is normally directed to Asia instead of fixing the lack of control in the captive tiger industry.

It is human instinct to care and to wish for the wellbeing of others; however, when our interests collide with our morals we end up succumbing to whatever benefits us. And as we near an era of global population stabilization, the rate at which we exploit our forests, oceans and other habitats should stabilize, too. Nevertheless, we continue to fight indirectly as cowards for animals when the opportunity to make a change rests in our backyard, in our community, in our country and in our world. Next time a chocolate bar or a private zoo appeals to you, remember that it is a better act of change to take physical action before advocating through a Facebook post.