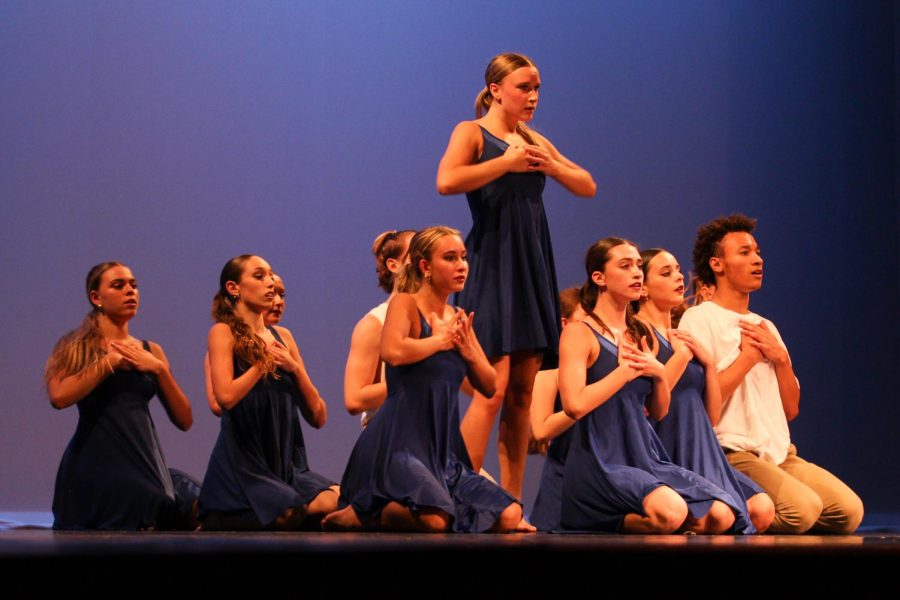 Standing in the middle of her peers, dance senior Zoe Revennaugh dances to the piece she choreographed, titled “Zoe’s Dance.”

The senior dance concert, Twenty Two, took place from 7 to 9 p.m., consisting of 22 pieces each choreographed by a different dance senior.

“In preparation for this concert we had rehearsal every day since January and have put a lot of thought into every aspect including lights, costumes, advertisement, and more,” dance senior Jackie Albanese said. “It was overwhelming and stressful, but it is all worth it in the end.”

Albanese described the concert as “bittersweet” because it was the last time the senior dance class would dance together at a Dreyfoos concert.

“Dance means everything to me,” Albanese said. “I have done it for so long that it has become part of my everyday life and my only outlet from the stress of the ‘real world. My feelings towards dance have only expanded in the most positive way since my time began at Dreyfoos.”