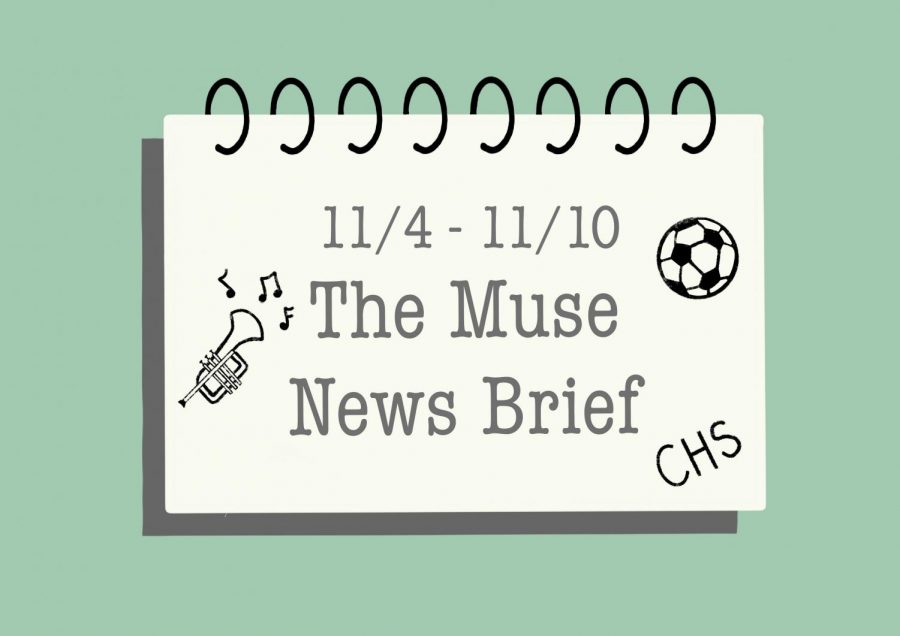 Here are some of the biggest events and news stories that took place on campus the week of Nov. 4–10.

The girls soccer team competed against FAU High School and Santaluces Community High School in two separate 20-minute games as a part of Olympic Heights High School’s ninth annual soccer showcase on Nov. 4. The Jaguars walked off the field after tying with both their opponents 0-0. This tournament preceded the regular season as a way to help players get back into the mindset of the sport.

“We’ve been conditioning for a month and we’ve been getting together as a team to try and find that cohesiveness, but I think we’ve still got a long way to go as far as getting used to playing with each other, which is why I like these pre-season games,” Coach Sarah Garcia said. “You can see that whole field experience we don’t have at school.”

Communications Honor Society held its new member induction on Nov. 7 during lunch. The organization focuses on allowing communications majors to explore the work the department is doing as well as help around the department by attending events and volunteering. The two sponsors for the honor society are film teacher Ruby Hernandez and communications teacher Brittany Rigdon.

The band department finished a series of concerts last week on Nov. 8 at 6:30 p.m. in Meyer Hall in honor of Veterans Day. The groups that played included the Wind Ensemble and the Symphonic Band, directed by band teacher Evan Rogovin.

“For the most part, we were really happy with how it finished,” band sophomore Nicholas Martin said. “It felt great to go out there and perform and do the best we could. All the hard work we did, I feel like it paid off. A lot of people sacrificed their time during lunch to work on sectionals and become better.”

Dance Marathon held its annual Push Day on Friday, in which members of the club went around campus asking other students for small donations that could go toward their cause.

“Dance Marathon is an organization that helps children with pediatric illnesses fund their hospital stays, and Push Day was basically a day that we have to collect change and other forms of money throughout the student population at Dreyfoos, and also just to get donations [for our cause],” Co-President and dance senior Alyse Harris said.

For more information on how to help with Dance Marathon, click here.

“Much Ado About Nothing” Opens

A week after “Crazy For You” premiered, a new theatre show took the stage. “Much Ado About Nothing” came out this past week and ran through Nov. 10. Vast amounts of effort went into creating the final production and the process leading up to the show was a lot more “scary” than the performance of the play portrayed, according to members of the crew.

“We actually did not have much time to work on [the play] and we put it together in four weeks,” theatre junior Aaron Idlis said. “It honestly felt really good because I was scared a couple days before the show was happening. I was kind of terrified that things were going to [get] mess[ed] up, but by Thursday we just got it down. I feel pretty proud about that.”