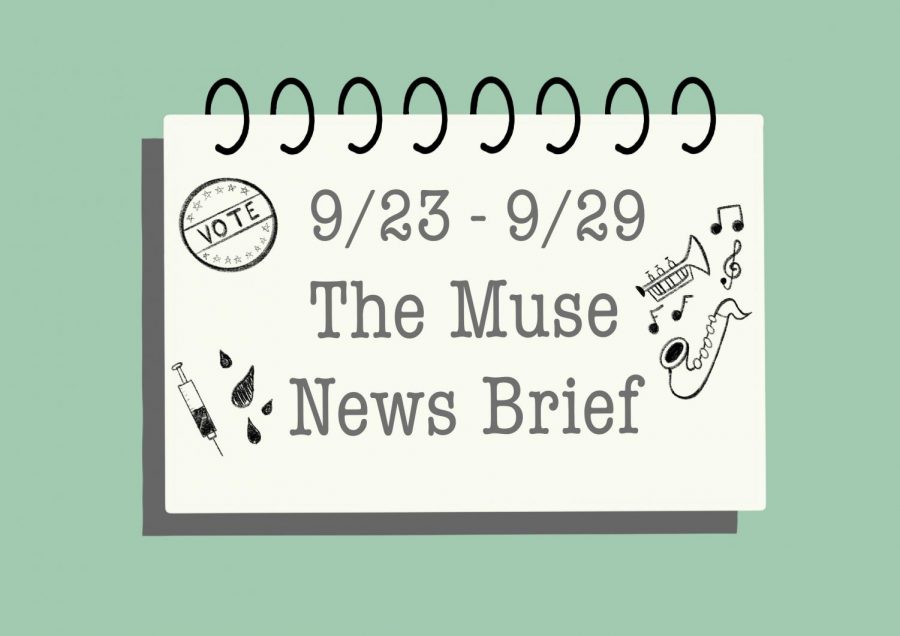 Here are some of the biggest events and news stories that took place at Dreyfoos the week of Sept. 23–29.

The Palm Beach chapter of March For Our Lives, along with several students, helped with voter registration after school on Sept. 23. They put up fliers around Rosemary Square to spread awareness of the importance of voting. This included giving people tax numbers with codes, providing them a page that they could vote on, and recruiting more people for the chapter itself.

“Voting is so crucial toward holding democratic principles in our society, and it also holds political candidates in office accountable for their efforts for the public’s best interest,” band senior Theo Shusterman said.

Model United Nations kicked off the year with their first general meeting of the year. Officers introduced themselves and discussed core messages of the club, allowing new members to get a glimpse of what MUN has to offer.

“Working in Model UN for over two years has been a really enriching experience to see everybody cooperate and show their own respective passions for international affairs and relations,” MUN President and communications senior Marco Munoz said. “I try to make every year better than the last, which is why I’m trying to launch conferences so that I can meet the interest at a level that will allow everyone to succeed.”

Jewish Student Union started off their year with an introductory meeting on Sept. 27. During the meeting, they celebrated the upcoming holiday of Rosh Hashanah, played icebreaker games to introduce members and officers, and completed different activities to show the diverse aspects of the club.

“When you go to Hebrew school, you always have apples and honey [for Rosh Hashanah], so for our first meeting, we wanted to have a little Rosh Hashanah party where we made candy apples,” theatre junior Ava Zausner said. “It’s just fun because it’s a lot of people’s first time, and in past years people didn’t know about [Jewish Student Union]. People think it’s like a scary cult type of thing, which is really not the case, and most of the club is not even Jewish, so it is really fun.”

First Band Concert of the Year

“I think this concert set the band department up well [for the rest of the year],” band sophomore Sarang Shravan said. “We definitely have room to improve for the next few concerts. It helps for a musician to play in a big group like band, which has 45 to 50 people, because it is a really rewarding experience.”

After the former principal of Spanish River High School made controversial remarks regarding the Holocaust, the state of Florida took the matter into its own hands and enforced a weeklong freedom-based curriculum in schools. Social studies teachers were required to spend three hours of class time teaching about the Declaration of Independence, and students were required to recite parts of the historical document along with the morning announcements throughout the week.

Visit our website for more in-depth coverage on this story.

The National Honor Society, in conjunction with the organization OneBlood, coordinated a blood drive on campus last Friday. Many students volunteered, gave blood, or donated decorations, and they received volunteer hours for their service.

“I did a special thing because I had more red blood cells than [the phlebotomist] said anyone else that came onto the bus today,“ theatre junior Seth Greenberg said, grinning as he spoke. “So they did an Alyx machine, which is where they sucked out two bags of red blood cells and plasma and platelets and stuff and then shot back into me the plasma and platelets throughout. And so all of a sudden, my blood turned white—like, clear. If you are thinking about donating blood, you definitely should because very few people do.”