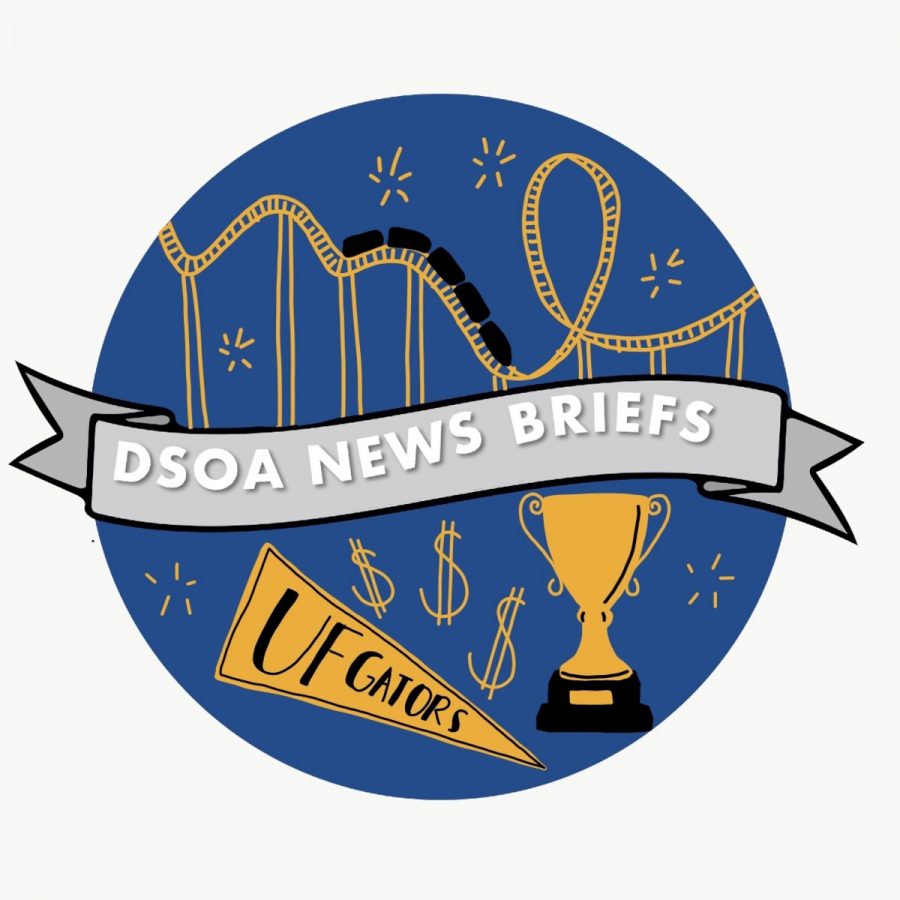 Round tables with floral centerpieces and polished trophies were seen at the 38th Annual Palm Beach Post Excellence in High School Journalism Awards, held at the Hilton West Palm Beach on May 3. With categories ranging from Column Writing to General Excellence in Student Newspaper, The Muse at Dreyfoos, alongside 15 other schools in Palm Beach County, received plaques, certificates, and trophies for journalistic achievements.

Students were judged by established journalists from The Palm Beach Post, including Editorial Page Editor Rick Christie and Social Media Manager Dan Scapusio. The award ceremony was hosted by The Palm Beach Post’s Publisher Timothy D. Burke, but also included keynote speaker Greg Lovett, the Multimedia Director at The Palm Beach Post, who emphasized storytelling through pictures. The top three places and an honorable mention were recognized in each category, with The Muse received a multitude of awards, including a sweep in the Entertainment Writing category.

As the event was school-sponsored, administration prioritized safety throughout the entire trip. Prior to purchasing tickets, students had to be in good academic standing, and before departing school grounds, seniors had to pass a drug test. Both the Universal Studios and Islands of Adventure park were closed off to the public as only participating schools from Florida, Alabama, and Georgia were allowed to enter. The most popular attractions included The Wizarding World of Harry Potter and Hollywood Rip Ride Rockit, along with the live entertainment such as karaoke and street performances. Despite the grueling waiting times and large crowds, students were still able to experience most of what the parks had to offer. Nearing 1 a.m., students left the park with senior memories that would last a lifetime.

“I wanted to go to Grad Bash to have fun and celebrate my last moments with my friends,” strings senior Madison Payne said. “After working tirelessly for four long years, endless nights of studying, staying up late writing essays, celebratory events like Grad Bash make all it seem worthwhile. [In fact], the butterbeer was, by far, the highlight of the night.”

Colorful pendants decorated the walls of the cafeteria on National College Decision Day, or May 1. To celebrate their high school achievements, seniors hung up pendants representing the school they will attend, took pictures at photo booths, and enjoyed donuts as well as other treats. Universities ranging from state schools such as the University of Florida to Ivy League schools such as Yale University were represented through the pendants.

Most students finalized the school that they will be attending in the fall, except for those who remain on the waitlist. However, throughout the entire year, all seniors have researched into scholarships and financial aid to cover college tuition. In fact, the School of the Arts Foundation hosted a scholarship night on April 25 in Meyer Hall. The foundation provided over $160,000 worth of scholarships, and some individual students received upwards of $30,000 through the Foundation.