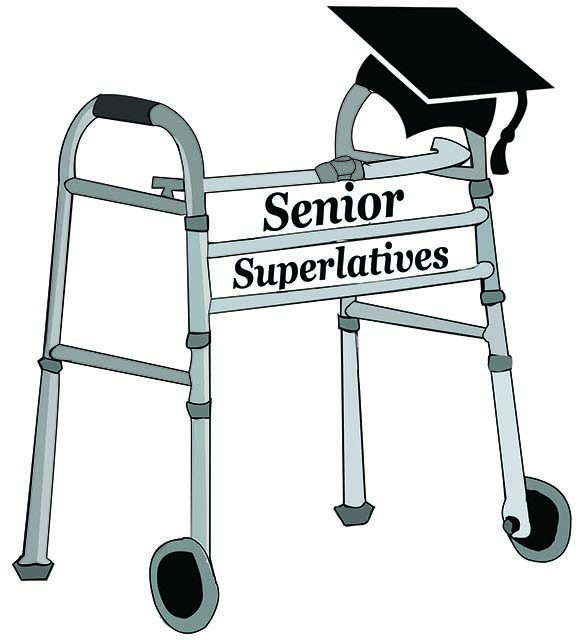 Seniors have selected their "superlatives" in categories such as Sass King and Queen or Life of the Party.

As the second semester is well underway, Dreyfoos’ annual senior superlatives have been decided. This year, the categories included classics such as Cutest Couple and Class Clown, as well as newer superlatives like Sass King and Queen and Most Likely to be Late to Graduation.

“It was really awesome to be a part of superlatives. The fact that I won was funny, because I somehow qualified for mine,” communications senior and Most Likely to Get Away with Murder winner Erik Ridd said.

During the weeks leading up to the decisions of superlatives, some students even campaigned for themselves based on their categories. For instance, theatre senior and Best Dressed co-winner Taylor Blount had a “power week,” in which she wore the best clothes in her wardrobe to get a few more votes. Others campaigned on social media so they too could win.

The superlatives were finalized last week using an online voting system through Naviance. The Marquee did most of the voting process by establishing preliminary rounds for each category, counting those by hand and working with school counselor administrator Ms. Georgia Mounce to move the final voting online.

“We were pretty efficient this year in comparison to what we have done in the past. I don’t recall any part of the process being particularly difficult, but tallying the names from the preliminaries was definitely tedious,” communications sophomore Maya Levkovitz said.

All 12 categories had a male and female winner, except for the category Best Dressed, which had two female winners along with the male winner due to a mishap on the Naviance voting. For the first half hour or so, communications senior Gabbie Hanks was left off of the ballot. At this point, Blount’s win was already decided. However, Hanks was added back onto the ballot and another round of voting was held, allowing two female winners.

“The mix-up was no one’s fault and it all worked out in the end. The turnout was still fine and everyone who was involved, including myself, are happy with the result,” Hanks said.

Check out all of the superlative results below: