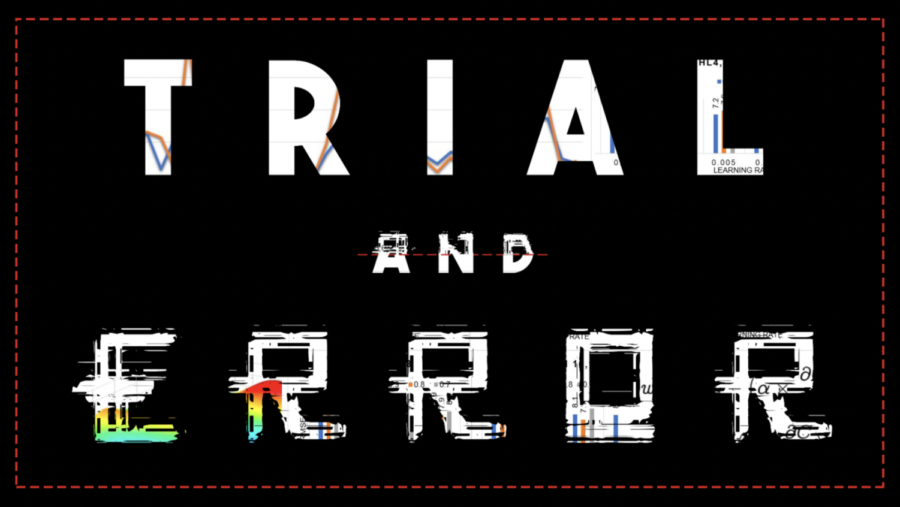 Piano junior Ashesh Amatya is a scientist –– though instead of patchworking a Frankenstein like creature –– he has dedicated his research to a local cause.

“My project was around the basis of artificial neural networks, a computing system that replicates the way human neurons work and mimics the way that humans process information,” Amatya said. “I coded this computing system that can predict concentrations of harmful algal blooms in Lake Okeechobee, using a couple of environmental variables that I would plug into my code.”

Prior to COVID-19, Amatya took interest in conducting research at a local lab, but because he was 15 at the time, he had to find other ways. Amatya attended a series of remote lectures from UPMC Hillman Academies, one of the programs introducing him to neural networks. In the meantime, Amatya’s mentor — a close friend of his dad’s who had experience at the South Florida Water Management District — informed him about a growing concern of his.

“My mentor told me about the harm that algal blooms had inflicted in Florida lakes,” Amatya said. “He showed me a publicly available database on the water quality of Lake Okeechobee and it looked like readily available data that I [could] use to plug in.”

This being Amatya’s first in-depth experiment, he took inspiration from others who have innovated within the science community.

“This is my first time doing this type of experiment. I was motivated by past people who worked on science projects. … One of my biggest inspirations would be Elon Musk [because of] what he did and the risk that he takes on the innovations that he’s made so far.”

Amatya selected nitrogen, phosphorus, and temperature to act as environmental variables in the experiment, accessing information on these through the South Florida Water Management District’s public domain database. This data was applicable to predicting chlorophyll as well as the measure of algal bloom frequency in Lake Okeechobee, which was supplemental in his research.

“Most of [the research] was done at home because of COVID-19 restrictions,” Amatya said. “I read books, watched a lot of videos, [and] looked through previous research papers about neural networks and environmental conditions affecting algal blooms. It was mainly self research and I worked independently on it with my mentor to develop the project.”

Two months were dedicated strictly to researching neural networks, then Amatya spent three to four months arranging data, coding and finding patterns or consistencies within his data through trial and error. During the research process, he transferred the data from the public domain database into a CSV file, openable in Excel, to plug into the code, which he wrote in the Python programming language.

“I took computer science as a freshman. I had some experience in Java at the time, but it seemed like most neural networks are coded in Python. I looked through some Python tutorials to learn a little bit before coding. … There was a lot of information on how to code neural networks based on Python; I used information from different websites and combined them together to make my code.”

An array of different languages comprise the field of coding, all of which work similarly to the languages we speak, Amatya said.

“There’s different languages in code, [such as] Python [and] Java,” Amatya said. “It’s almost comparable to English [and] Spanish. Most neural networks are based off [the] programming language Python. In the past, there were some in Java, but with new technology, it was much more easy to do it in Python. There are more resources that are available for Python than any other programming language.”

During the coding process, challenges arose, but Amatya reached out for guidance to get his experiment back in the direction he wanted.

“For the first month of coding, it didn’t work out. I didn’t get the result that I wanted. Sometimes the code would bug, it wouldn’t run,” Amatya said. “I reached out to a few people who are more experienced at coding than me [and] they helped. Doing trial and error helped me through getting the code to work. From the data collection, the data was slightly unorganized. There were some months that had more data than others and they skipped through months as well, so organizing that took a while.”

When retrieving data from the public database, Amatya had to narrow his selection to fit the purpose of his project.

“There are a lot of different variables in [Lake Okeechobee] — nitrogen, phosphorus, oxygen, total inflow,” Amatya said. “We had to narrow it down to only three because the purpose of the project was to make it easier and more accessible than other models.”

After the half-year process of working on and finding accurate data, Amatya made his final presentation that he sent to numerous competitions such as the Palm Beach Regional Science Fair.

“After having this much research and this much work done into the project, you would want to present it to other people,” Amatya said. “I want to show my findings, get comments on it [and] see what I can do to improve it in the future.”

At the regional science fair, Amatya won first place which progressed him to the SSEF. Amatya received third place at the SSEF, which was enough for him to progress to international events and evaluation.

“I didn’t expect to make it this far, especially from the point where I thought my project wouldn’t work out at all,” Amatya said. “I managed to get through it, and when the results came, my family and I were very happy.”