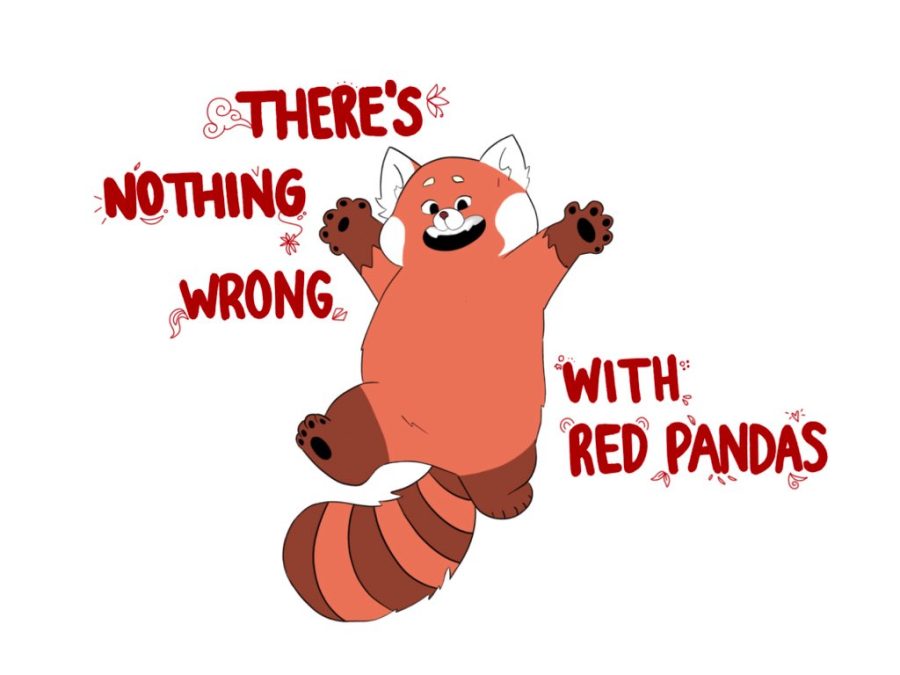 Scrolling through Rotten Tomato’s audience reviews of “Turning Red” was disheartening, seeing criticisms on its supposedly inappropriate nature that surrounded this film in a needless controversy. These everyday critics’ thoughts never matched my own during my first viewing. If anything, what made the film excel was its supposedly controversial story – though, what’s so bad about a euphemism for periods? I fell in love with the cringey 13-year-old whose story encapsulated an experience I, and many others, know too well.

Pixar’s twenty-fifth feature film “Turning Red” follows the awkward, emotional story of Meilin Lee (Rosalie Chiang) and her overprotective mother Ming (Sandra Oh) – who affectionately calls her prized daughter “Mei Mei” to add to her overbearing love for Mei. Just like many teens growing up, Mei’s mother-daughter relationship takes a shaky turn when she starts to enter the time we dread most: our teen years.

From mood swings and high emotions to fangirl freakouts and passionately drawn self-insert fanart, many teens can relate to the experiences Mei goes through. I found it perfect that Domee Shi, director and writer for “Turning Red,”  brought out every part of our younger selves that we may, or may not, like to admit.

Oh, and to add to Mei’s emotional turmoil, she also becomes a red panda.

Because of a family curse, Mei’s red panda emerges whenever she feels strong emotions. These emotions are unfiltered and honest, like for many hormonal teens, revealing the sense of identity Mei develops after years of her mother meticulously shaping her life. This leads Mei to sneak around, hide things, and even lie to her mother.

The film sums up teenhood by highlighting the struggle we often face with our parents as we start to discover ourselves and our own “red pandas.” Pairing this message with the film’s quirky, anime-inspired art style allows for the movie’s perfect amount of awkward to be charming. Of course, we’re going to cringe at Mei and her friend’s behaviors, from Priya’s (Maitreyi Ramakrishnan) gothic vibes to Abby’s (Hyein Park) wild hyperactivity. I remember what it was like to be that age, and it’s humbling to know that was only four years ago. The film is unapologetic about representing this embarrassing part of arguably all of our lives, making the film stand out from other family conflict Disney films.

“Turning Red” shares some striking similarities with Disney’s most recent animated film, “Encanto,” in which the story’s conflict revolved around generational trauma. In the case of Mei, one strained mother-daughter conflict spreads to another, and Ming finds herself emulating the same controlling and overprotective mother she once clashed against. However, this complex emotional dynamic about families is better portrayed in “Turning Red” than “Encanto,” since the writing never dilutes or takes away from the message, despite its relentless dorky and quirky moments. Although I adore “Encanto,” I can’t help but favor “Turning Red” and its writing – even if those Rotten Tomato reviews disagree.

The direction is clear, and Shi knew where she was taking this story. This all culminates into a neatly written story with an ending that makes you feel satisfied and a new path Mei and her mother take in their relationship. Unlike other films, the family conflict is more reasonably resolved, and not at the expense of needing a happily ever after. The story never seems to fall flat, and the pacing seems right at nearly every part, portraying a message fully.

My disappointment doesn’t end with the senseless reviews with perspectives far removed from the target demographic and short-sightedness about the vital conversations about growing up. It’s like these reviewers never remembered the awkwardness of childhood. And adding onto my frustration, an accurate, almost uncomfortably familiar, teen girl’s story never reached the big screen. “Turning Red” was set to stream on Disney+ on March 11 with a flurry of rumors surrounding Disney’s third instance of sending a Pixar film straight to streaming.

”Turning Red” hones in on the common experiences of growing up with an Asian family, the struggle to reach parental expectations, and feeling a need to suppress our emotions to maintain expectations of perfection. It all touches on what Asian-diaspora children face and the kind of strain we feel between our identity and cultural ancestry, often surrounded in making families proud and honoring elders.

This film stands out with a dorky, borderline cringey aesthetic in its writing, characters, art style, and humor. Many might interpret this uncomfortable cringe as a negative part of this film, but I can’t help but find it as part of the film’s identity. It’s the perfect amount of uncomfortable honesty and nostalgic charm, truly capturing what it means to grow up and have our own “red pandas.”