It’s Not Perfect, But That’s the Point 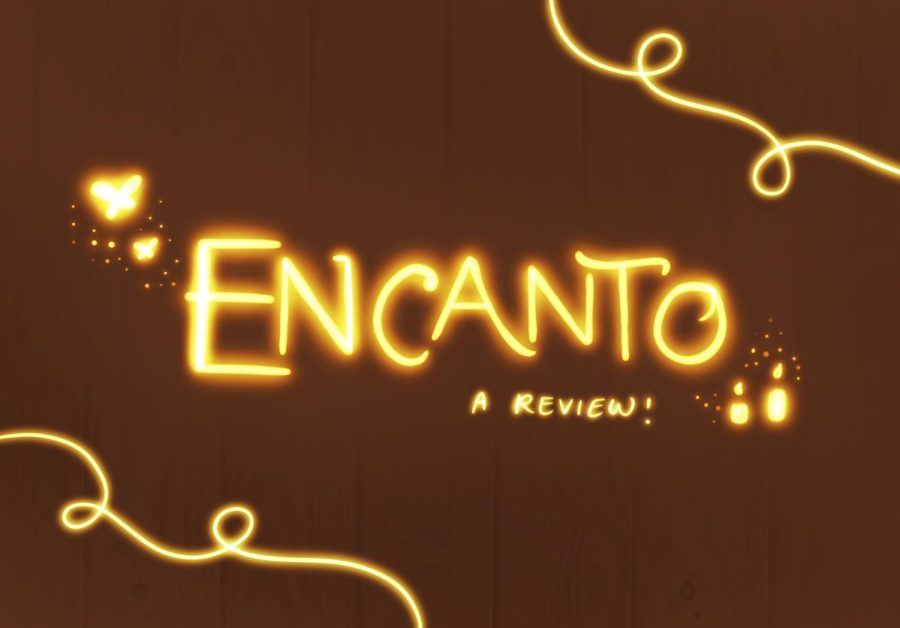 “Encanto” – Disney’s enchanting and charming sixtieth animated film that portrays the beauty of Colombian culture through a blend of vibrant animation and songs.

Directors Byron Howard and Jared Bush place family at the film’s foreground by exploring family stereotypes and expectations, while also interweaving catchy music. I could not help but leave the theater humming “We Don’t Talk About Bruno” and seeing myself in the Madrigal’s personal stories.

Through the film, we see “Encanto” unfold through Mirabel Madrigal (Stephanie Beatriz), a girl born into a family with magical abilities gifted by their miracle: a candle with an endless flame. The miracle gave each family member their gift, some of which are strength, shapeshifting, and talking to animals. The miracle also protects the community they live in, causing the townspeople to adore the family. Mirabel was the only family member who didn’t receive a magical gift, isolating her from her own family and their highly-revered reputation.

Despite her lack of magical powers, Mirabel cared for her family, and thus, lept into action when she noticed their Casita, a magical home gifted by the miracle, cracked. Hoping to make her family proud, Mirabel sought to find what was causing their miracle to weaken, learning there were also cracks in her seemingly perfect family.

The movie is filled with a refreshing effort towards accurately representing Colombia and its culture through the colorful flora, the embroidery on clothing, and the traditional architecture of the town. The characters’ movements were planned and filmed by a choreography team devoted to accurately portraying Colombian styles of dance within the songs, with assistant choreographer and animation consultant Kai Martinez helping to make sure choreographer Jamal Sims’ references were accurately translated into the final animation. The film moved away from the stereotypical media portrayal of Colombians and other Latin cultures, and instead, touched on the deep-rooted struggles Colombians have endured as a result of their country’s violent history. It does not entirely focus on this to accommodate its young target audience.

The diversity of Colombian culture is not hidden in the movie, acting as a breakaway from inaccurate and careless representations of non-European cultures, such as Disney’s previous animated film “Raya and the Last Dragon”. The characters have varying skin tones and body types, and each of the Madrigals carried well-designed personalities without harmful stereotypes tainting them.

Encanto also intertwines an authentic representation of culture with a story and themes that every family can relate to, such as generational trauma, golden child expectations, and family isolation. The film did not feel like another cheap way to claim representation, and it was surprising to see a Disney film that goes into highly emotional and complex subjects. But this unexpected move is welcomed.

The original songs written by Lin-Manuel Miranda and composed by Germaine Franco add to the film’s experience, blending Colombian culture and magical realism. The music uses the traditional instruments and rhythmic styles from Colombia, further immersing the audience in the culture.

The visual elements, including the menacing, glowing green in Camilo’s (Rhenzy Feliz) part of “We Don’t Talk About Bruno” and the colorful rainbow of tropical plants in “What Else Can I Do” make the movie enjoyable to watch. Magical glows run rampant in the film, reflecting the bright burning of the candle that powers the family, adding to the breathtaking beauty of the film’s animation and visual storytelling. The music and visuals, mixed in with a “fantastical and magical” plot, makes it perfect for portraying such deep, emotional messages for both younger and older audiences who can collectively enjoy the toe-tapping songs.

However, it is the writing itself and execution of these themes that makes the movie fall flat. Frankly, leaving the theater, I wanted more. After the emotional build up in earlier scenes, the ending was not as well-paced as I would have expected, knocking down my rating to four out of five. The audience spends much of the movie learning about the internal cracks of the family, the characters’ struggles through songs and emotional interactions, but once we finally climb to the climax, the resolution feels rushed compared to the earlier half of the film. More time should’ve been allotted to developing the theme of forgiveness, and some character’s arcs could’ve been better closed off instead of shrugged off.

Despite this, “Encanto” excels in creating a visually stunning piece that leaves you humming the songs on the car ride home and remembering the vibrance of Colombian culture. I would rate it highly compared to other modern Disney films, like “Raya and the Last Dragon” and “Luca”. The characters are generally realistic and designed with an attention to detail that created a more accurate cultural representation. The beauty in the designs and animation, combined with light humor, makes a memorable film that effectively explores a topic as complex as family.

The movie’s Golden Globes awards for Best Animated Feature Film are well deserved alongside the soundtrack’s number one place on the Billboard 200. “Encanto” is worth watching with the family, either at the theater or at home, since it is available on Disney+.