The freakiest thing about “Freaky” is its lackluster teen humor 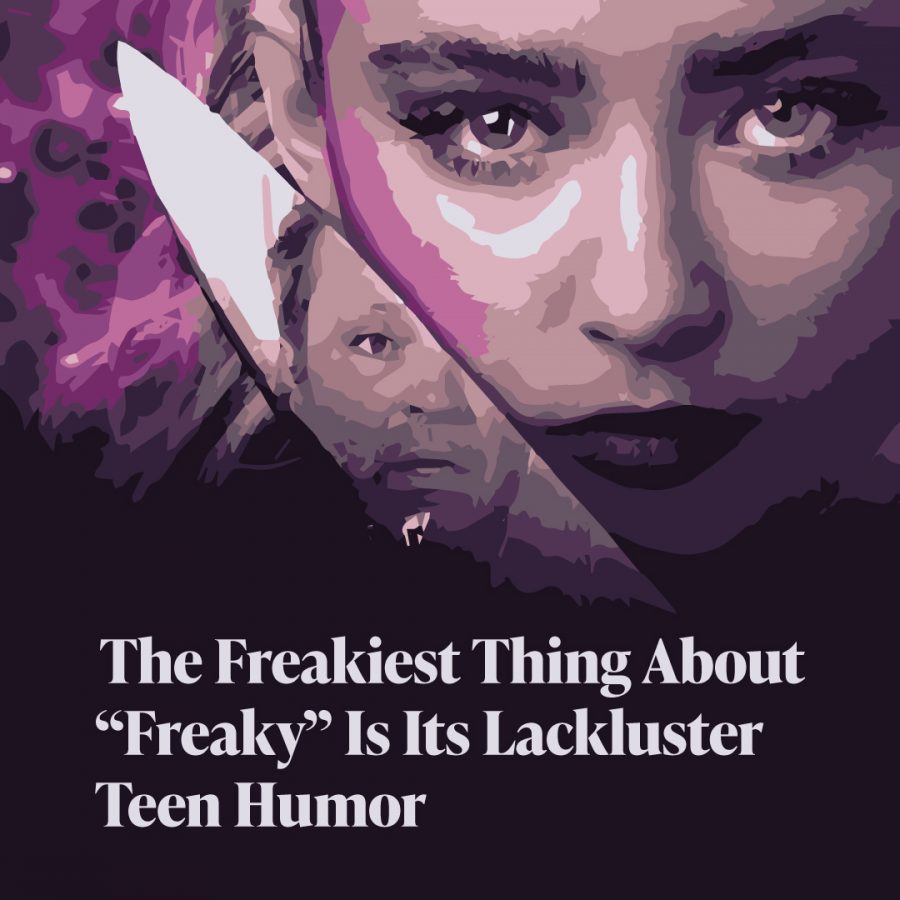 It was about time that Hollywood took this classic family-friendly plot with the Kindergarten morals of “putting yourself in someone else’s shoes” and turned it into a campy teen slasher starring the guy from “Wedding Crashers.”

The concept had potential. There is a lot of room for fun in a slasher comedy about a teenage girl trapped in the 6-foot-5-inch body of an infamous serial killer. Especially present were opportunities for irony and perfect moments for allusions to horror classics. However, the execution failed to deliver, lacking the necessary levels of cognizance and sophistication. 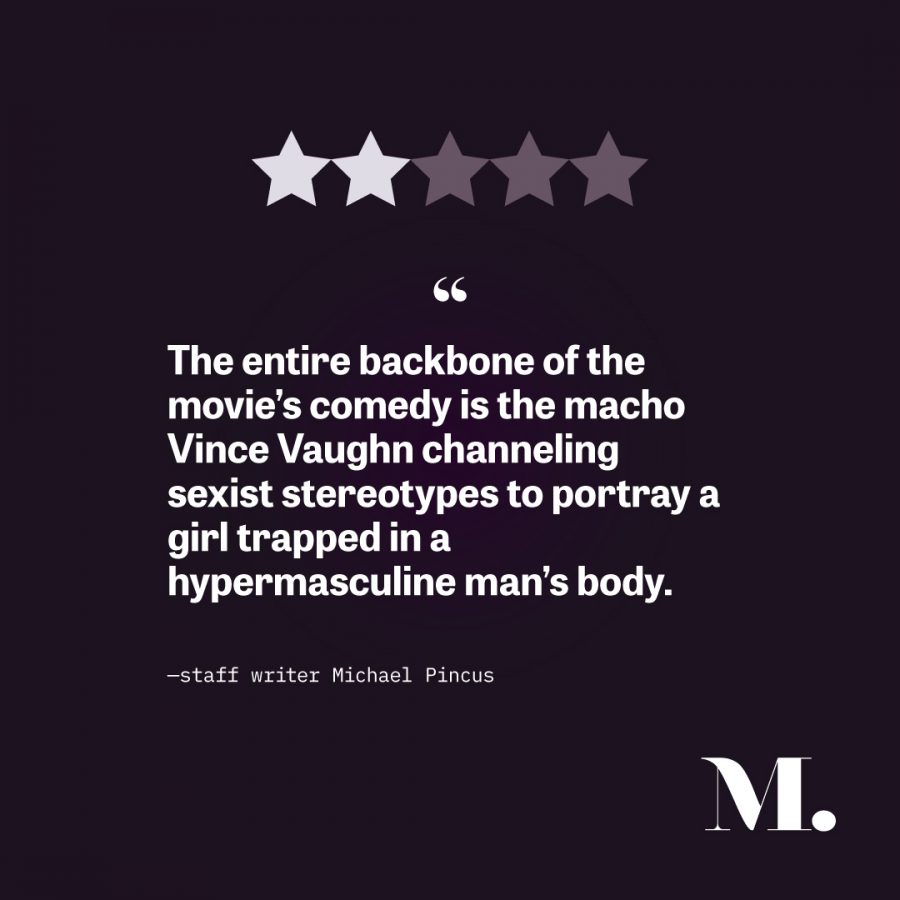 “Freaky” pretends to be self-aware, like when Josh (Misha Osherovich) frantically exclaims, “You’re black. I’m gay. We are so dead.” Yet, the film perpetuates the same hollow stereotypes it tries to critique. Josh is a shallow, self-absorbed, flamboyant gay teenager sporting a denim jacket and strutting with sassy hips. Nyla (Celeste O’Connor) is the token Black sidekick with few memorable lines and serves almost entirely to support a lead white actress.

Even more insulting are the writers’ attempts to capture modern teenage humor. During the initial exposition to Josh, a character meant to be likable, actor Misha Osherovich painfully recites a tone-deaf rape joke that is so off-brand for an LGBTQ+ Gen Z teen. Meanwhile, the entire backbone of the movie’s comedy is the macho Vince Vaughn channeling sexist stereotypes to portray a girl trapped in a hypermasculine man’s body.

There are some things that “Freaky” gets right. Its ambitious and innovative gore involving broken bottles, chainsaws, and an ancient Aztec ritual knife is refreshing for audiences thirsting for bloodshed. This, paired with several homages to classic horror movie tropes (basically, if you have sex, do drugs, or bully someone, you die), infuses the viewing experience with nostalgia.

That being said, those seeking the thrills of teen slasher comedy without the tasteless humor and exhausted plot concept of “Freaky” should instead visit genre predecessors like “Scream” (1996) or “The Babysitter” (2017). Simply put, this latest Blumhouse addition is not worth seeing in theaters when a plethora of stronger options exist on streaming platforms from the comfort of your home.