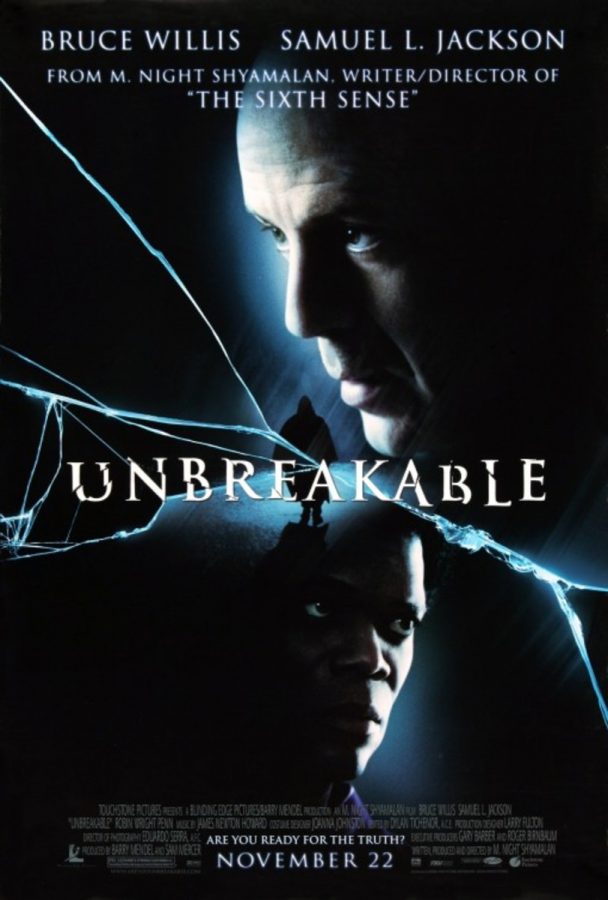 High-quality superhero movies are found in abundance in today’s world, with movies like “Captain America: Civil War” and “The Dark Knight” receiving acclaim from critics. But believe it or not, there was a time before Batman, Captain America, and Spider-Man movies were treated as formidable works of film. Right at the cusp of the explosion of their popularity was “Unbreakable,” a subtle but brilliant superhero movie that hit theaters in 2000. Upon its initial release, the movie received mixed reviews, earning the approval of just 68 percent of critics, according to Rotten Tomatoes. If the movie had been released today, it would be hailed as a masterful standout among a barrage of superhero movies that tell the same story over and over again. “Unbreakable” is a film ahead of its time; it transcends the superhero origin story and delivers a thrilling drama that makes one rethink what a superhero film could be.

Director M. Night Shyamalan, coming off the great success of his last film, “The Sixth Sense,” had the near impossible task of creating an even bigger hit with an even better twist ending. By far his best written film, the movie stars Bruce Willis as David Dunn, a man who has miraculously walked away, completely unharmed, as the sole survivor of a deadly train crash. He is later approached by a man named Elijah Price, played by Samuel L. Jackson. Price has the idea that Dunn may be a real life superhero. Rather than a stereotypical superhero film full of action and battles between the forces of good and evil, “Unbreakable” plays out slowly like a drama and fleshes out the main character very well. Dunn is a man we learn so much about all through a simple single camera shot toward the beginning. With the train hurtling down the track towards its inevitable doom, Dunn attempts to flirt with a woman sitting next to him. He pulls off his wedding ring, talks about his fear for water, and reveals he used to play football. All these aspects play major roles in the movie, and we are told about them within the first 10 minutes.

Once he finds out he has survived the crash, Dunn begins to really ponder whether he has some superhuman abilities. He has never been sick or injured before, and as the film plays out, the audience feels exactly the same as Dunn. We want to believe that there’s no way he’s a superhero, but the movie won’t stop giving us reason to believe the contrary.

Price is just as intriguing, if not more intriguing, than Dunn. A man born with a condition in which any bone in his body can break with the slightest force, we learn about his life and interest in comic books through flashbacks to his youth. His obsession with comics have led him on a search to find someone like that in real life, someone on the other side of the spectrum that is the opposite of him.

The excellent writing and acting propels the story along and allows the film to retain your attention from start to finish. The musical score is unforgettable, perfectly matching what is happening on the screen. Although Shyamalan is known for his twist endings, it’s hard to predict the surprise at the end of the movie. It makes you want to rewatch the movie from a different perspective, paying attention to things that end up fitting into the bigger picture.

According to Spike, in 2009, director Quentin Tarantino said “Unbreakable” basically posed the question “What if Superman was on Earth and didn’t know he was Superman?” This perfectly describes the film and encompasses how brilliant it is. “Unbreakable” remains as one of the most well written comic book films ever; a superhero origin story that never quite feels like one.