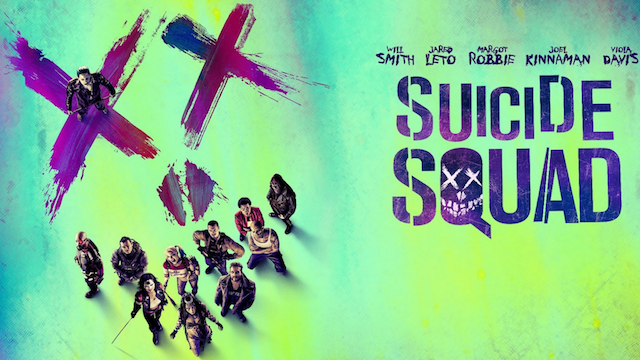 Suicide Squad opened in theaters Aug. 12, receiving a mix of reviews from critics and fans. The film went on to gross 672.9 million at the global box office.

When the government decides to assemble a group of notorious villains and release them into a city to fight an even bigger force of evil that threatens all of humanity, what could possibly go wrong? In the latest entry of the DC Extended Universe, Suicide Squad, it’s a fight between bad and evil, blurring the line between what one considers is good or bad. After an accomplished marketing campaign that included one amazing trailer after another, a soundtrack and teaser set photos and posters, a lot was riding on the shoulders of this movie to be the big hit DC needed following a disappointing Batman V Superman: Dawn of Justice. Coming out of the theaters after seeing the movies, audiences will most likely feel robbed of what could have been one of the greatest superhero films of all time. Was it as bad as critics are making it out to be? Not at all. Does it meet all the expectations thrown at it? It couldn’t have. Was it a disappointment? Definitely.

Suicide Squad follows the story of intelligence operative Amanda Waller, played by Viola Davis, and her assembly of Task Force X, a group of criminals with superhuman abilities meant to fill the gap left after the death of Superman. Members of the team include the Joker’s psychopathic girlfriend Harley Quinn (Margot Robbie,) the deadly assassin Deadshot (Will Smith) caught between his job and his daughter, the fire wielding El Diablo (Jay Hernandez,) the thief Captain Boomerang (Jai Courtney,) and the deadly Killer Croc (Waylon Jones.) To include Slipknot would really just be a waste of time, as his predictable death comes about five minutes into the squad’s mission to rescue Waller from Midway City, which is under siege by the Enchantress (Cara Delevigne.) In the meantime, the Joker (Jared Leto) is on the hunt to get his maniacal girlfriend back from the control of the government. This star-studded cast immediately generated controversy from the moment they were announced, especially the choices of Leto as the Joker and Smith as Deadshot. Disappointingly, Leto’s performance as the Joker fell far short of what was expected. His role was relegated to a series of short scenes that contained either one line for him to say or extreme overacting. Time and time again, Leto tried too hard in his role, Making each and every scene overdramatic with odd facial expressions and a series of growl noises. His introduction to the audience should have been much more important and highlighted, rivaling Heath Ledger’s Joker introduction in The Dark Knight. Smith, on the other hand, took control of his role and made Deadshot a well rounded character. Robbie was by far the best aspect of the entire movie, encompassing the character of Harley Quinn by bringing everything she could to the role. Her chemistry with Smith made Deadshot and Harley Quinn the two best members of the squad, and they outshined the other characters. Davis brilliantly made Waller the scariest part of the film, as she acted as the puppet master manipulating everything behind the scenes. The rest of the characters were forgettable, with some like Katana and Boomerang desperately needing more character development.

When calling the movie disappointing, it should by no means imply that all aspects of the film were bad. Every actor and actress worked with what they were given, and in some cases, pulled off their characters very well. The soundtrack was also unique and displayed a good try at something different. But there are multiple issues plaguing the film from start to finish. Many of the comedic scenes fell flat, and the action was severely lacking. There were no major set pieces that separated the action from one scene to another, with some shooting battles in between the group’s long walk to their destination in the city. The Joker’s whole side plot felt very out of place, and was not interesting enough for audiences to be invested in his story. The villains were severely underdeveloped, with Enchantress’ motivations completely lacking and a fairly nonexistent emotional bond with the audience. Many music cues are edited together very poorly, with the song changing every two or three minutes, or somber instrumental music following a fast-paced rap song from Kanye West. The worst decision by far was to include Eminem’s “Guess Who’s Back” during the scene where the squad suits up, creating an almost cringe-worthy three minutes for the audience to sit through. Some of the dialogue throughout was very cheesy or flat out bland, creating a lot of moments that left much to be desired.

It is evident that there is a good movie under the surface of what we actually received. It is beyond time for a major change in authority over the DCEU, eliminating anything and everything with the name Zack Snyder. Suicide Squad should have, and could have, been a great movie that provided the push the DCEU needed to finally compete with Marvel. DC is now 0-3 when it comes to its film outings, adding up to a bad pattern that is making them look worse and worse. Will this cycle finally be reversed with the release of Wonder Woman next year? There’s no telling, but if Suicide Squad is any indication, DC needs to get its act together, and fast.