This Week on ‘Game of Thrones’: ‘No One’ 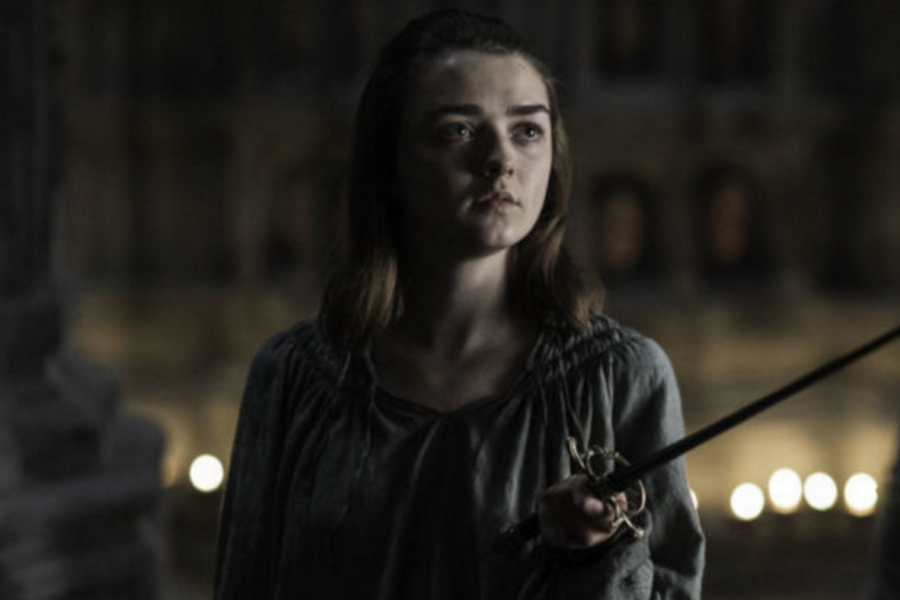 Arya Stark’s storyline in Braavos, which audiences have been following since season 5, came to an end in this week’s episode.

The title refers to Arya and her training with the Faceless Man, hinting that her story would reach its climax this week. While the dynamic between Arya and the Waif was well made, the climatic chase scene in the streets of Braavos wasn’t very exciting and the outcome wasn’t surprising. We all knew Arya would survive and eventually kill the Waif by the end of the scene. I understand the value of her story coming full circle by having her fight in the dark, but the fight that’s been built up between her and the Waif happened off screen. At least she’s finally coming back to Westeros, meaning she can finally become a key player in the plot.

In King’s Landing, audiences finally saw The Mountain in action, ripping the head off one of the men in the Faith Militant. But even this was disappointing, and even though it may have been a gruesome scene, it would have been nice to see him kill more people. Cersei’s plans for her trial, as well as the hype around the fan theory known as Cleganebowl, came crashing down in this episode when King Tommen announced that trial by combat would be outlawed. Cleganebowl was the theory that since The Mountain would be fighting for Cersei, the Faith would recruit his brother, The Hound. This would make for an epic fight between the Clegane brothers, but unfortunately, this theory was put to rest with the King’s actions. After five seasons being in control, Cersei is now in a corner with few options left. But she may have other plans. Before the scene cuts away, she asks Qyburn if there is more to the rumor she heard. He replies that there is “much more” to it. This has lead fans to the theory that has been talked about, featuring Wildfire that’s hidden under the city. Wildfire is the flammable substance the Mad King tried to use to blow up King’s Landing; he was killed before his order could be given, but now Cersei may be taking his place in doing whatever she can to save herself.

In Riverrun, the siege came to an end due to Jaime’s smart actions to prevent any fighting. This lead to another disappointing plot moment when the famous Blackfish was killed offscreen. Someone with such a reputation should have received a better death than what he got.

Daenerys made her return to Meereen after being gone so long to find it almost in ruin. The fighting between the masters and her army should be entertaining in the season finale, and hopefully she finally departs the city to sail across the sea. Tyrion, on the other hand, did nothing except get Grey Worm and Missandei to drink and tell jokes. The writers have degraded such an important character into one who does nothing, which has been very disappointing this season. Let’s hope things turn around come next year’s season.

The last two episodes of the season are poised to be huge, with a giant battle between Jon and Ramsay happening next week and the finale said to be a record 69 minutes long. Here’s to hoping audiences are compensated next week with the death of such a torturous person as Ramsay.