This Week on ‘Game of Thrones’: ‘The Broken Man’ 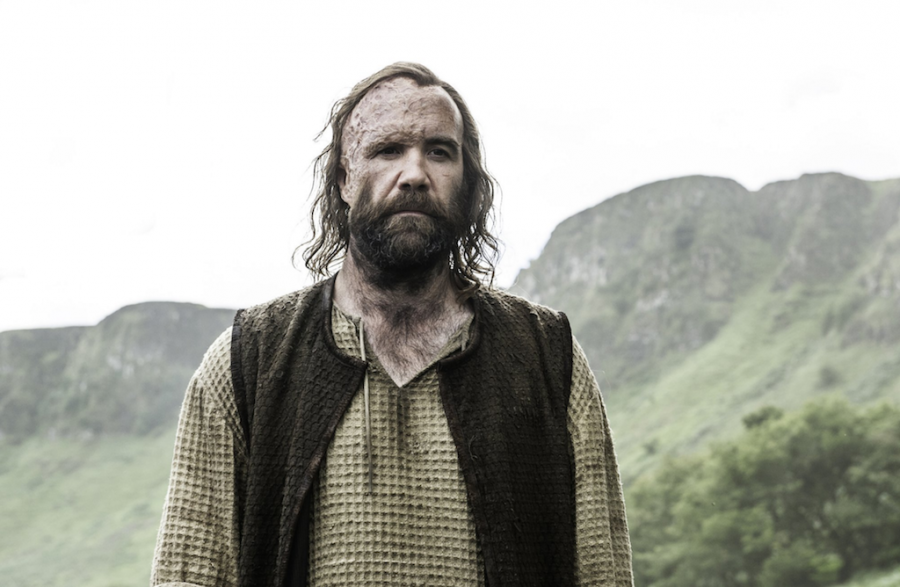 Sandor Clegane, also known as “The Hound,” made his return in this week’s episode of "Game of Thrones" after being presumed dead at the end of season four.

It seems that this season of “Game of Thrones” is the season of bringing back old faces. Earlier this season, audiences were treated to the return of Balon and Yara Greyjoy, characters who have been absent since seasons three and four, respectively. Bran and Benjen Stark also made their comebacks in previous episodes, and last week the infamous Walder Frey, one of the masterminds behind the Red Wedding, returned as well. This week’s episode, titled “The Broken Man,” saw perhaps the most triumphant return so far as Sandor Clegane, also known as “The Hound,” was back after being left for dead at the end of season four.

The Hound, it turns out, was found close to death and taken in by a small group of peaceful villagers, where he has been ever since. Seeing his face revealed in one of the only cold opens of the show started the episode on a high note and signaled the beginning of a new storyline for the beloved character.

However, he  wasn’t the only returning face we saw this week, as the Blackfish, who escaped the Red Wedding alive, has taken up residence in the castle at Riverrun after stealing it back from the Freys. With their house in disarray, the Freys received some much needed help as Jaime showed up with 8,000 men ready to siege the castle back for them. But the Blackfish doesn’t seem ready to give it up at all, and challenges Jaime by revealing that they have provisions to last two years if they were to try and starve them out. “Do you have two years, Kingslayer?” he taunts Jaime, who is desperately trying to figure out a way to gain the castle back without attacking.

After questioning where Queen Margaery’s loyalties were after she apparently converted to the faith of the seven last week, the audience’s questions were answered when she slipped her grandmother Olenna a small note containing a picture of a rose, the sigil of House Tyrell. This showed she remains loyal to her family and is just putting on an act to trick the High Sparrow. Before she left the city, Olenna used her time to unleash her fury at Cersei, saying that it was her stupidity that led them to their current situation. She went as far as telling her to her face that she might just be “the worst person she’s ever met.” Though it was nice to see Cersei get was coming to her, it seems Olenna should play it safe next time, as it almost felt like Cersei was about to order The Mountain to kill her right then and there.

Sansa and Jon spent this episode on a rallying tour of the North to try and gain support of as many houses possible for the coming battle. With either little or no support at all from each house, it seems that Sansa has written to Littlefinger in a desperate attempt to secure the army he initially offered her before she turned him away. This was a good character building moment for her, showing that she can play the game well by using pragmatism over vengeance in this situation.

Arya foolishly let her guard down this week when the Waif, in disguise as an elderly woman, came up to her and stabbed her multiple times. We all know Arya’s not destined for death any time soon in the show, but it will be interesting to see how she gets out of her current predicament. No matter what, her storyline has really picked up since she decided to ditch becoming a faceless assassin, and anything that comes next should be much more entertaining than that ever was.

This episode really stepped things up from last week by focusing on better storylines and forwarding the overall plot towards the season’s last leg. The final three episodes in the season are usually the ones where things get crazy, and this episode got audiences ready for the final three to come. Cersei’s trial by combat, the “Battle of the Bastards,” and the White Walkers are all coming. These and other major events should make for a climactic dose of episodes in the coming weeks.