This Week on ‘Game of thrones:’ ‘Book of the Stranger’ 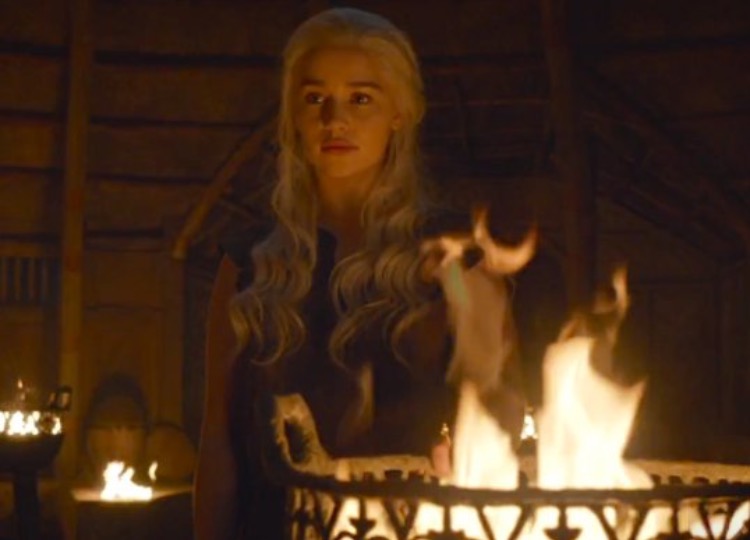 The nostalgia was palpable in the most recent episode of “Game of Thrones,” titled “Book of the Stranger.” Scene after scene made audiences feel like they were back in season 1, delivering one of the best episodes of the season so far. With plot progression all over the map, the anticipation for what will come next hasn’t been higher all season.

Audiences finally got the Stark reunion they’ve been hoping for since season 2. Sansa was reunited with Jon Snow when she arrived at Winterfell after being separated for so long. It was both an uplifting and emotional moment for the Starks who have experienced nothing but pain since season 1; from the death of Ned Stark, to the slaughter of Robb, Catlyn, and Talisa at the Red Wedding. It truly felt like we were back in the early episodes of the first season when everyone was still together. Sansa subsequently tries to persuade Snow to ride an army against Ramsay and take back Winterfell, their original home. He is reluctant until a letter sent from Bolton arrives; stating that he will slaughter everyone at the Wall if he does not return Sansa to him. This was the catalyst Snow needed to finally fight for the North, and is setting the stage for the Starks to finally have some power and make some major moves within the game. With the return of Littlefinger, they may finally be getting some help from others in the North as well. Petyr Baelish returned after a hiatus from season 6 to convince Sansa’s cousin and Lord of the Vale, Robin Arryn, to use his army and help Sansa in her fight to take back Winterfell. As audiences never know what Baelish’s true intentions really are, it’s hard to tell whether Sansa and Snow should trust him.With the stakes so high and a looming battle coming closer and closer, they may have no choice.

In King’s Landing, Cersei has continued her maneuvering against the High Sparrow who has taken control of the whole situation. With the news from Tommen that the Sparrow is planning on having Margery do her walk of atonement, the Lannisters and the Tyrells seem to be putting their rivalry aside to form a shaky alliance against him; but they may be falling into a trap faster than they think. Why would the High Sparrow tell important information to Tommen, an inexperienced teenager who consistently confides in his mother, if he didn’t expect him to reveal that information to Cersei and others? He may have other plans in mind that could be damaging to the Crown’s fight against his movement.

Across the sea, Tyrion is managing to keep a city from completely falling apart. He makes a deal with the masters to let them phase out slavery over the course of seven years rather than overnight. Whether Daenerys will agree with his decision is up for debate, but it was another callback to previous seasons to see Tyrion in a position of power to make important decisions, something we haven’t seen since he was Hand of the King in season 2.

The moment that stole the spotlight this episode was with the Mother of Dragons over in Vaes Dothrak, the land where the widows of dead Khals go to live. As Daenerys went to be judged by the leaders of the Khalasar on whether she is to stay or go, audiences knew she had a plan to get out of her situation. After claiming she will be a better leader of the Dothraki than the men, she knocks over the fire pits in the hut causing the whole thing to go up in flames and burn all the men inside. With her Targaryen blood, Daenerys is immune to burning in fire, and in a scene reminiscent of the final moments of season 1, she steps out of the flaming hut unburnt, to the shock of the Dothraki. Seeing her power, they all kneel before her. This is her most powerful moment since her acquisition of the Unsullied Army in season 3. Rather than three newborn dragons coming from the burning pit with her, she now has the Dothraki under her control, which could give her a large enough army to sail to Westeros very soon. She has risen from her slump, and the rightful Queen of Westeros may finally be taking her vengeful action sooner than later.