This Week on ‘The Walking Dead:’ ‘Last Day on Earth’ 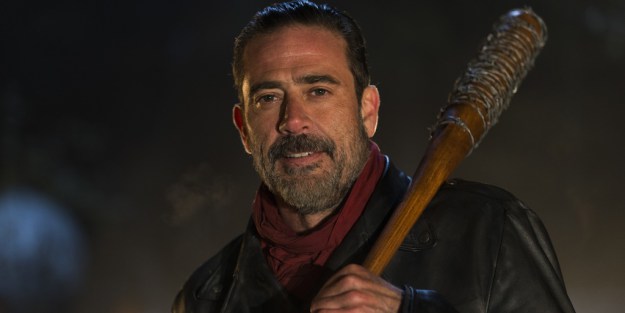 Fans were left wondering who Negan bashed with his bat in the final moments of the season six finale.

“Do you want this to be your last day on Earth?” Rick hollered at one of the Saviors, a group of cold blooded killers, in the season six finale of “The Walking Dead.” Die hard fans of the show have been anticipating a major character death all season. With the most recent episode airing Sunday April 3, titled “Last Day on Earth,” these fans were ready to see a character go. The finale ushered in the long-awaited arrival of the new villain Negan, whose first appearance in the “The Walking Dead” comics, which the television show follows, is marked by him killing someone. So did fans get what they were hoping for? Not exactly. The season ended with a frustrating cliffhanger, leaving the identity of the character killed unknown.

“The Walking Dead” is known for its cliffhangers that always happen at the worst times. In the season four finale, Rick and the group of survivors are locked in a train cart with the season ending on Rick’s line: “They’re screwing with the wrong people.” The audience was also left hanging earlier this season with Glenn’s apparent death. To see yet another cliffhanger at such a pivotal moment may anger some fans, but in all honesty, it is not that bad. The whole season was building towards the arrival of Negan, not towards the death of one of the main characters. Only comic book readers would have known that his debut signaled the death of somebody. The average viewer would not know what to expect. The cliffhanger keeps conversation of the show going over summer and gets people excited for season seven.

Overall, the episode was tense. Seeing the main group finally meet an enemy they can not easily dispose of is terrifying to watch. As they were continuously blocked on the road by the Saviors, one could only feel fear for the group. Although the constant reversing from roadblocks felt a bit repetitive, it was needed to establish the strength of the Saviors. The subplot involving Morgan and Carol was interesting because it introduced viewers to a whole new group of survivors. Negan’s entrance speech was absolutely brilliant when he taunted the members of the group with his twisted humor establishing him as someone to be feared. The big question to take away from this episode is, whose head did he bash in with his baseball bat, which he names Lucille?

It is going to be a long wait until season seven when it premieres this October, but the season six finale was a suspenseful and thrilling episode that gets viewers anxious for what’s to come next. Be ready–Negan is finally here and his wrath will surely be felt.