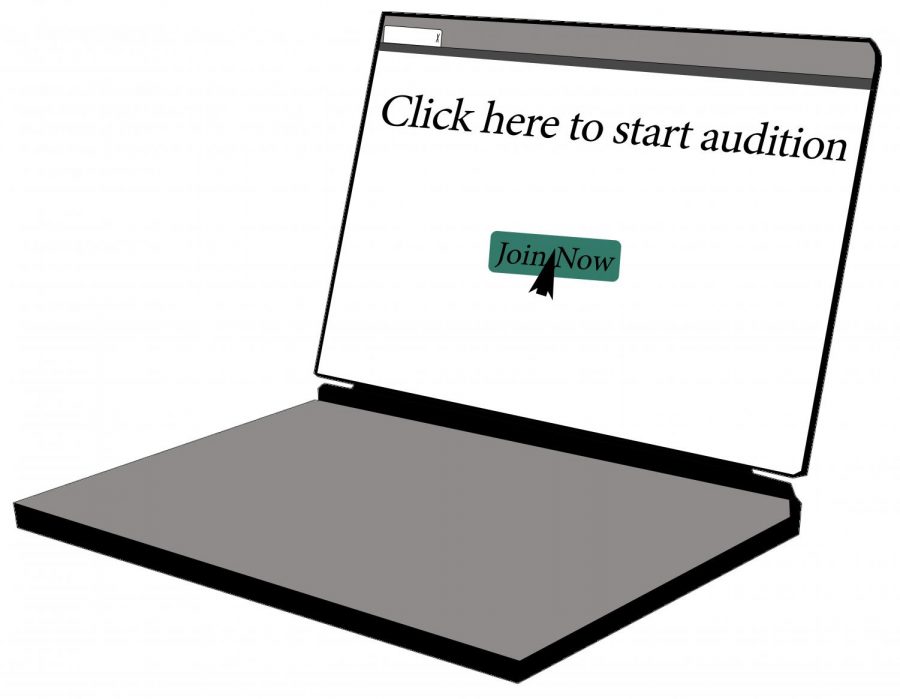 Testing procedures this year have been erratic. Students have been required to attend in-person testing and are currently split between virtual and in-person schooling. Similarly, department deans have shifted the annual audition process to fit this year’s virtual norm.

The School District of Palm Beach County has required that all auditions for choice programs be conducted virtually this year. Auditions are taking place through Google Classroom and Google Meet. This new environment, and a myriad of other changes to the audition process, have challenged both auditionees and administrators.

“I think [this new audition process] makes it harder on us as the adjudicators,” band audition coordinator Evan Rogovin said. “By having that person in the room, you can see their body language, and get a feel for their personality better, but we won’t get that same experience.”

Auditions in departments that traditionally rely on face-to-face interaction, such as music, communications, and dance, have undergone more pronounced changes than those in other departments. Modified procedures have made the audition process laborious for applicants and adjudicators.

“I do think it’s harder for us as well as [applicants] because it’s virtual,” Dance Dean Heather Lescaille said. “A lot of these kids are having to audition from their homes, which makes it incredibly difficult for them to execute the steps the way that they need to.”

Other departments have had an easier time adapting to new procedures and platforms. In aiming to seamlessly transfer existing procedures into a virtual environment, theatre and visual audition coordinators have faced fewer challenges.

Virtual auditions have also presented an opportunity for applicants to come more prepared than applicants in past years. Rogovin hopes that “there may be a little more comfort doing [the audition] from behind the screen.” Other adjudicators echo this view.

“I know that almost everyone that I’ve ever talked to is so nervous at their audition, and it can definitely be beneficial not to have to worry about all the nerves and the anxiety,” Visual Dean Lacey Van Reeth said.

However, this comfort could create room for students to abuse the structure of this year’s virtual auditions. Administrators acknowledge that students could easily receive outside help and influence while auditioning.

“There’s not really anything else we can do other than just have the honor system,” Van Reeth said.

Currently, unable to control the environments in which students audition, adjudicators lack the ability to ensure integrity. Administrators from various departments, including band, visual, and vocal, all share similar sentiments with regard to how to respond.

“I think that there will probably be a lot of parents who will be sitting in at the audition, staring at their kid and causing more pressure,” Dean of the Vocal department Kent Taylor said.

After dozens of late nights, virtual meetings, and untimely glitches, adjudicators and applicants alike will look behind upon an unprecedented audition season — first of its kind to rely entirely on virtual proceedings.

“It’s pretty standard right now to have everything online,” Petrucci said. “We just have to roll with it and do the best we can.”

To learn more about this year’s auditions, visit the audition guidelines page.

We wish the best of luck to the incoming class of 2025!