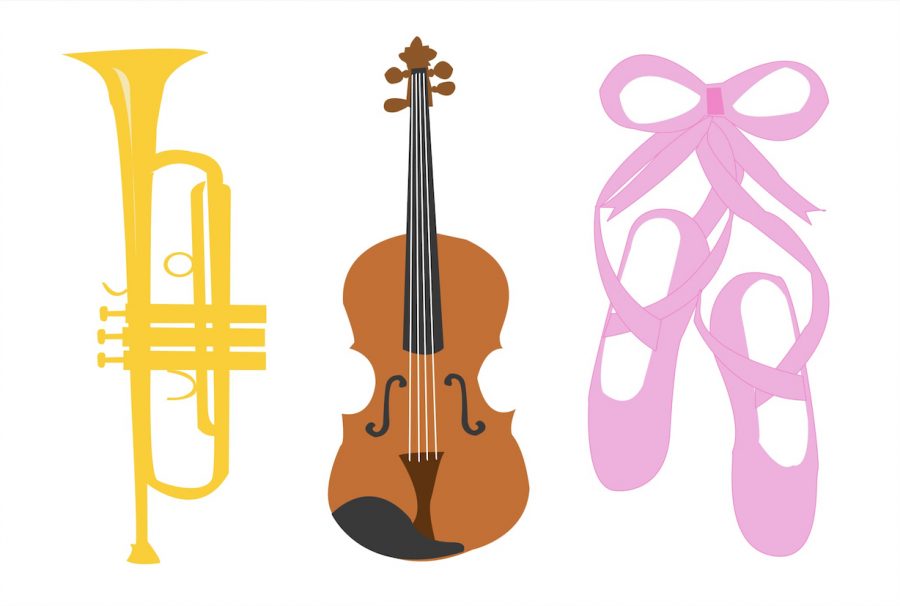 As the season of concerts, recitals, and visual shows dawn upon the multiple stages throughout campus, many students are diligently working in preparation for the several performances scheduled throughout the upcoming months.

The dance department has begun to choreograph their first recital of the school year. Featuring new dancers in the department, the Aspiring Artists Dance Showcase will be held on Oct. 20 at the Brandt Black Box Theatre. Later performances will include the Fall Dance Concert held on Nov. 10-12 at Meyer Hall. Known for its fall-themed backdrops, intricate costumes, and autumn songs, the Fall Dance Concert is one of the many seasonal recitals held throughout the school year.

The vocal department will be showcasing a Chorus Concert on Oct. 3 at Meyer Hall. The concert will feature lively songs, as they welcome back friends and family to their first concert of the school year.

The piano department is scheduled to showcase their first Impromptu Concert on Oct. 12 through 14 at the Brandt Black Box Theater. Being one of the smaller theaters on campus, the intimate atmosphere provides the audience with a close relationship to the harmonious music and the musicians.

In preparation for the Jazz Combos Concert on Oct. 24 at the Brandt Black Box Theater, musicians are practicing during lunch rehearsals, in-class, and after school. The Jazz Combos concert will feature brass and percussion instruments, as they light up the stage with exuberant, musical notes.

The Speech and Debate Team will be hosting their annual fundraiser, SpeakEasy, On Oct. 14 in Building 1. This event will feature a wide range of speech and debate events from Extemporaneous Speaking to Original Oratory. Because observers are generally prohibited from watching students perform at tournaments, the fundraiser offers the chance for friends and family to watch students perform at their events.

Students of the visual and digital department were required to create several pieces of artwork over the summer ranging from paintings, photographs, and sculptures. Using these pieces, visual students will be showcasing their summer artwork at the Visual/Digital Summer Show. Although the show was planned for Sept. 6, the original date of the show is being rescheduled to Sept. 27 due to complications with severe weather. Artwork can be currently seen in Building 9.

The theatre department underwent auditions and callbacks to fill up the roles for their upcoming production “Kiss Me Kate.” The broadway musical features comedic and humorous scenes, along with romance. The theatre department will have its opening night on Oct. 27 at Meyer Hall. Following dates include Oct. 28 through Nov. 5.